Kotara, Newcastle six-hour siege after alleged kidnapping from Armidale leads to a man on the run

A six-hour standoff in a suburban street sparked by a bizarre series of events has ended with two people in custody and another on the run.

A 24-year-old alleged victim called authorities from a home in Newcastle on Wednesday morning at around 3.50am to claim she was being held against her will.

NSW Police said the young woman claimed to have escaped after being taken from Armidale to a home on Park Avenue, Kotara in Newcastle on Monday.

Six-hour standoff in a suburban street has lead to two arrests in Kotora, Newcastle (pictured) 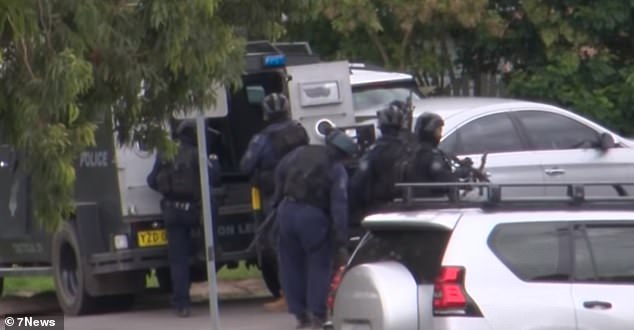 After receiving a call from the woman, dozens of officers surrounded the Newcastle property at about 4am resulting in a standoff that only ended when police stormed the house about six-and-a-half hours later, the Daily Telegraph reported.

Officers arrested a 30-year-old woman and 36-year-old-man but are still trying to find a male, 29, who fled on foot.

Police said when the younger woman left, a woman and two men who were inside the house threatened a man, 88, who was asleep in a separate part of the property.

The elderly man escaped uninjured at 5.50am and police stormed the property about 10.30am.

A 36-year-old man fled the house but was found by police soon afterward and a 30-year-old woman was arrested at the property.

There is an ongoing search effort to find a 29-year-old man who escaped on foot. 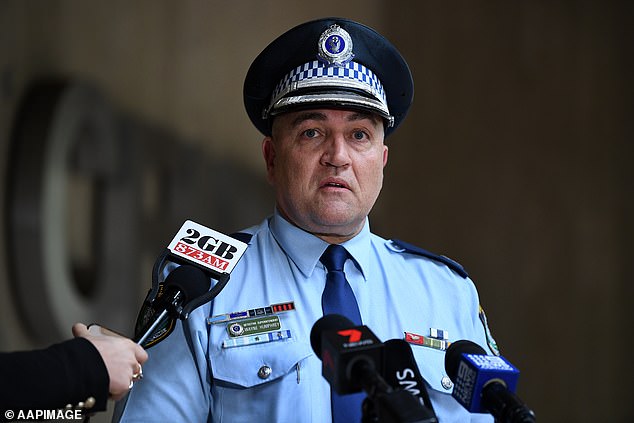 Police described the statement by the woman who said she was abducted as  ‘convoluted’.

‘Predominantly the police role in this circumstance is to ascertain the true facts of the matter,’ said Detective Superintendent Wayne Humphrey.

‘We are only slightly into quite a detailed, convoluted and confused allegation and inquiry.’

Police said some of the people involved were known to them, but they were still investigating the incident and no charges have been laid.

‘We won’t be proceeding with anything criminally until we are certain what has occurred,’ said Mr Humphrey.

They also said the two people who were arrested are cooperating with police.