Krakow was lucky – and we should all be grateful. Not only did it survive the war largely unscathed, but it was spared much of the Nazi vandalism during the occupation.

Which explains why it is regarded as Poland’s most beautiful city.

What’s more – unlike nearby Prague – it has not been consumed by mass tourism.

You can do it justice in a couple of days, but extend it to three nights if you plan to visit Auschwitz – which you should. Book your own guide on your first morning.

Tour operator Kirker Holidays can arrange this, and the guide will give you an essential overview of the past and, hopefully, some perspective on the present.

HEART OF THE CITY 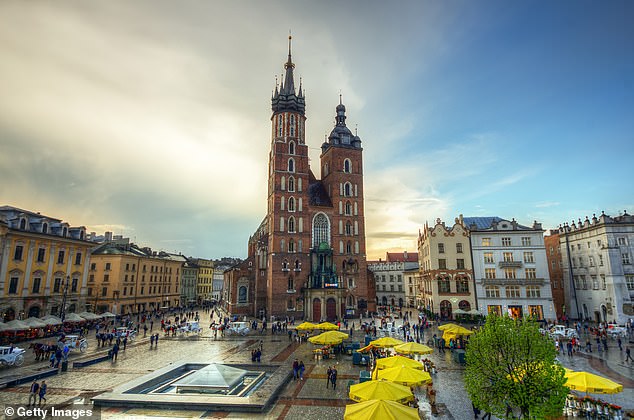 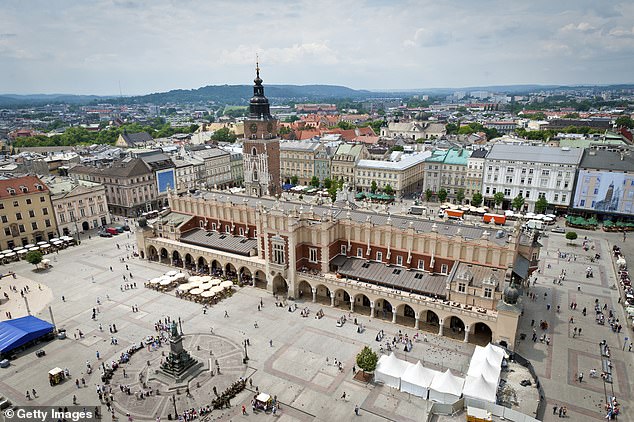 If you’re lost, just ask for the huge main square (Rynek Glowny), with Gothic St Mary’s Church in one corner, the magnificent Cloth Hall in the centre and the whole caboodle enclosed by stately 17th-century buildings.

Shame about the intrusion of a Hard Rock Cafe and Starbucks, but, overall, this is a thrilling spectacle and your starting point for any tour of the city.

A wander around Kazimierz, the Jewish Quarter, is a sober reminder of when Jews were rounded up and many executed.

Several synagogues have survived, including Remuh, dating from 1558, which has an active congregation and comes with its own variant of the Wailing Wall. Kazimierz now has a thriving nightlife and arts scene. 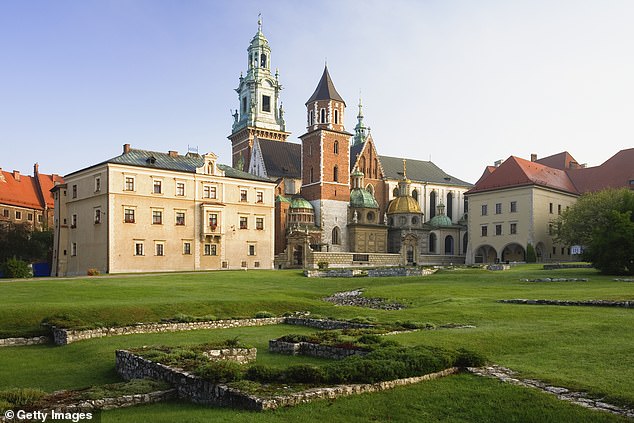 Rich history: Wawel Castle sits on a hill and was established as the Royal Residence in 1038

Wawel Castle sits on a hill overlooking the city and the Vistula river. It was established as the royal residence in 1038 and has witnessed all manner of comings and goings.

Don’t miss the Cathedral, where former kings were crowned. It is Poland’s most important church and a mix of Gothic, Renaissance and Baroque.

Meanwhile, Sigismund’s side chapel is regarded as one of the finest examples of Renaissance sacred art in Europe.

Krakow’s most famous son (although he wasn’t born here) is the late Pope John Paul II. There is a huge statue of him near the Cathedral, and a replica of his study before he became Bishop of Krakow in 1958 has been built in the Archdiocesan Museum on Kanonicza Street, near the Baroque Church of St Peter and St Paul, where concerts are held most evenings at 8pm.

GAZE AT A MASTERPIECE 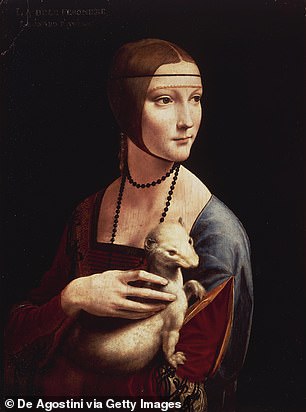 Leonardo da Vinci’s Lady With An Ermine has done the rounds in Krakow and has become a symbol of Poland’s culture of survival.

Right now, you will find it at the Wyspianski Museum, in easy walking distance of the main square.

DON’T miss the Alchemia bar. This is where playwrights and artists hang out and young liberals conspire against the non-liberal government.

Across the road is New Square, where street food is sold through small windows. There’s a market on Sundays, which gives a good flavour of everyday life.

Krakow was once the capital of Poland – when the city was built, the ground level was one storey lower, hence why there are so many underground restaurants and bars.

Lenin used to drink coffee at the Secession cafe in the main square, when the city was part of Austro-Hungarian Empire.

Schindler’s List was mainly filmed Krakow and it’s most definitely worth seeing the film before coming to the city. Visit Oskar Schindler’s Enamel Factory, which is now a museum.

WHERE TO STAY AND DINE

It’s important to be near the main square, and Hotel Stary is just off it. There’s lots of dark wood and exposed brick and, in the vaulted basement, it has a spa and a pool. Just across the square from the Stary is the famous Pod Aniolami restaurant (‘under the angels’) – where you go down and further down to find nooks and crannies in Gothic cellars. More expensive, but a step up in class, is Pod Nosem near the castle, where there are also three suites, one of which has a roof terrace with hot tub.