‘Keep the camera on them and shame them’: Krasnodar players blasted on social media after only FOUR took the knee in support of Black Lives Matter ahead of Chelsea defeat

Krasnodar have been lambasted online after seven of their starting XI decided not to take the knee before their clash against Chelsea in the Champions League.

The Russian side could not cope with Frank Lampard’s side on the net as goals from Callum Hudson-Odoi, Timo Werner, Hakim Ziyech and Christian Pulisic gave the Blues a comfortable win on the road.

But it was the display before kick-off which angered some on social media, as just four Krasnodar players took the knee in support of Black Lives Matter and against racial oppression and police brutality. 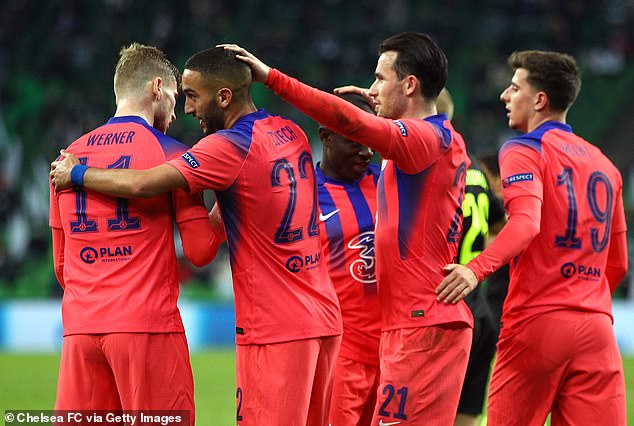 All the Chelsea players took the knee, which has become customary before play in the Premier League – but is no longer compulsory in UEFA competitions.

It comes after Marseille’s players also did not take the knee before their loss against Manchester City on Tuesday evening.

‘Keep the camera on them and shame them #BLM’

Another said: ‘Wow. Watching the UEFA champions league game between Chelsea and Krasnodar in Russia and they took a knee for the end racism campaign and more than half of Krasnodar team stood.

‘Just crazy how open racism still is in so many parts of the world.’

In terms of the actual match, Chelsea responded after Jorginho missed an early penalty when Hudson-Odoi opened the scoring.

The Premier League side ran riot in the second-half to increase their tally to four points in Group E, level at the top with Sevilla.