KRIS COMMONS: Rodgers has choice of Dembele or Griffiths

Brendan Rodgers has a choice to make now. But the Celtic manager would be the first to admit it’s a beautiful one.

Moussa Dembele or Leigh Griffiths. To play in a Champions League game at home against Bayern Munich.

Griffiths found it difficult to get into the game in Munich. Celtic hoped Bayern wouldn’t fire on all cylinders. They were relying on the Germans not being at the top of their game. Unfortunately they were.

It could have been two or three in the first ten or 15 minutes. Griffiths spent the night up front on his own, picking off scraps.

The thing Moussa Dembele gives you in these European games is physicality. He has a presence. He is strong, quick, clever, has a good touch.

I know Griffiths is a quick lad and he has such an eye for goal. But, when he’s fit and on it, Moussa has the complete game. It was always going to take him a couple of games just to get back his match edge. We saw the signs of that coming back in Aberdeen the other night.

In the Champions League, he is a real asset. You only have to look at what he did last season, scoring twice against Manchester City and once against Borussia Monchengladbach as well.

Griffiths and Moussa are very different characters. Moussa makes a racket on the field, off it he’s a quiet lad.

He is very laid back, headphones on before games. 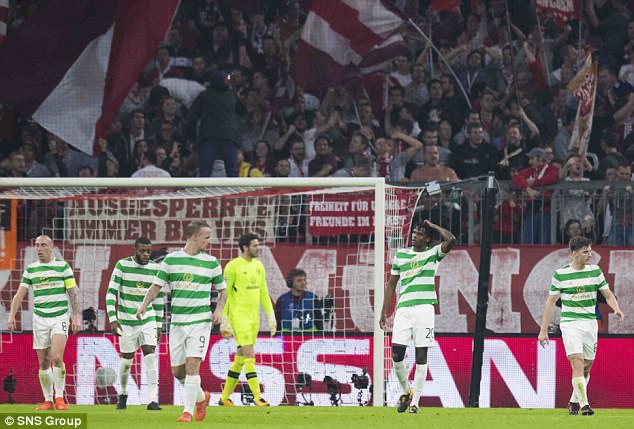 He has his own group of close friends in the dressing room. His English is decent, but not exceptional, so it’s only natural that he tries to stick to the guys who speak his first language.

But he understands his role in the team perfectly.

He has had injury set-backs with his hamstring. But if he stays fit he is a massive asset to Celtic; especially in the big games.

I know Griffiths wants to be the main man. He is a guy who thrives on pressure.

He puts enormous pressure on himself to score and he expects to score every time. He wants to be the guy who grabs the game by the scruff of the neck. He likes seeing himself in the papers, he thrives on everything that comes with playing for Celtic.

He enjoys being in the public eye. He thrives on being a focal point, a big player. And everything that comes with that.

But I know how big a toll the expectation at Celtic can have on a player week-in and week-out.

You’re not only expected to score goals in the Scottish Premiership. You are also expected to do it against the best teams in Europe as well. And it’s a big job for one man.

One of the great strengths Brendan Rodgers has shown as manager of Celtic is an ability to keep all 23 players relatively happy. That’s a real skill. 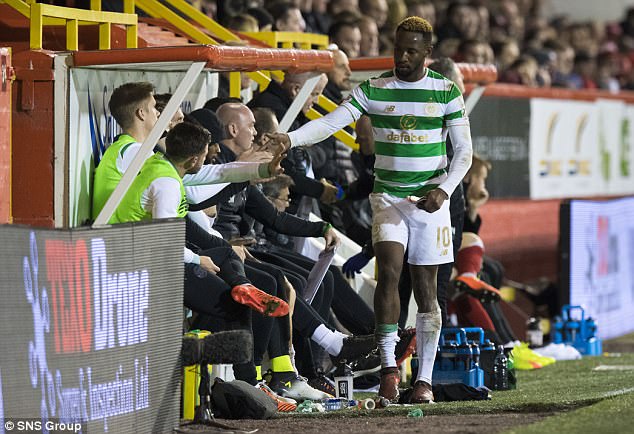 Every single player in that Celtic dressing room will want to play every single big game.

They won’t want to miss a minute.

Under the floodlights. Champions League music. Nobody wants to be sitting on the bench watching someone else line up on the pitch. Some players have made very good careers out of coming off the bench and making a name for themselves on these nights. But no one *really* wants to play second fiddle.

When you have grown used to being the main guy and the scoring focal point it’s difficult to focus sometimes on the team.

But Griffiths is an exceptional team player as well as being a very good individual. He had a little wobble, a little incident, against Partick Thistle last season.

But the fall-out from that was a reminder to him of what Celtic need; players who are an asset to the team.

When it comes to utilising his resources, Rodgers benefits from one thing. He can make 11 changes to his starting side on any given Saturday and still finish top of the league.

If Celtic fire on all cylinders they will blow everyone away. And we saw that the other night in Aberdeen.

Derek McInnes admitted as much after the game. When they are in that frame of mind and as good as that, no one can match them. They can’t get near them.

Aberdeen were relying on the fact Celtic had a hard trip to Munich, a semi-final with Hibs and a huge game at Pittodrie in the same week.

For Celtic to dominate with the most complete performance they have produced at Pittodrie proves what people already suspected.

With Moussa Dembele up front and Scotland’s centre-forward warming the bench, Celtic are now in a league of their own.