It was reality royalty Sunday in Malibu on as Kris Jenner enjoyed dinner at Nobu with Real Housewives stars Faye Resnick, Kyle Richards and Mauricio Umansky.

The quartet was seen sharing laughs at the luxe establishment as they waited for their vehicles at the valet parking area.

Jenner was dressed for the season an an all-white ensemble of a pantsuit over a white top with a luxe diamond necklace and a cross.

The Keeping Up with the Kardashians star, 65, wore her sleek black do parted to the side with black sunglasses on the early June evening at the oceanfront eatery.

Richards, 52, was stylish in a multicolored jacket over a white top with blue jeans and pink sandals.

The Real Housewives of Beverly Hills star, 52, wore her brown locks down and parted and accessorized with a large pink shoulder bag.

Umansky, 50, donned a Southwestern patterned coat over a light blue denim top and light pants with black sneakers. The real estate mogul topped things off with a grey pork pie hat and sported a goatee. 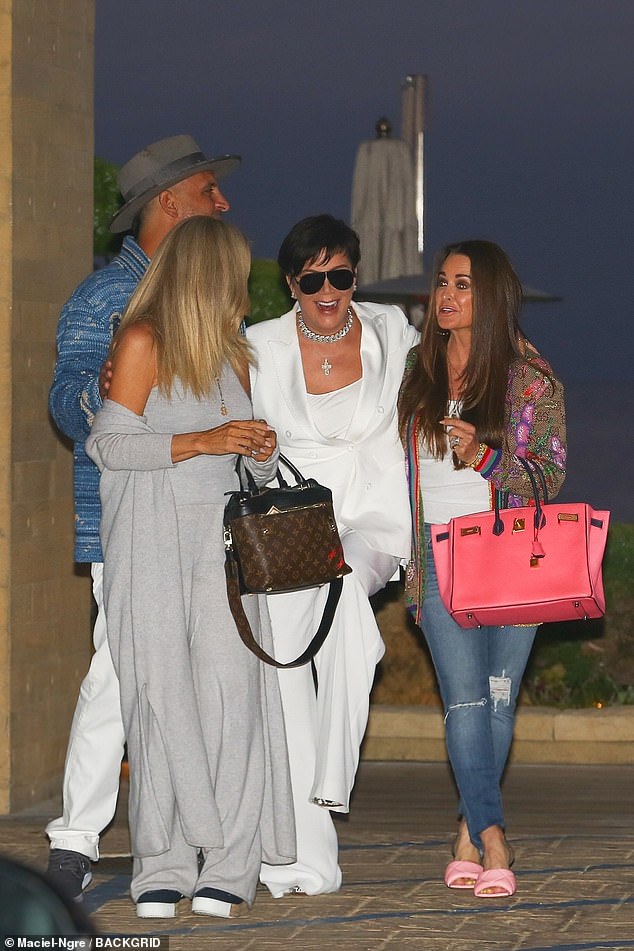 Good times: Kris reminisced with her friends on the June evening 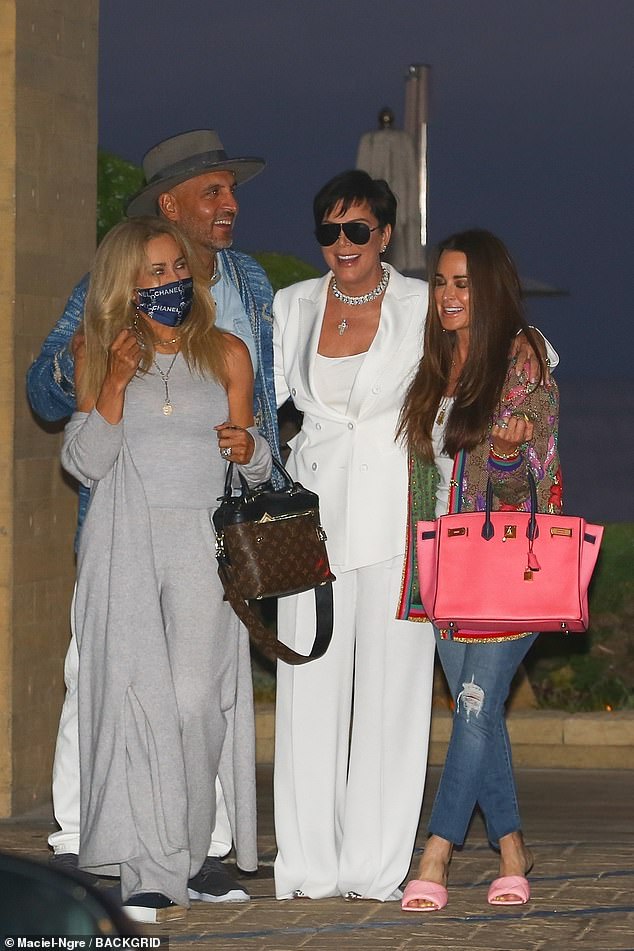 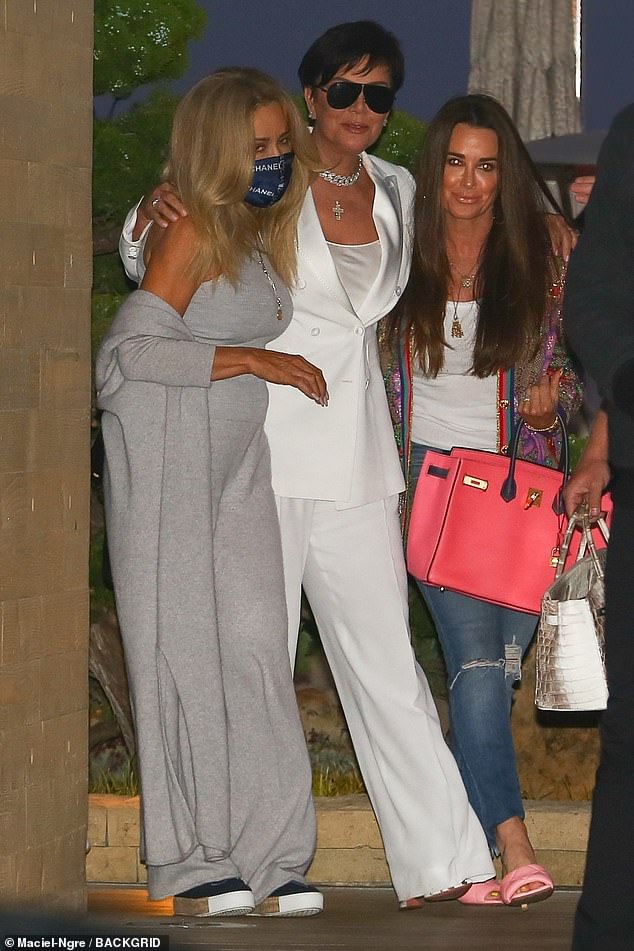 Resnick, 63, donned a sleeveless ash grey top with matching bottoms, donning a navy blue Chanel face mask and had her blonde locks down and parted.

The Brentwood native accessorized with a gold necklace and carried a designer brown box bag on the outing.

Last year, Bravo’s Andy Cohen said Jenner ‘would be a huge get’ for the Real Housewives of Beverly Hills, but doubted that she would be content to be a cast member with no producer credit. 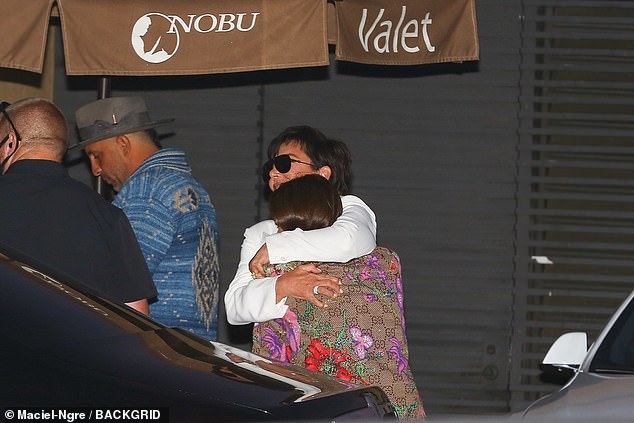 ‘She wouldn’t have control over the edits, so I think for someone who is used to having so much power over a show, I can’t see her surrendering that power,’ Cohen said on his SiriusXM radio show.

Following the news of Keeping Up with the Kardashians wrapping up after 20 seasons, Cohen sat down in March with Jenner and her daughters Kourtney, Kim, and Khloé Kardashian for Real: The Story of Reality TV. 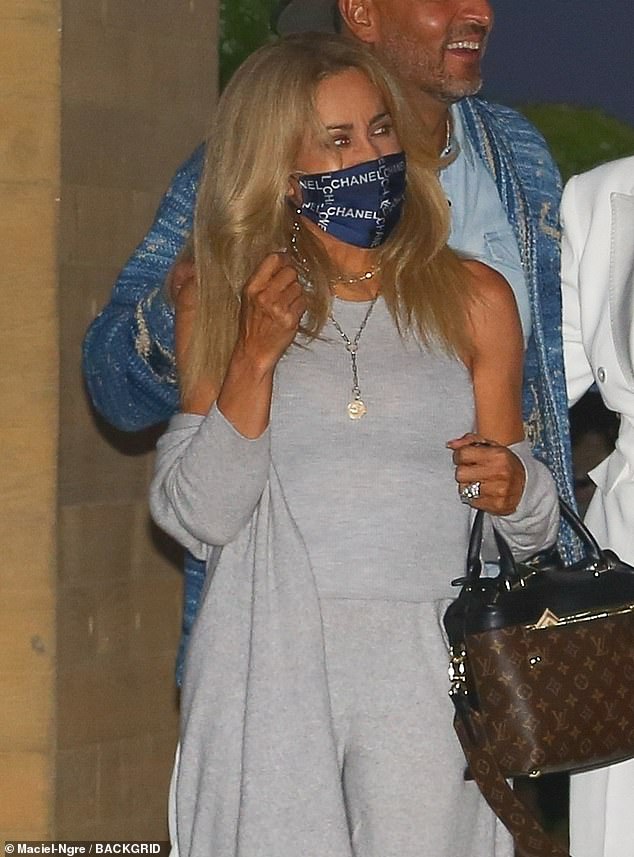 Casual: Resnick donned a sleeveless ash grey top with matching bottoms, donning a navy blue Chanel face mask and had her blonde locks down and parted 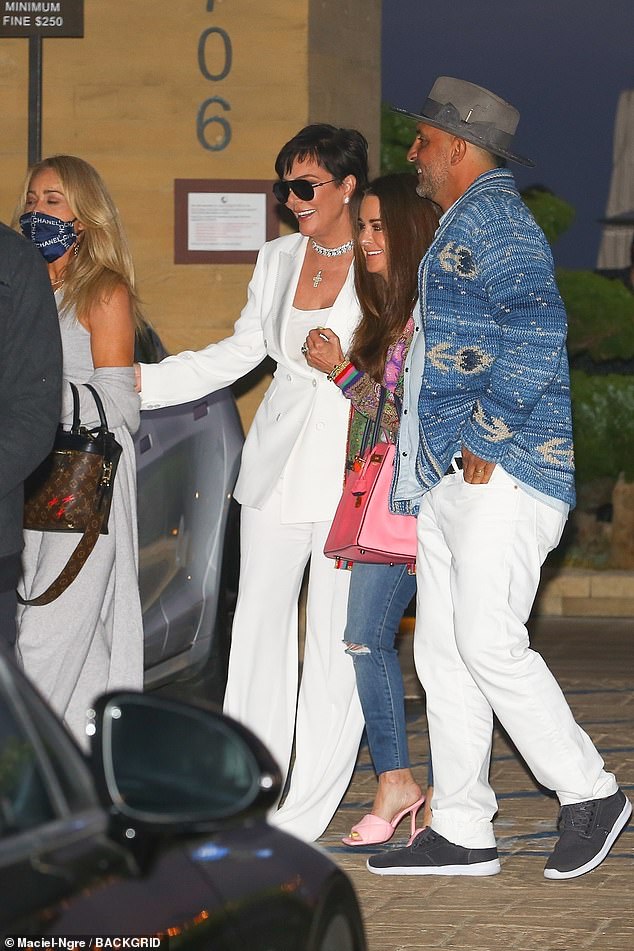 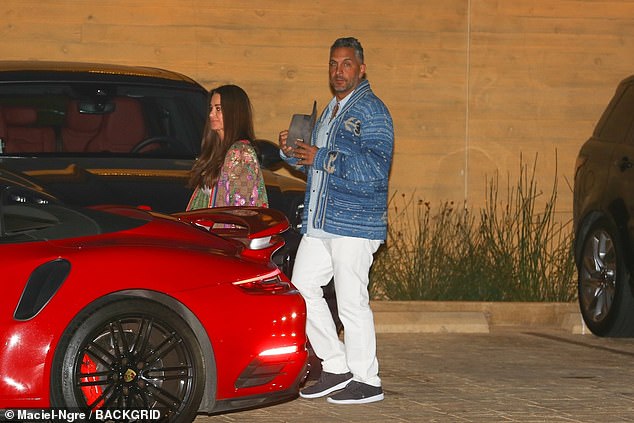 He told Jenner that fans of the reality series were hoping to see her on it in the future, and she said that she would be amenable to appearing as a guest, as opposed to a full-time cast member.

‘I think down the line, that would be great,’ Cohen told Entertainment Weekly, adding he thinks Jenner will make another appearance on the show, as she was previously seen in an episode in which Richards held a charity auction.

He said that Jenner would not be seen on the show’s 11th season as it was in production concurrently with KUWTK. 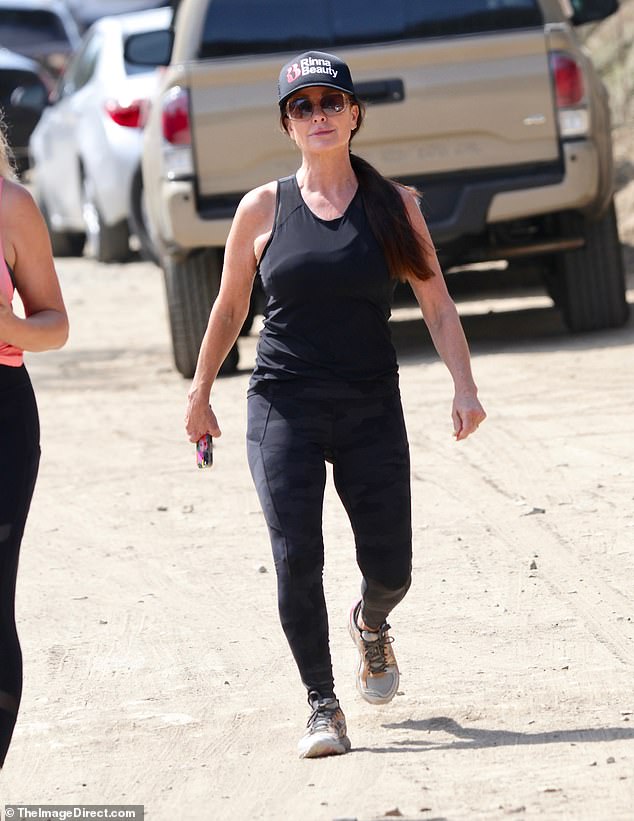 Working hard: Richards was seen in a black top and dark camouflage leggings while hiking in Studio City 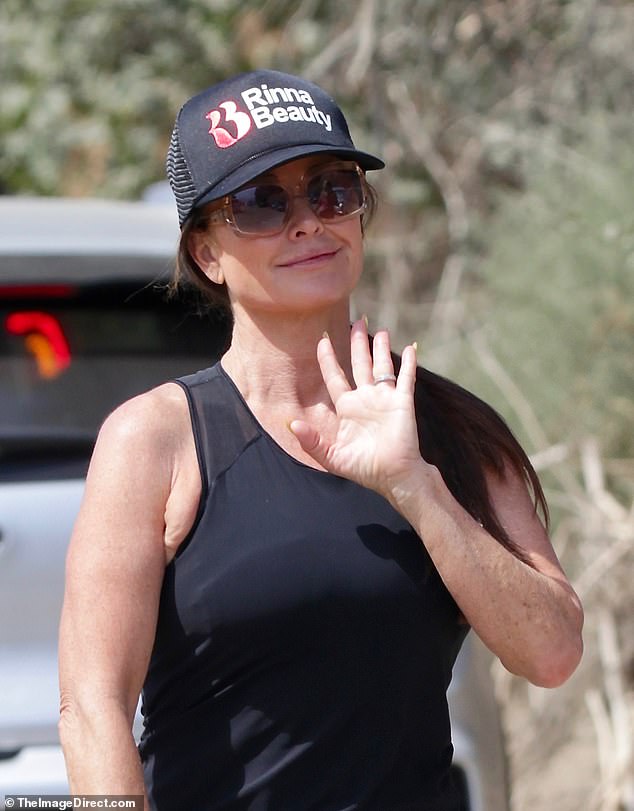 Supportive pal: The RHOBH star supported pal Lisa Rinna by wearing one of her trucker caps