The couple shared the happy news by posting a sonogram to their respective Instagram pages on Friday.

The couple have not yet shared the gender of their unborn baby, but are expecting their bundle of joy on December 19.

Mila is Sarah’s first child and Kris’ second, as he is already a father to son, Ethan, eight, from his previous relationship with Dannii Minogue. 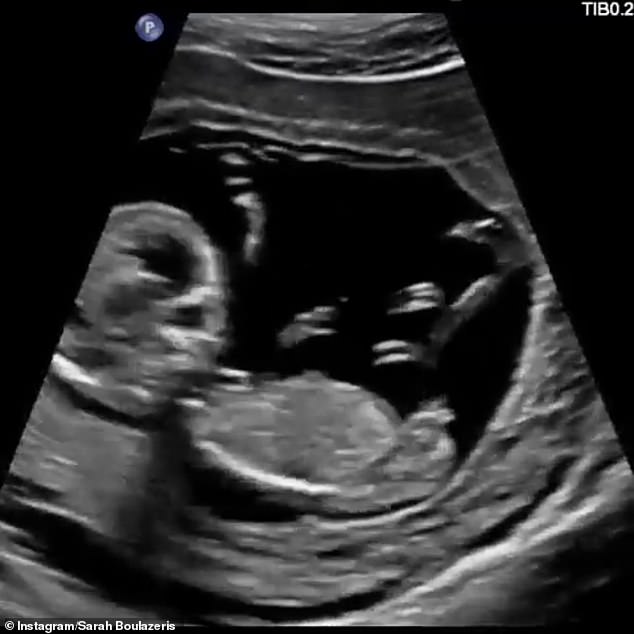 Countdown: The couple shared the happy news by posting a sonogram to their respective Instagram pages on Friday

The former rugby league player and Dannii first met in Ibiza and went on to welcome Ethan in 2010, before splitting two years later in 2012.

Kris later met Sarah, and they have been dating since 2017.

In April, the British-born star announced he and Sarah had decided to move their family to the Victorian capital. 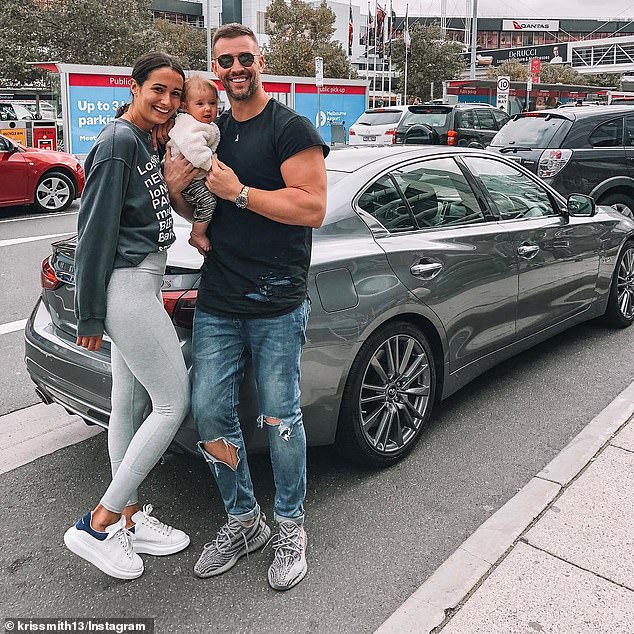 ‘We did it, we uprooted the whole family, our whole lives and we moved back to Melbourne,’ Kris told his fans at the time.

‘It was hard to leave the beautiful Sydney beaches and weather, but Melbourne is now to be our home… Looking forward to this new chapter,’ he added. 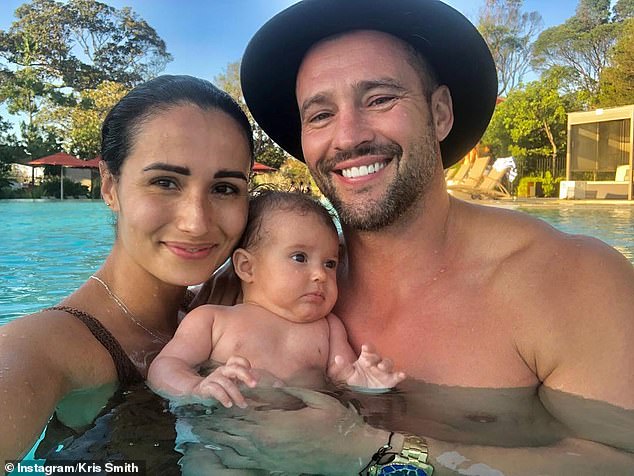 New chapter: The couple previously lived together in Sydney, but Kris revealed in April that he and Sarah are now living in Melbourne