Krishnan Guru-Murthy is taken off air for a WEEK

Tory minister Steve Baker last night said sacking Krishnan Guru-Murthy would be a ‘service to the public’ after he was branded a ‘c**t’ by the veteran presenter off-camera.

Channel 4 bosses have already announced that Guru-Murthy will be taken off air for a week following uproar over the snide remark, which followed a ‘robust’ interview with the Minister for Northern Ireland about Suella Braverman’s decision to step down as Home Secretary.

After the interview, the live feed switched to Prime Minister Liz Truss’s Downing Street home. Guru-Murthy believed he was no longer on air, but his comments were picked up by other livestream broadcasts nearby.

In the footage, the presenter said: ‘It wasn’t a stupid question, Steve, you know it. I’m very happy to go up against you on [PM Liz] Truss any day. What a c**t.’

Speaking to Times Radio afterwards, Mr Baker said he did ‘not have a great deal of regard’ for the presenter, claiming he had ‘called him out for misrepresenting the situation through the construction of his question, I think live on air, or I thought it was a pre-record’.

He added: ‘And he clearly didn’t like that, quite right, too. But I’d be quite honest, I spent a long time live on air, calling him out on his conduct as a journalist and glad to do so any time.

‘But it’s most unfortunate that he’s sworn on air like that. If it’s in breach of his code of conduct, I do hope they sack him — it would be a service to the public.’

He later thanked Guru-Murthy for apologising on Twitter, saying he ‘appreciated’ the gesture.

Today, a Channel 4 statement confirmed Guru-Murthy would be taken off presenting duties following the row.

A spokesman said: ‘Channel 4 has a strict code of conduct for all its employees, including its programming teams and on-air presenters, and takes any breaches seriously.

‘Following an off-air incident Channel 4 News anchor Krishnan Guru-Murthy has been taken off air for a week.’

Guru-Murthy will not return to Channel 4 News before November 4 due to a pre-existing week of leave.

It comes after a number of Mr Baker’s Tory colleagues reacted to the clash, with one appearing to demand Guru-Murthy’s resignation.

Lewes MP Maria Caulfield tweeted: ‘Of course the Media are not biased in any way’, followed by a rolled-eyes emoji.

One said: ‘Surely Krishnan Guru-Murthy has got to get the sack or at least a suspension @Channel4News. You can’t get away with that – surely not.’

It is not the first time MPs have questioned Guru-Murthy’s impartiality, including as recently as this summer’s Conservative leadership contest, when Channel 4 hosted a debate between five of the runners and riders.

Mr Benton tweeted at the time: ‘Candidates can barely get a word in with this biased woke presenter in this debate. Why give left-wing #Channel4 the first leadership debate? #ToryLeadershipContest’

Eddie Hughes, the MP for Walsall North, sarcastically added: ‘Thanks to Channel 4 for their diligence in selecting an audience of genuine floating voters…’

It comes as Nadine Dorries was accused by MPs of using parliamentary privilege to ‘traduce the reputation’ of Channel 4 while she was culture secretary.

A report by the Digital, Culture, Media and Sport Committee said her claim that Channel 4 had used actors instead of real people in a 2010 documentary about a deprived housing estate was ‘groundless’. 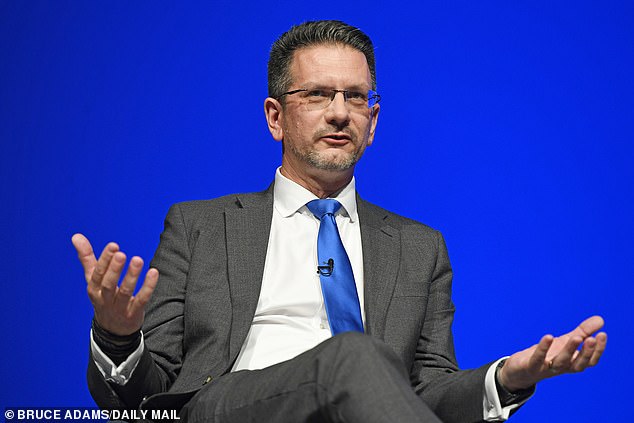 After the interview, the live feed switched to Prime Minister Liz Truss’s 10 Downing Street home and Guru-Murthy believed he was no longer on air. But his comments about Mr Baker (pictured) were picked up by other livestream broadcasts nearby

She had made the claims when she was giving evidence to the committee in May. She stepped down as culture secretary last month.

Guru-Murthy last night issued an unreserved apology for the blunder.

‘After a robust interview with Steve Baker MP I used a very offensive word in an unguarded moment off air,’ he said.

‘While it was not broadcast that word in any context is beneath the standards I set myself and I apologise unreservedly. I have reached out to Steve Baker to say sorry.’

Mr Baker replied: ‘I appreciate you apologising. Thank you.’

The pair went head-to-head after Ms Braverman was forced to step down over sending a sensitive document from her personal email.

The MP backed Ms Braverman in the interview, saying she showed ‘great integrity’ by acknowledging her mistake and tendering her resignation.

Mr Baker said had it not been for the mistake, he had no doubt Ms Braverman would have continued on in her role – which Guru-Murthy disputed.

The anchor noted Ms Braverman took ‘clear potshots’ at the PM in her resignation letter.

She said when people made ‘mistakes’ – something Ms Truss has admitted – the right thing to do was quit.

‘This government is looking like a joke,’ Guru-Murthy said. ‘This is another example of incompetence by this government, isn’t it?’ 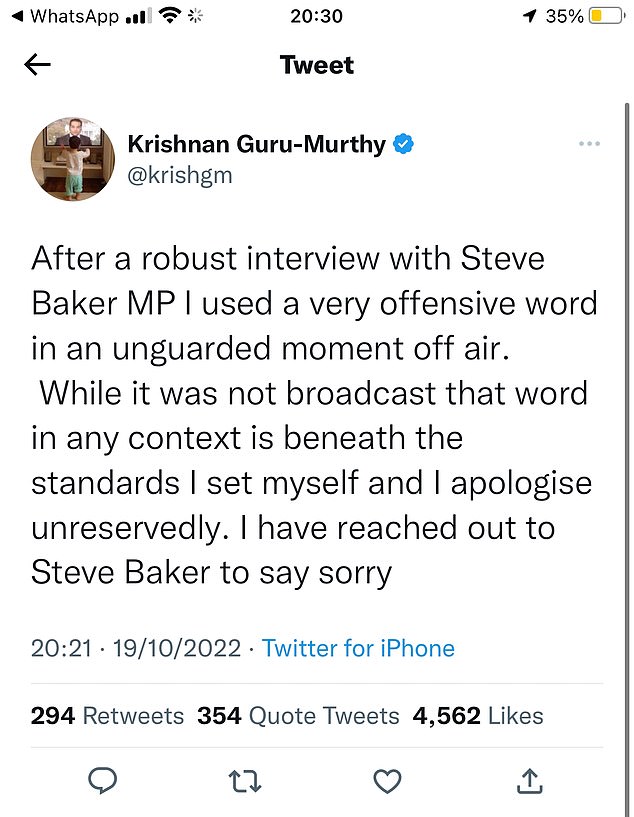 On Wednesday night Guru-Murthy issued an unreserved apology over the blunder. ‘After a robust interview with Steve Baker MP I used a very offensive word in an unguarded moment off air,’ he said. ‘While it was not broadcast that word in any context is beneath the standards I set myself and I apologise unreservedly. I have reached out to Steve Baker to say sorry’ 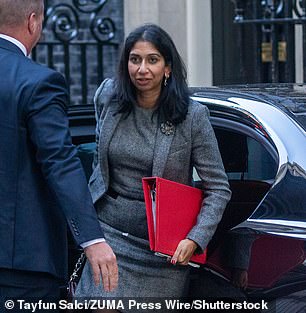 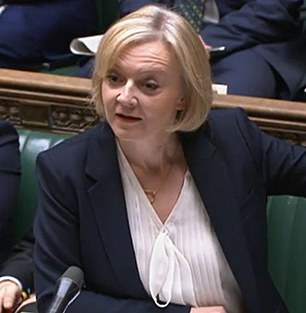 But Mr Baker said ‘tensions are bound to emerge at times of resignation’ and he hoped Ms Truss will be able to ‘reappoint Suella in the new year’.

There is believed to have been a bust-up between Ms Braverman and Ms Truss – who were rivals in the Tory leadership contest – over immigration and visa policy last night.

She was under pressure to sign off a plan to liberalise migration rules to help boost the economy, as part of Ms Truss’s drive for growth.

The former minister appears to have sent an email with details of the proposed policy to a parliamentary staffer. There was speculation she could have been trying to sabotage it.

One Tory MP close to Ms Braverman told MailOnline of the security breach: ‘It’s the kind of thing that you give a wrap on the knuckles and carry on – unless you want to get rid of someone.’

The MP said Ms Braverman ‘wasn’t happy over their stance on immigration’ and warned more resignations could be imminent.

They added: ‘I get the impression we’re going to get an avalanche.’