Bulgarian heavyweight boxer Kubrat Pulev is ordered to attend sexual harassment class and fined $2,500 after he was suspended for kissing female interviewer live on air

By Glen Williams For Mailonline and Marlene Lenthang For Dailymail.com

Bulgarian heavyweight boxer Kubrat Pulev has been hit with a $2,500 fine and ordered to complete a sexual harassment course in order to fight again after he kissed a female reporter without consent.

The 38-year-old boxing champ grabbed reporter Jennifer Ravalo’s face and kissed her during a live interview just moments after knocking out his opponent Romania’s Bogdan Dinu on March 32 in Costa Mesa, California.

The California State Athletic Commission suspended Pulev indefinitely after the forced kiss and Ravalo hired an attorney to sue the boxer.

The fighter also known as ‘The Cobra’ appeared before the Commission on Tuesday where he was ordered to complete a sexual harassment training course and upon completion would be reinstated on July 22. 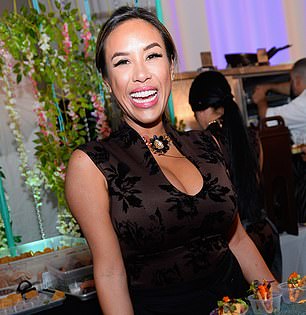 Bulgarian heavyweight boxer Kubrat Pulev (left) has been hit with a $2,500 fine and ordered to complete a sexual harassment course in order to fight again after he kissed reporter Jennifer Ravalo (right) without consent on March 23 during a live interview 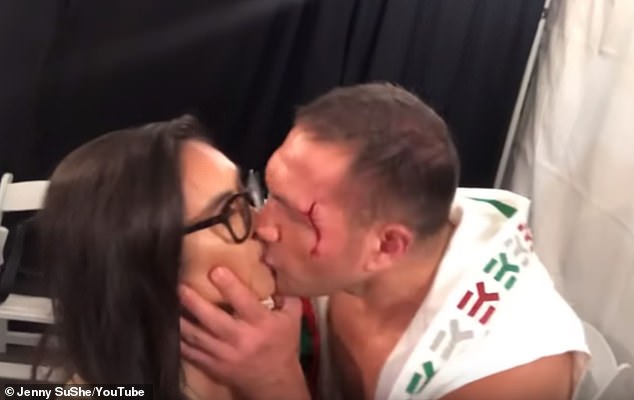 He forcibly kissed Ravalo during a live streamed post-game interview on March 23 in Costa Mesa, California, moments after he beat his Romanian opponent Bogdan Dinu 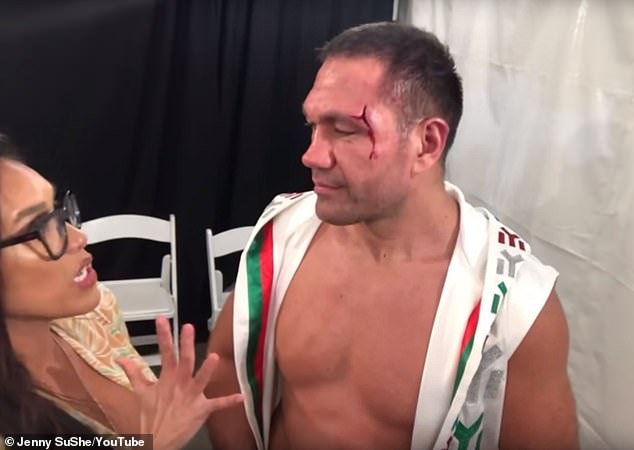 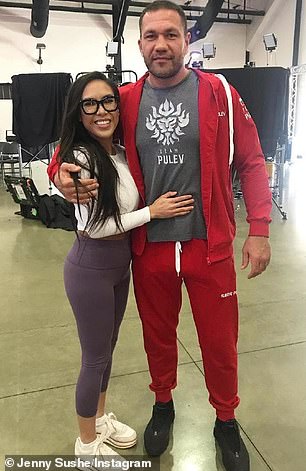 If he commits any similar offenses in the future he could face a lifetime ban in California, according to TMZ.

During Tuesday’s tense teaching the CSAC commissioner lectured Pulev about sexual harassment, slamming his actions as unacceptable and dangerous.

He in turn apologized for his actions.

During the hearing Pulev, one of Bulgaria’s most popular athletes, was supported by his Bulgarian pop star girlfriend Andrea who sat behind him wearing dark glasses.

Attorneys for Pulev said that the fighter had got caught up in the moment following his big win and ‘didn’t have his wits about him’ when he kissed the reporter. 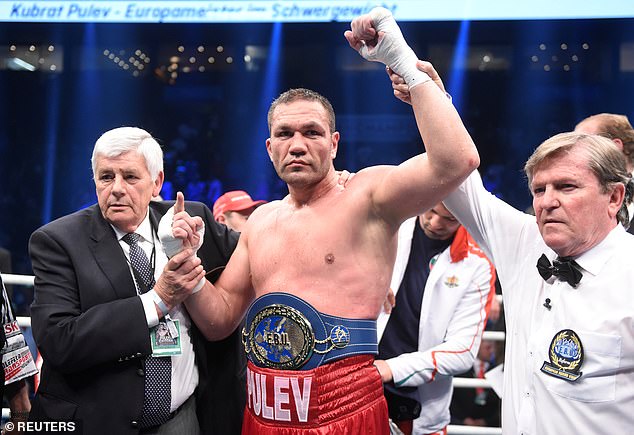 Pulev and his lawyers argued in the hearing that Ravalo did not appear to be very upset about the incident because she joined the boxer and his team at a post-match celebration later that night.

But Ravalo said in tearful testimony that Pulev also grabbed her buttocks off-camera following the interview, leaving her feeling humiliated, and has not apologized in the two months since.

‘I did not want him to kiss me,’ Ravalo said.

Pulev so far has only one loss in 27 fights.

If he completes the course and continues to fight, Pulev could potentially face Anthony Joshua and Tyson Fury in the ring.