Kyle Sandilands and Jackie ‘O’ Henderson have explained what really happened on Friday when they walked off their own show in a ‘hissy fit’.

The KIIS FM radio presenters had stormed out of the studio during an interview with Alan Jones after learning the live broadcast was being censored.

Returning to the airwaves on Monday, Sandilands brushed off the incident and said it was just the result of ‘mixed signals’ between the hosts and station management.

‘Well, we made it back. Who would have thought?’ he said.

‘We left the show on Friday in a hissy fit. What happened was, there was some confusion between management and mixed signals, wishy-washy back-end bulls**t.’

Sandilands then acknowledged he’d been a bit ‘testy’ lately after welcoming his first child with fiancée Tegan Kynaston, which may explain his short temper.

Later in the show, Henderson clarified that the actual moment that was censored on air ‘wasn’t even that big a deal in the first place’.

It comes after The Kyle and Jackie O Show was plunged into chaos on Friday when Sandilands went home early following a confusing incident. 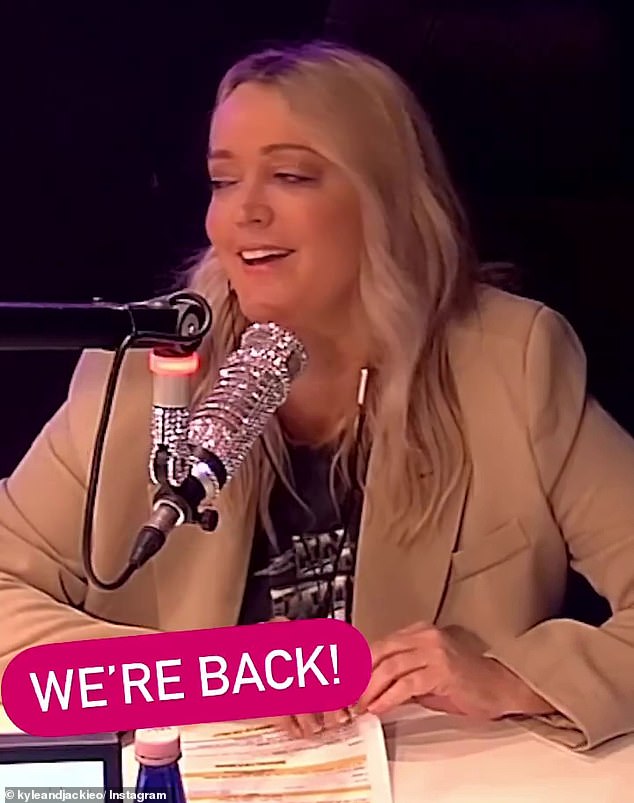 Later in the show, Henderson (pictured) clarified that the actual moment that was censored on air ‘wasn’t even that big a deal in the first place’

Sandilands and Henderson were interviewing conservative pundit and former 2GB anchor Jones when the chat was suddenly ‘dumped’ from the air.

‘Dumping’ is radio terminology for when a live show is cut off because the broadcast delay, usually around 45 seconds, is insufficient to censor inappropriate content.

It was unclear at the time what caused the incident, but the KIIS FM show abruptly dropped the interview and launched into approximately nine minutes of ads before returning to the airwaves. 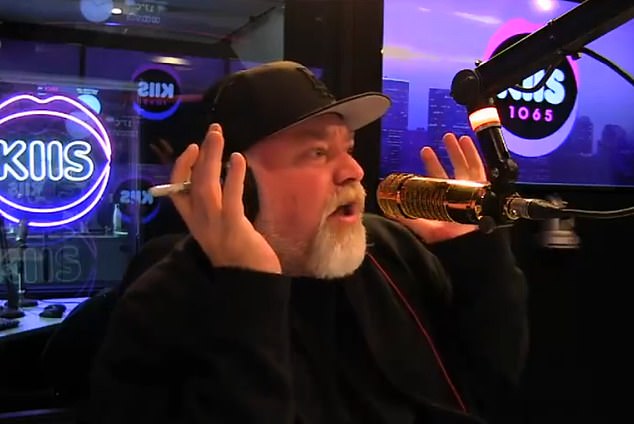 When they came back, a frustrated Sandilands explained they were in the middle of a ‘very big situation’ and he’d been advised by his lawyers to leave.

‘The communication, when it breaks down internally, anything can happen,’ he said.

‘So it’s too dangerous for me. My lawyer said, “Pull yourself off the air until everyone is singing from the same hymn book.”‘

‘It’s no good telling me and Jackie one thing and telling the staff…’ he continued, before being censored by a string of bleeps. 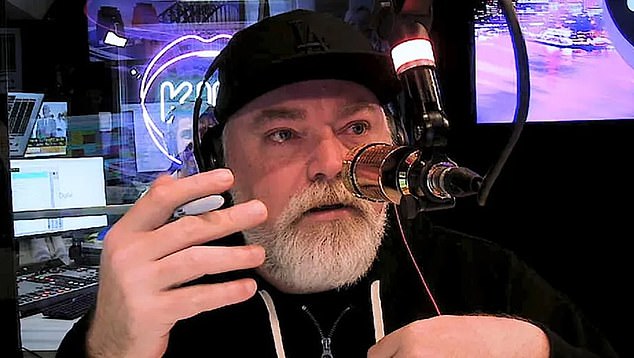 After the bleeping, Henderson chimed in and said: ‘How were we ever going to know? Communication is key in these situations.’

Sandilands then said he was ‘turning the microphone off’ and calling it a day.

Right before the segment was dumped, Sandilands and Jones were discussing how KIIS FM had poached some talent from Jones’ former radio network 2GB. 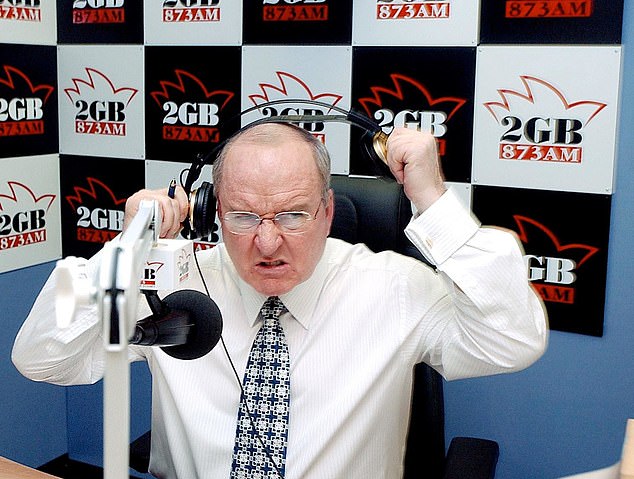 Sandilands then said that one of the staffers they snagged, who now works as a panel operator on The Kyle and Jackie O Show, was caught watching compilation videos on YouTube of both Sandilands and Jones having ‘meltdowns’.

Jones then started to talk about how he had been ‘secretly taped’, causing Jackie to audibly gasp.

As he tried to tell the story, the segment was ‘dumped’ from the air before a series of pre-recorded ads started to play for nine minutes. Sandilands and Henderson later returned to the airwaves without Jones.

An ARN spokesperson told Daily Mail Australia: ‘Kyle was upset about a segment that was dumped this morning and decided to give himself and the team an early mark. The guys are back Monday from 6am.’ 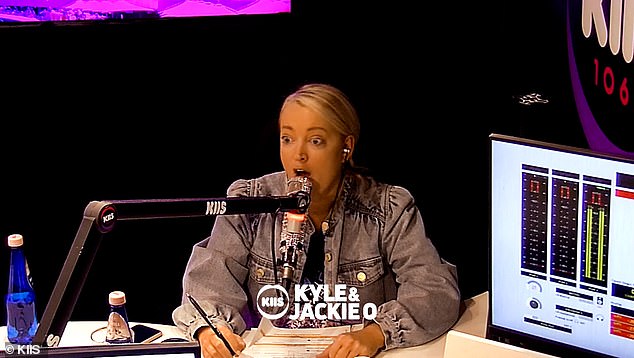 Jones hosted a popular breakfast show on 2GB for 18 years before leaving in 2020.

At the time, the millionaire Sydney broadcaster told listeners he was quitting due to ill health.

His departure came in the wake of controversy over comments he had made about New Zealand Prime Minister Jacinda Ardern.

Jones later apologised for his remarks after sponsors briefly boycotted the Macquarie Network, then owners of 2GB.

In 2021, Jones lost his spot on Sky News Australia when his contract wasn’t renewed. 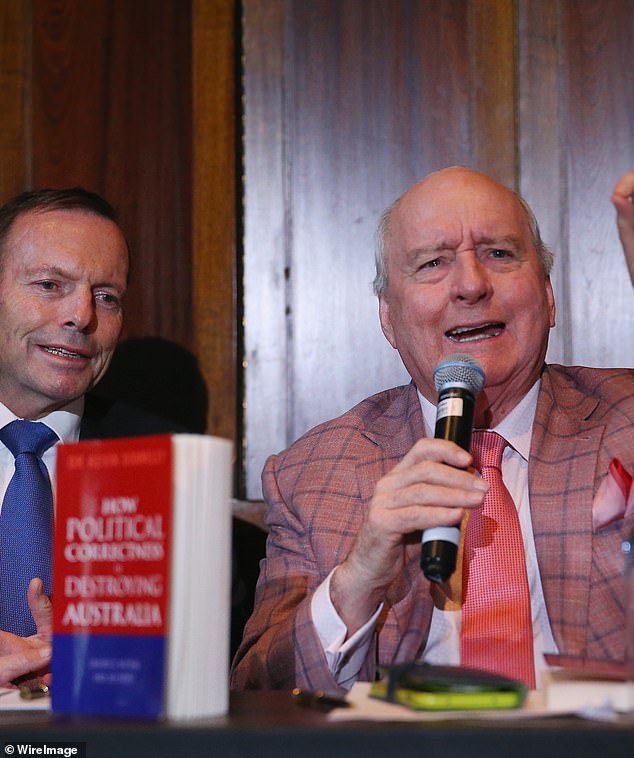 Back in September, Sandilands unleashed on his own radio station in an eight-minute rant after what he perceived as a snub by the company’s publicity team.

The 51-year-old was angry over the lack of press coverage of The Kyle and Jackie O Show’s historic ratings triumph that week, which saw the KIIS 106.5 breakfast program record its biggest-ever audience in Sydney.

Media outlets glossed over this fact and instead focused on 2GB host Ben Fordham’s market-leading audience share. This is because radio ratings are typically reported in terms of percentage share rather than overall audience numbers.

Sandilands said the PR department at KIIS FM’s parent company ARN should have fired off a press release emphasising his show’s ratings milestone, labelling them ‘losers’, ‘flops’ and ‘absolute a**eholes’ for the apparent oversight. 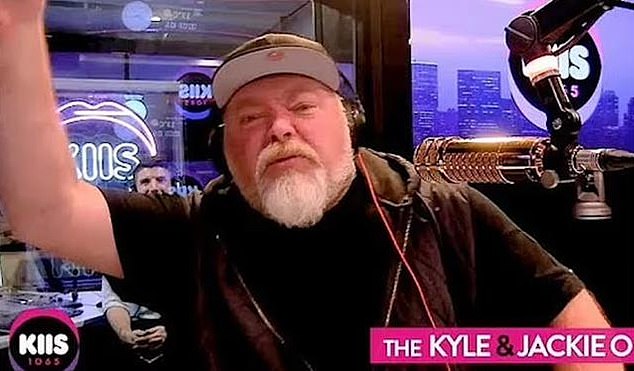 Back in September, Sandilands unleashed on his own radio station in an eight-minute rant after what he perceived as a snub by the company’s publicity team

Furthermore, The Kyle and Jackie O Show’s ratings milestone was in fact highlighted in a press release put out by ARN after the latest GfK ratings survey.

The release included survey highlights for other ARN stations, including WSFM.

‘I am sick and tired of working here,’ Sandilands snapped live on air.

‘Everyone is a loser, except for everyone on this show. Everyone else outside of this show is a massive loser. I am not joking.’

He added: ‘They have got no idea. This whole station couldn’t pull a root in a brothel with a wheelbarrow full of money and a grin. They wouldn’t know, they wouldn’t get laid. They are too dumb. Imbeciles.

‘I am sick and tired of this joint hiring idiots to run things and then it takes them a year to find out that guy is a d**khead and he should be fired. Get rid of the flops. I should be running this whole joint.’ 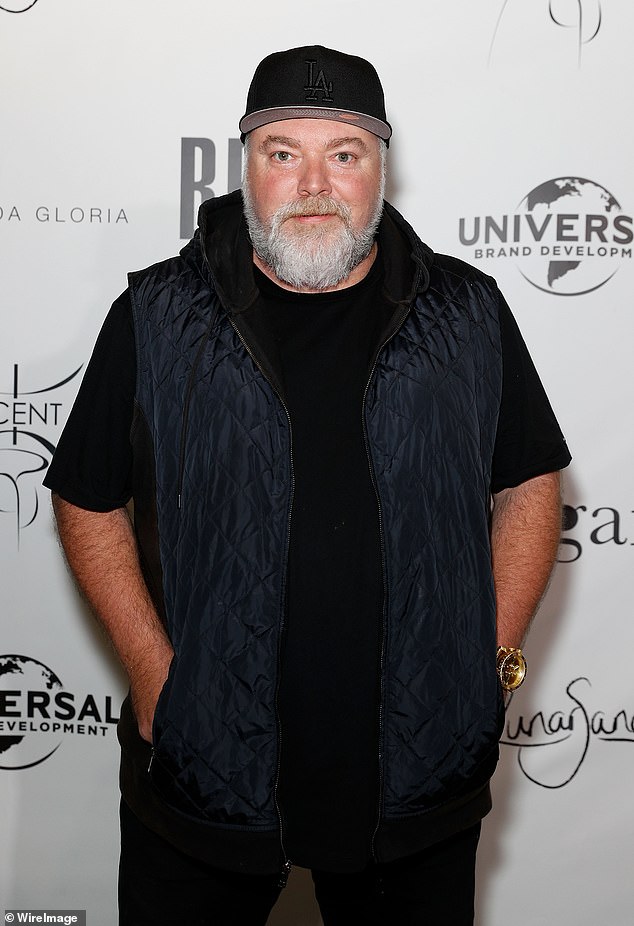 ‘I am sick and tired of working here,’ Sandilands snapped live on air. ‘Everyone is a loser, except for everyone on this show. Everyone else outside of this show is a massive loser’