Kyle Edmund’s heroic run to the semi-finals of the Australian Open came to an end on Thursday, but he didn’t go down without a fight.

The British No 2 was beaten in straight sets by No 6 seed Marin Cilic to set up a potential fight with either Roger Federer or Hyeon Chung.

Though it proved a step too far to reach the final, Edmund has certainly left his impression on Melbourne over the last fortnight. 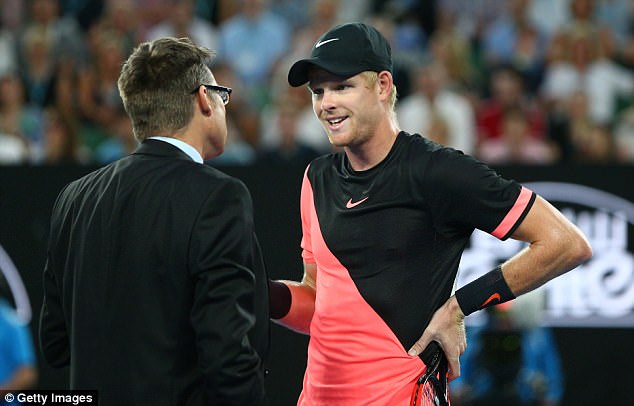 But it was the umpire and match referee who received a verbal volley when the 23-year-old disputed a line call in the second serve.

He demanded to see the match referee after umpire John Blom awarded Cilic a point when he correctly challenged an out call off his serve.

Though Edmund had failed to return the ball in, he disputed that the call from the line judge had distracted him. Replays indicated the call came at the exact moment he made his return.

Edmund was incensed that the point would not be replayed and after a long, audible conversation with the chair umpire  was granted his wish when the match referee came out on court.

Another lengthy discussion with Andreas Egli followed, but Edmund did not get his wish and the point was awarded to Cilic.

It did act to light a fire in Edmund at least as he upped his game and took the Croat to a second set tie break, though it was not enough to change the result. 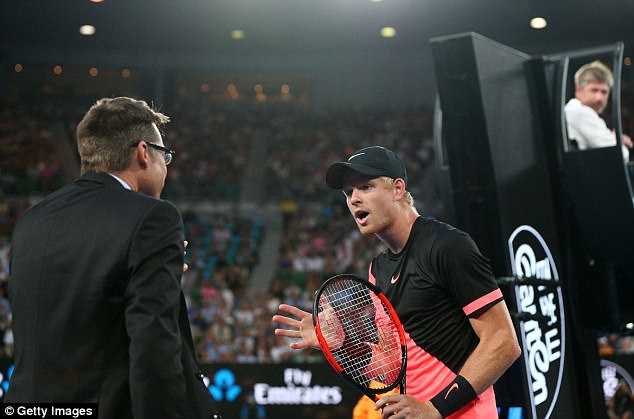 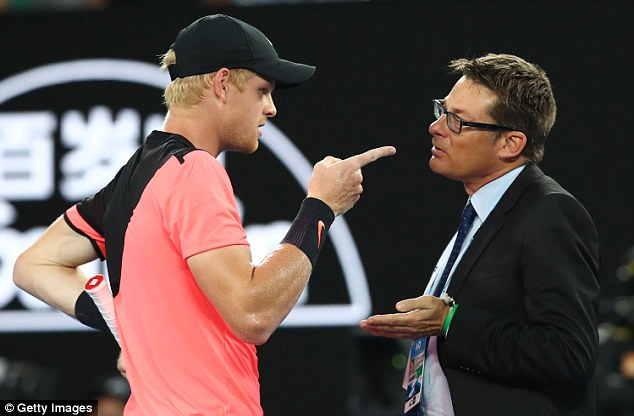