Kyle Edmund promised gourmet meal by Ramsay if he can win

Gordon Ramsay offered his unscientific take on Kyle Edmund’s physique as the British No 2 prepared to take on Marin Cilic in the Australian Open semi-finals.

‘He’s like a butcher’s dog, lean and full of muscles,’ said Ramsey, currently filming in Australia, when he met the man of the moment at Melbourne Park on Wednesday. The irascible chef promised to cook dinner if Edmund somehow wins the title — ‘He is allowed to have butter and cream’.

This is the sort of thing that happens when the world wants to know your name. It brings to mind the celebrities who were often present during Andy Murray’s five runs to the final here: the likes of Ricky Hatton, Billy Connolly and Jimmy Carr. 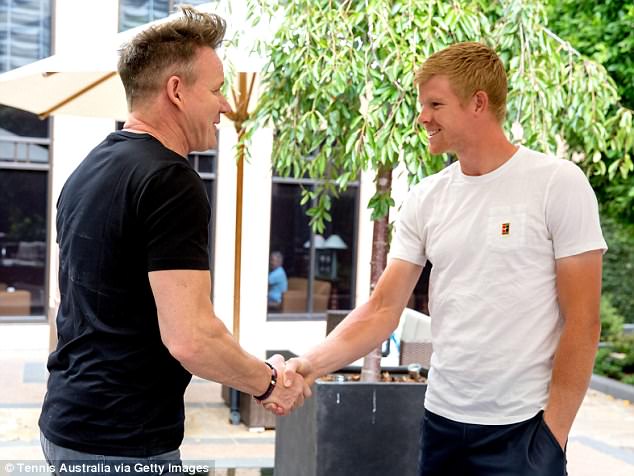 The serious business unfolds on Thursday morning, UK time, with Edmund attempting his third giant-killing of the fortnight when he tackles No 6 seed Marin Cilic.

Edmund has come a long way from his four years spent living in the dormitory-style lodgings at Roehampton’s National Tennis Centre, something he has had time to reflect on.

‘From 16 to pretty much 20 I was staying at the NTC. It’s just the way it is,’ said Edmund. ‘London is an expensive place to live so until I financially could get my own place, that was the option. It was where I trained.

Yet as his co-coach Fredrik Rosengren pointed out, his client is not the type who will be running out to buy Ferrari, even if he was to reach the final and pocket the minimum £1.16million that would come with it.

There would also be the small matter of him overtaking Murray as British No 1 and moving into the world’s top 20. 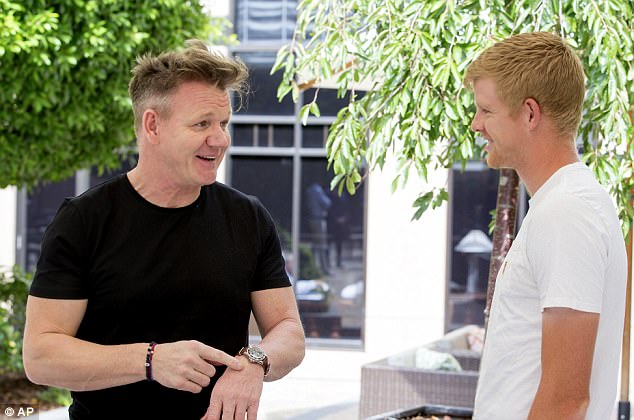 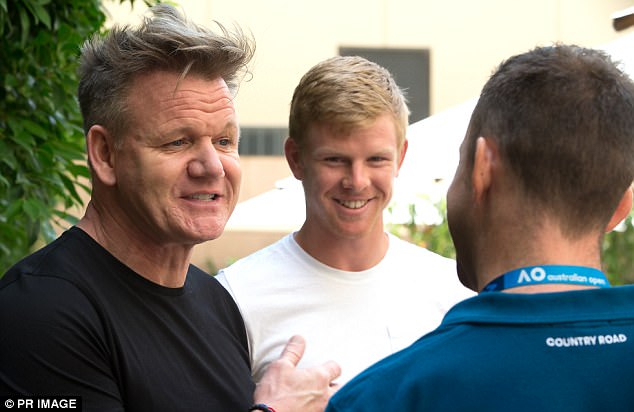 If that is to happen then he would need to reverse the result of the Shanghai Masters, the only time he has faced Cilic before.

‘I played him in China at the end of last year. It was 6-3 and then a tiebreaker. He’s obviously a different game style to Rafa (the player he defeated on Tuesday), the way the ball comes across. It’s going to be a tough match but I feel good about my game. I’m in a good place, so I’m just really looking forward to it.’

A word of caution is that the last time Cilic faced a similar situation, at Wimbledon, he handled it with aplomb.

In that semi-final he faced Sam Querrey, a powerful server with a tasty forehand, coming off the back of a big win, against Murray. The 29-year-old Croatian won his fifth Grand Slam semi in four sets. He has not lost a match to a player ranked as low as Edmund since fellow Brit Dan Evans a year ago. 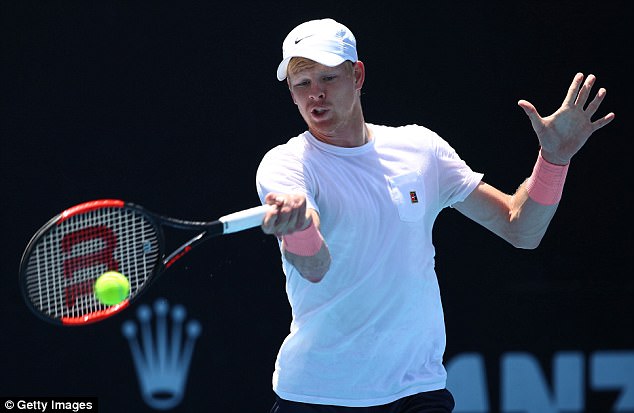 After meeting Ramsay, Edmund was back out on the practice courts ahead of his semi-final tie 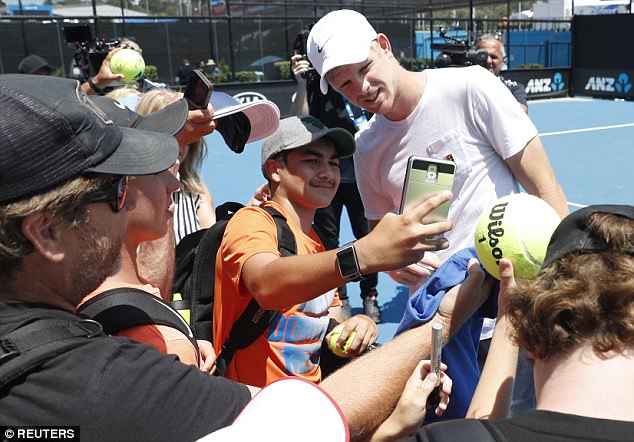 Cilic is a phlegmatic character who became a rare interloper among the Big Four when he won the US Open in 2014. The previous year he tested positive for the banned substance Nikethamide, but got a truncated five-month ban because of the low dosage and acceptance that he accidentally ingested it while taking glucose tablets.

More popular among his peers than Maria Sharapova, the episode rarely gets an airing these days, by contrast.

Edmund spent Wednesday warming up with Thomas Johansson, the Swede who bolted from the blue to win this title in 2003, and who the 23-year-old Yorkshireman now wants to emulate in what would be a comparable triumph. 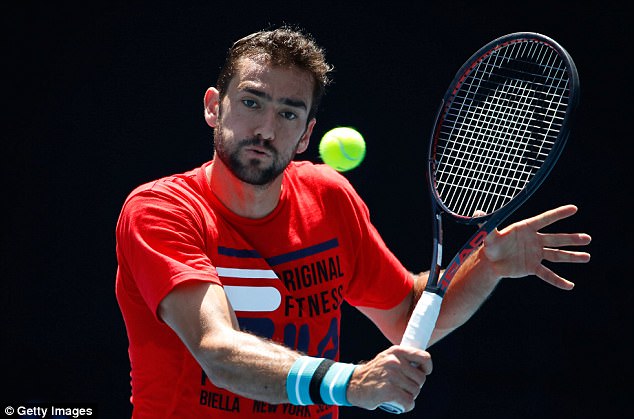 Marin Cilic is next up for Edmund, as he battles for a place in the final of the Australian Open 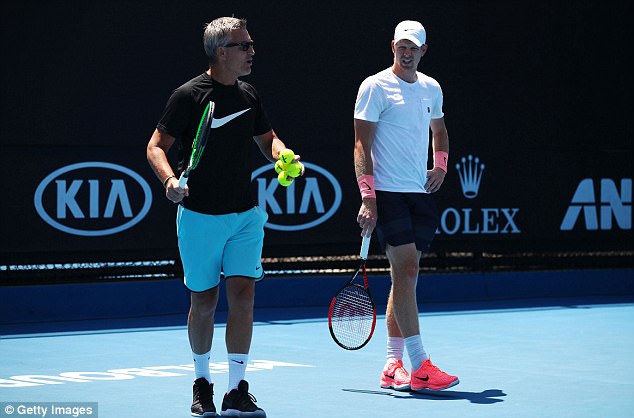 Johansson is a friend of Rosengren, the extrovert credited with enabling Edmund to shed his inhibitions and fulfil his talent this fortnight.

Rosengren does not expect much change in Edmund, whatever the result. ‘He’s a very down-to-earth, polite guy so I’m not expecting him running out tomorrow and buying a Ferrari. He’s not that kind of guy,’ said Rosengren. ‘I have worked with players who would definitely buy a Ferrari the next day; I have worked with players who share a Volkswagen Polo with their mother so I’ve been through all this stuff.’

He expects Edmund to handle the occasion, based on what he saw against Grigor Dimitrov: ‘The way he handled it was unbelievable for me. Even if he’d have lost yesterday, I told him to go in there with the eyes open, the chest out and try to enjoy and I was so happy when I saw him walk on court. I said to him after, “Even if you had been killed yesterday”, that was the most important thing. 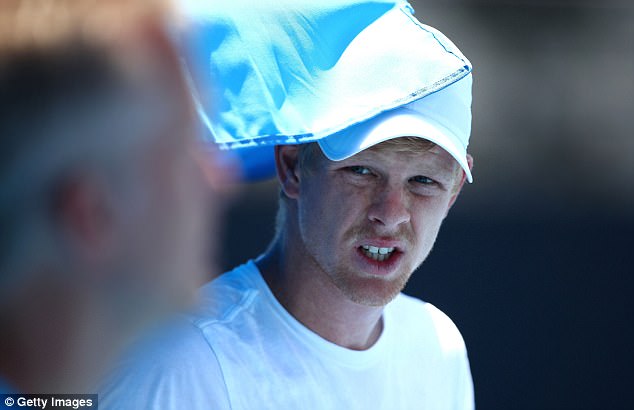 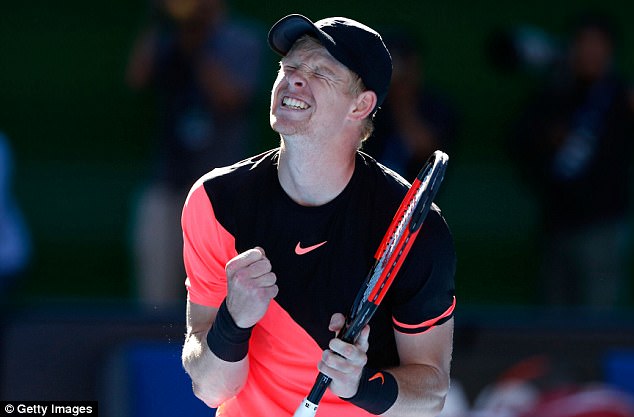 ‘I think he will be fine tomorrow, he’s very relaxed and this is the nicest part, that he is growing as a person. Then he grows as a player automatically.’

Rosengren, a ball of intensity sitting in the box, the anti-Lendl, said that he was probably more uptight than his charge: ‘I’m getting 10 years older every match, look at this (his grey hair). This job can’t keep me younger. I love what I’m doing, always, but I think every day, when I am sitting there, why am I doing this?