Kyle Edmund to earn at least £256,000 from Australian Open

Kyle Edmund has enjoyed by fair his most lucrative week on the ATP circuit, and is guaranteed to pocket a minimum of £256,000 for reaching the Australian Open quarter finals.

However, before he hits a ball there are likely to be other spin offs too, with bonus payments kicking in on sponsorships, now that he is establishing himself in the higher echelons of the game.

Kyle Edmund is guaranteed to pocket a minimum of £256,000 from the 2018 Australian Open 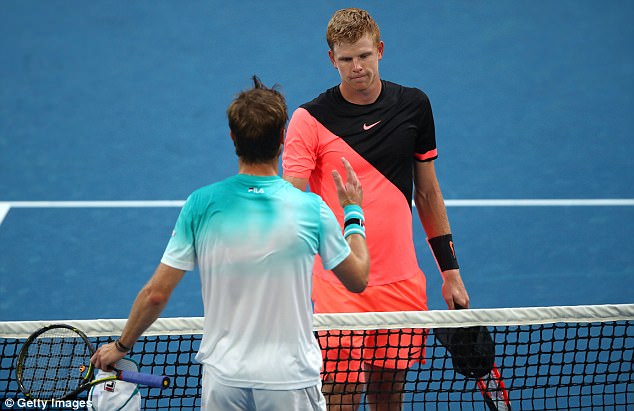 As Sportsmail revealed in November, Edmund signed a lucrative four-year deal with clothing giants Nike that will head further into seven figures the better he does.

This fortnight’s performance is expected to have triggered extra payments of six figures from that agreement.

The company have been particularly attracted to him by the fact that he was one of six players aged 22 or under to finish last season inside the world’s top 50.

The deal will have been tied to ranking incentives and performances in tournaments, with the Grand Slams clearly the most important.

It also helps that Edmund – whose official prize money before this week was £1.6 million without such things as endorsements and Davis Cup fees – is from Great Britain.

Being from the country that hosts Wimbledon and is a major market always results in more commercial interest than for those players from smaller territories. 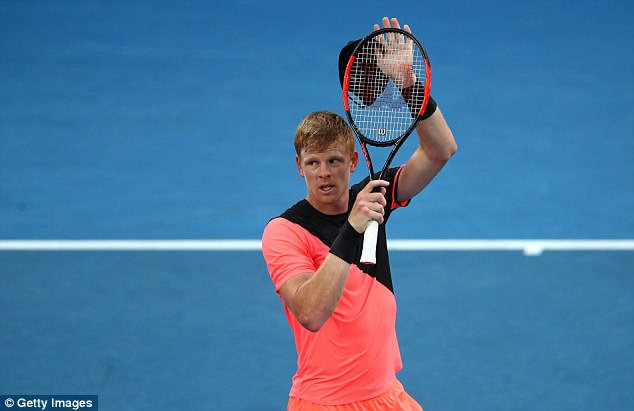 Edmund signed a lucrative four-year deal with Nike in November, as revealed by Sportsmail

There are few other top hundred players, and Andy Murray is very much nearer the end of his career than the beginning.

Edmund is from Beverley in Yorkshire, but his official residence is now stated as the Bahamas.

Not only does that qualify for lower tax rates, along with the likes of golfer Justin Rose, but he has begun to train at Lleyton Hewitt’s academy there.

These days Edmund – who is also endorsed by Wilson, Jaguar and David Lloyd Clubs – is rarely in the UK anyway due to the life of constant travel on the tour.

He left home just after Christmas and may not be home until April, depending on tomorrow’s outcome.

When he does get a spell in the UK he splits his time between his parents in Yorkshire and an apartment he owns in Wimbledon.