Kyle Sandilands is going to be a father! Radio host, 50, announces his fiancée Tegan Kynaston, 36, is PREGNANT with their first child

Sandilands and Kynaston, who have been dating since 2019, announced the news live on The Kyle and Jackie O Show on Monday, confirming the child is due is August.

The couple don’t yet know the sex of the baby but said they have already decided on boy’s and girl’s names.

‘We’re having a baby!’ he declared as the entire KIIS FM studio cheered.

His co-host Jackie ‘O’ Henderson said she was ‘so happy’ for the couple and told them their lives were about to change forever.

Sandilands said his manager Bruno Bouchet had to deflect questions from reporters after Kynaston was seen sporting a slight bump in public on February 2. 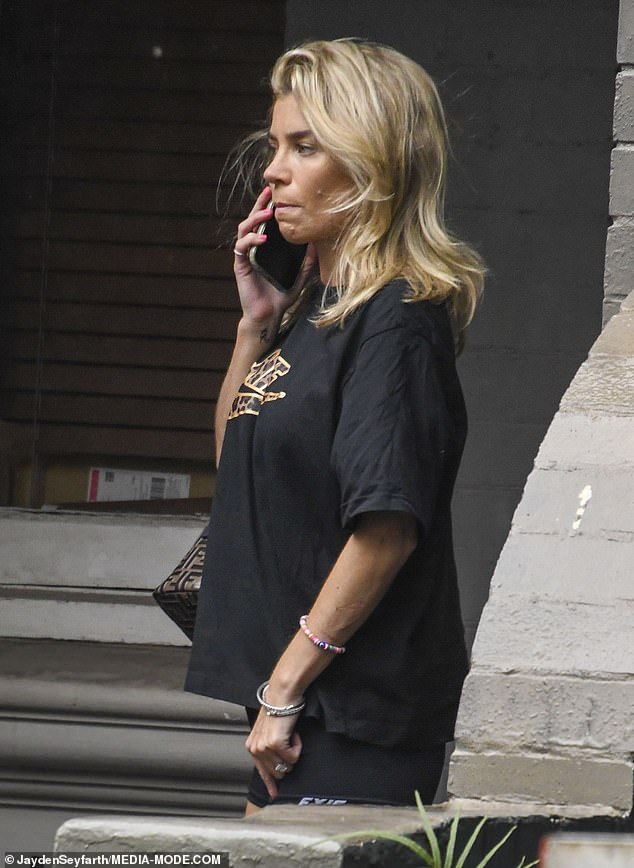 Hint: Kynaston was seen sporting a slight bump in public on February 2

Sandilands and Kynaston, who got engaged in Port Douglas over the Christmas break, began trying for a baby last year.

The former Australian Idol confirmed in December he had been given the ‘all-clear’ after undergoing fertility testing.

He told Daily Mail Australia: ‘I was really nervous [about the fertility test] until it came back saying, “Yep, it’s all great, everything’s fine.”

‘[Tegan] is all good, obviously. She’s a young and healthy woman. So it’s good to know that everything’s fine in that area so it won’t interfere with any future plans.

‘[I wasn’t thinking about kids] because I’ve been work focused. But all my friends have kids and Tegan’s family and friends, they’ve all got kids. And we’re like the only couple at the barbecue that’ve got no kids, we have the FOMO [fear of missing out].’ 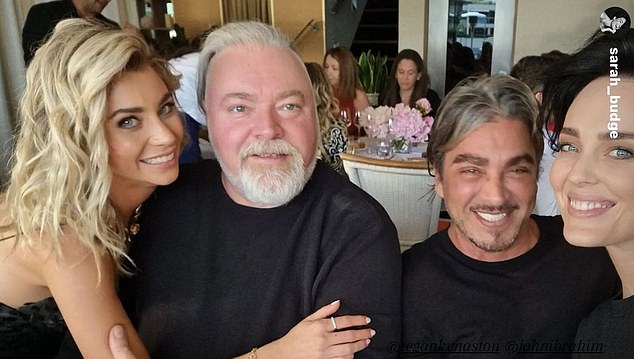 Pals: Sandilands and Kynaston are seen here with their friends John Ibrahim (second from right) and Sarah Budge (right), who recently became parents themselves

Sandilands revealed in January he hadn’t ruled out having children with Tegan.

‘It is definitely not off the cards,’ he told The Daily Telegraph.

‘It has never really been on my priority list and I think that is just because I was that kid that dragged around my childhood issues from my parents’ divorce and this and that.’

He admitted he wasn’t always interested in having children, but came around to the idea after spending time with other parents, including his longtime friend John Ibrahim and his partner, Sarah Budge.