Mr Minns, 41, was made leader of the NSW Labor Party after Jodi McKay resigned in an emotional press conference last month after two years as leader.

Ms Berejiklian has been a long-time friend of Sandilands and Henderson’s, and has a number of interviews on their KIIS FM Kyle and Jackie O Show. 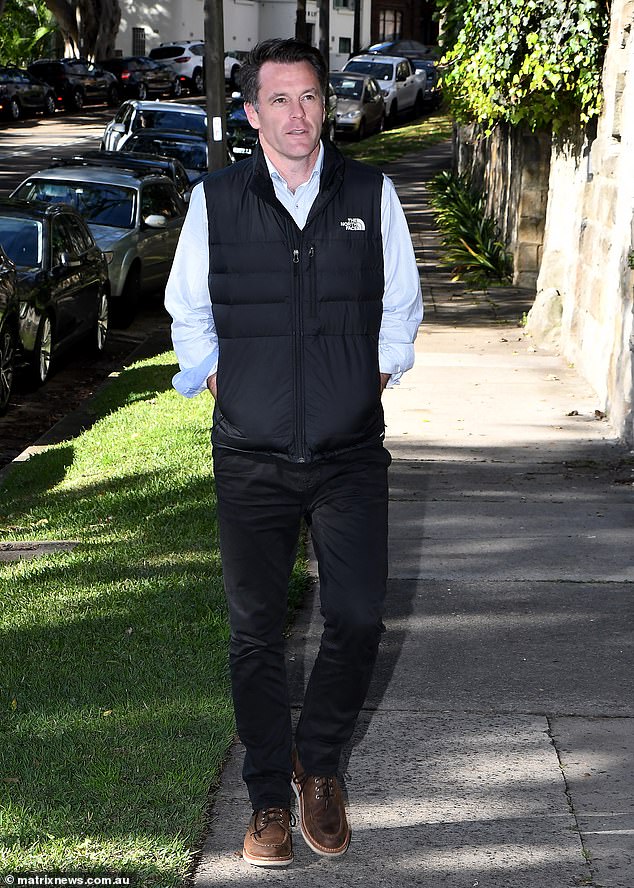 On air on Friday morning Sandilands revealed he had invited Mr Minns to his Sydney home in the exclusive suburb of Woollahra – sparking a shocked reaction from Jackie O.

‘Why are you doing that, Kyle? We’re team Gladys. Don’t meet him,’ she said.

‘I know, I’m a Gladys fan. But Bruno said I need to be fair. I mean, what if he’s a really nice guy?’ Sandilands replied, referring to one of the show’s producers, Bruno Bouchet.

‘I don’t think Gladys would like it,’ Jackie O said.

Mr Minns secured his position last week after former Labor leader Michael Daley, 55, dropped out of the race to avoid a leadership struggle that would have distracted and divided the party.

Mr Minns, who has run for leadership unsuccessfully twice before, is from Labor’s right-wing faction and believes he can win a majority at the next election on March 25, 2023. 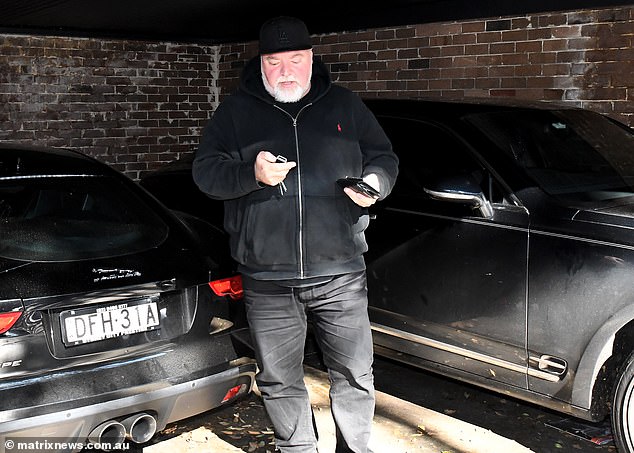 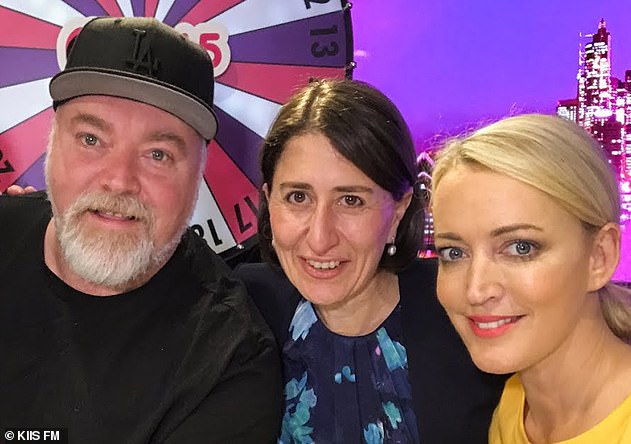 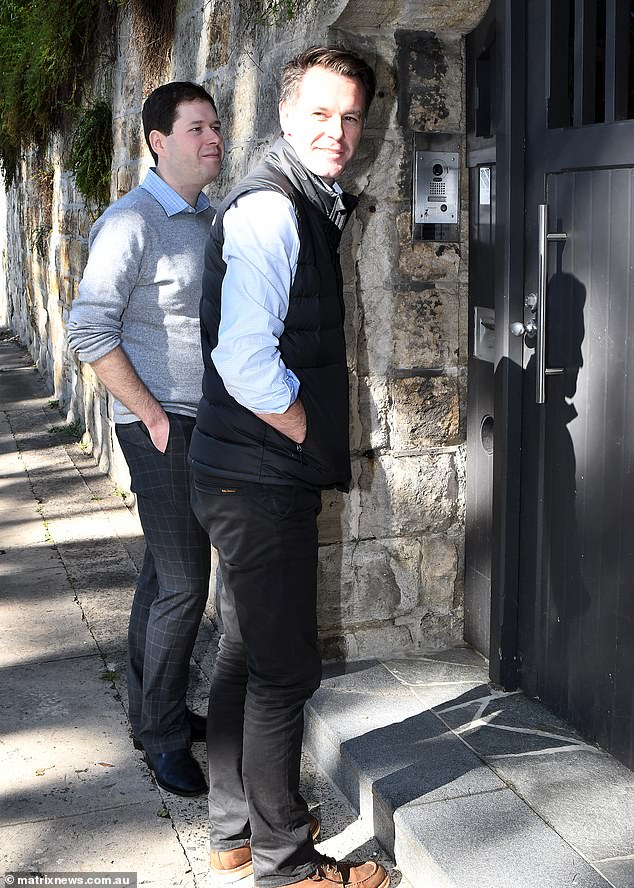 Mr Minns, 41, (pictured at Kyle Sandilands’ house) is hoping to become NSW Premier at the next election in 2023

Supporters believe the secret weapon to his success is a combination of dashing looks and youthful enthusiasm which will help the party connect with younger voters and families.

Labor, like all opposition parties, has struggled for air during the pandemic as governments hog the limelight with daily press conferences to announce huge decisions that affect residents’ lives more than ever before.

Mr Minns – who grew up in the St George area of southern Sydney and joined Labor aged 18 – has congratulated Ms Berejiklian for doing a ‘good job’ of managing Covid, but believes the next election will be decided by the cost of living and the quality of life for ordinary working families.

Mr Minns addressed supporters in a Facebook live selfie video from outside parliament after his election, telling them: ‘I’m going to make sure we’re in the hunt in 2023.’

He also uploaded the clip to his Instagram story. 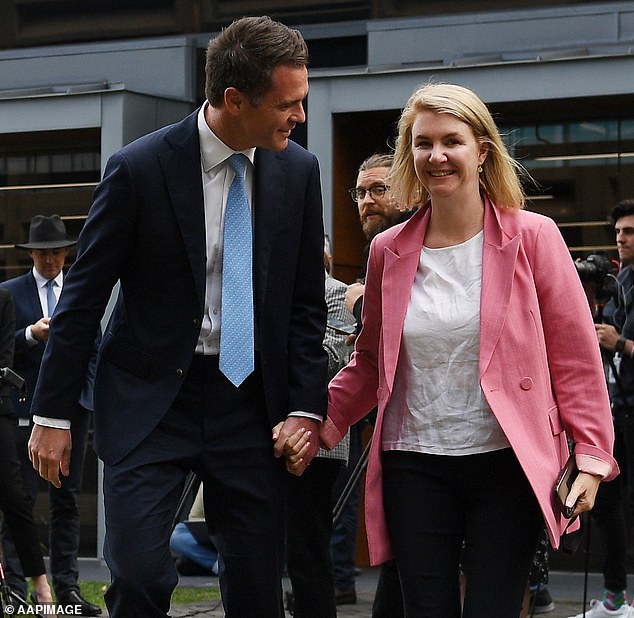 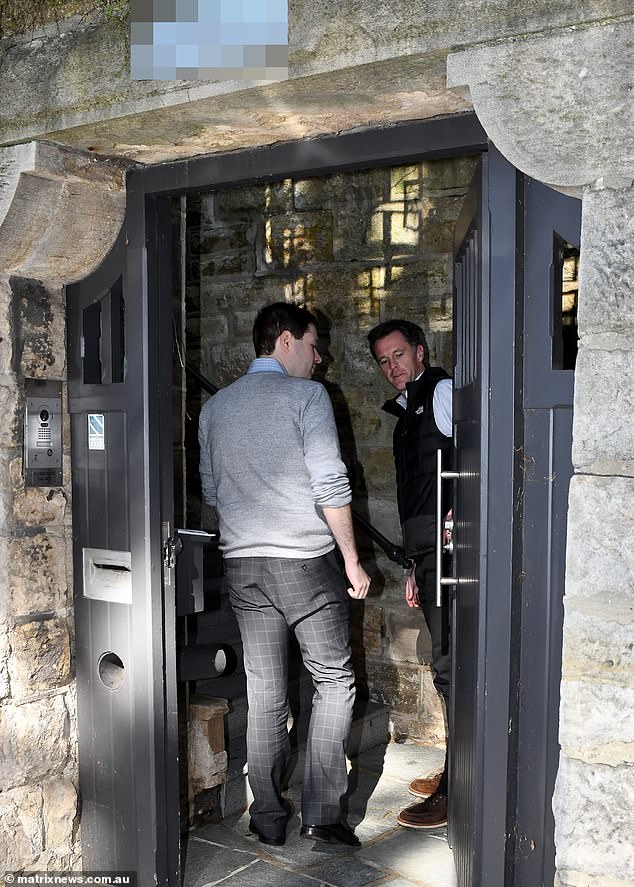 The new leader said it was time to end the infighting that plagued the opposition under Ms McKay.

‘I believe that it’s time for Labor to start the long march to regain the trust of the people of this state,’ he said.

He has previously vowed to ban political donations from coal, oil and gas companies and build a state-owned renewable energy company with the aim of producing half the state’s energy from renewables by 2030 and 100 per cent by 2050.

The aspiring premier also promised to better support the state’s 21,000 homeless people and later this month will be spending a night sleeping on the street alongside Treasurer Dominic Perrottet to raise money for charity.