‘Europe is the one I want’: Kyle Walker has put lockdown indiscretions aside to become a key man in Man City’s quest for Champions League glory

At Manchester City, three men have stood above the rest since Project Restart. Raheem Sterling for his goals, Kevin De Bruyne for his sheer drive, Kyle Walker for his consistency.

Walker is probably the surprise of that trio. He was in a lonely place during lockdown, at an exceptionally low ebb with matters concerning his personal life. Of his two high-profile indiscretions, one of them was indisputably his fault, for which he apologised, but the other certainly was not.

What has occurred since is the right back flourishing, games seemingly coming so easy to him, as he excels with more structure and additional stability in his family life. The Walker that Pep Guardiola knew was always there.

Friday night’s display, when he turned Eden Hazard holographic, was the pinnacle and a key reason why City face Lyon in a Champions League quarter-final on Saturday.

It is unlikely Walker will have bathed in the praise for his handling of Hazard, a man who shies away from acclaim and one who finds that side of the sport puzzling given he is paid in the millions to perform.

Generally, though, even he must admit that this has, by and large, been a positive season. Pressure applied by the £60million summer signing Joao Cancelo has been comfortably withstood, just as it was with Danilo before him. 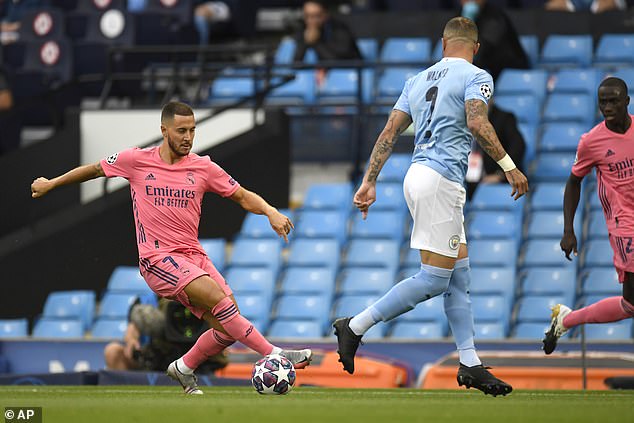 Cancelo has struggled at times, definitely not always in the good books with his manager while often sat on the bench, yet is coming back stronger. Guardiola believes Walker needs competition, someone pushing him from behind, and the lack of that was a key reason why his form dipped towards the end of 2018.

But whenever he has lost his place under Guardiola, it has not been for long. The pair have an unusually strong bond, Walker undoubtedly one of the closest to City’s manager. He was one of the first within the squad to pick up the phone upon hearing that Guardiola’s mother had passed away in April.

Guardiola has noticed similarities with Phillip Lahm at Bayern Munich in the way in which he strategically thinks about the game. Walker’s adeptness at carrying out tactical instructions, specifically inverting his full back role, has given him further longevity in this team.

Around City, they scoffed at the notion earlier this week that ‘clear the air talks’ had been held surrounding the 30-year-old’s future. He has four years left on his current contract and has designs on playing for at least another six or seven seasons. 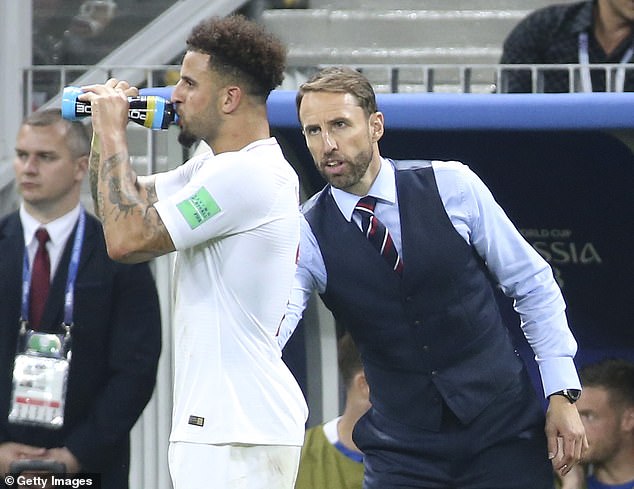 There is a desperation to force a way back into Gareth Southgate’s England squad ahead of next summer’s delayed European Championship squad. Walker is understood to have been pencilled in for March’s internationals before postponements. Dialogue with Southgate and the FA continues and his recent levels of performance will not have done any harm ahead of next month.

His experience may well be a factor, and something City have leaned on since his arrival from Tottenham in 2017.

‘Maybe before that we had a group of players that was a bit plain, and Walker spiced it up with more character,’ one staff member wrote in ‘Pep’s City: The Making of a Superteam’. 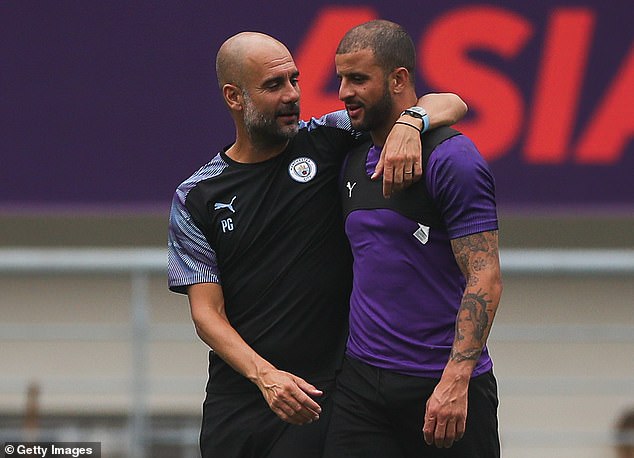 There is an understated influence to Walker within the sanctity of their dressing room. After a chastening draw at Newcastle in November, when City twice surrendered leads, Walker stood up. ‘I look at you guys as my family,’ he told the silent room. ‘We are going to experience ups and downs together.’

Further downs would follow, title submission to Liverpool hurting the squad. The coming days, however, could well be the highest they have flown together. ‘Europe is the one that I want,’ Walker said on Thursday.

‘The Premier League was but we’ve won two of those. I can probably speak on behalf of the whole squad and Manchester City as well, for what they need as a club, to put them onto that next pedestal.’ No pressure, then.