Sit down! Kylian Mbappe embarrasses Rasmus Kristensen with electric turn of pace that floors the Danish defender – and he didn’t even have the ball!

Kylian Mbappe’s status as one of the world’s most exciting players is evident thanks to an amazing moment during France’s 2-1 win over Denmark on Saturday.

Not only did the Paris Saint-Germain superstar score both goals during the victory, a win that sees France become the first team to qualify for the knockout stage in Qatar, but a clip posted online also shows an incredible piece of skill that bamboozled Danish defender Rasmus Kristensen – without Mbappe even having the ball.

Mbappe is on the left wing and being kept watch by Kristensen. With the ball nearby, the French star threatens to make one of his trademark runs, which prompts the defender to chase the striker. 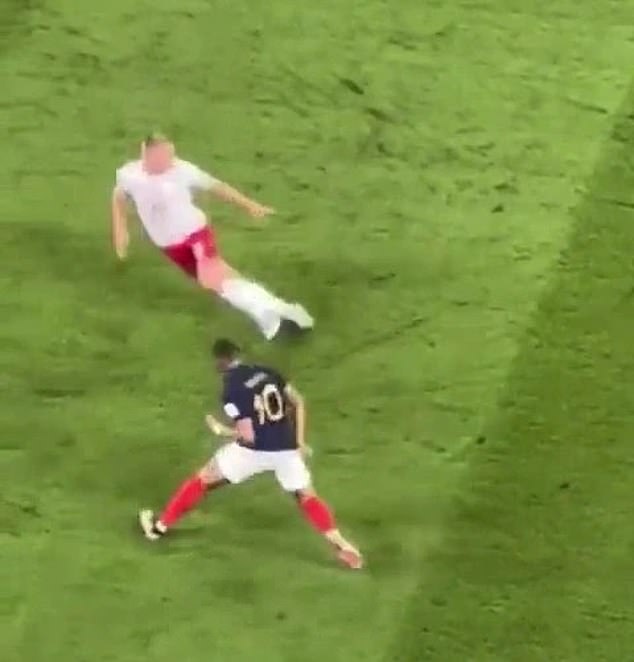 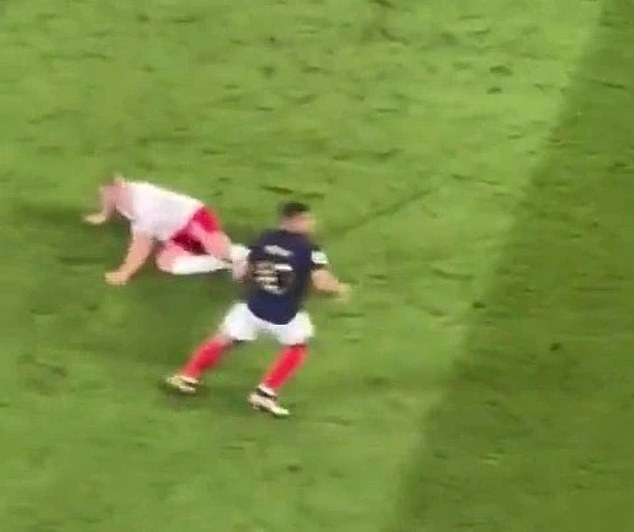 However, Mbappe quickly cuts back and dummies Kristensen, leaving the Leeds defender to lose his footing as he tries to match his direction, and fall the floor.

The France number 10 then comes short to finally receive the ball in space, and moves the attack on through Theo Hernandez.

The moment was just the icing on the cake of a Mbappe’s performance, which guaranteed France’s passage to the next round. 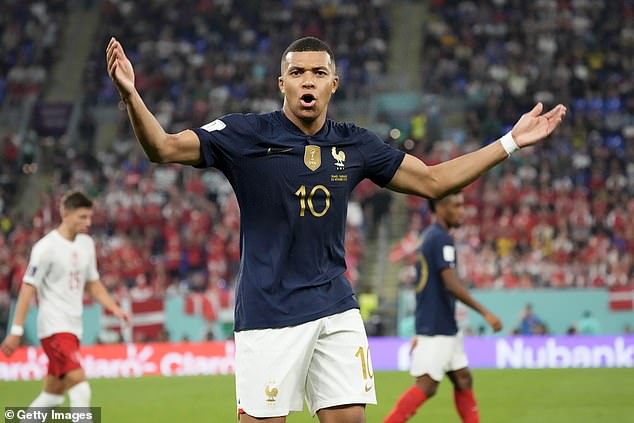 He opened the scoring in Doha by finishing off a flowing French move with a deflected shot from inside the box.

Andres Christensen then equalised for Denmark seven minutes later, before the 23-year-old bundled in France’s winner four minutes from time.

The brace means Mbappe now has three goals in the tournament so far, making him the World Cup’s joint leading scorer with Ecuador’s Enner Valencia.

France face Tunisia in their final group game next week, giving Mbappe the opportunity to add to his total. He is currently the favourite to win the Golden Boot ahead of Richarlison and Lionel Messi.