A smug Kylian Mbappe has taken a swipe at all the critics of French football, following Lyon’s incredible Champions League victory over Manchester City.

The PSG superstar was watching on as underdogs Lyon ripped up the script and dumped favourites City out of the competition, before booking their place in the final four.

It now means 50 per cent of the semi-finalists come from the French top flight, after PSG secured their progression with a narrow victory over Atalanta.

And Mbappe, 21, was keen to make a point, given the extensive criticism the division often comes in for.

The forward immediately took to Twitter to declare: ‘FARMERS LEAGUE’ in full capitals, followed by a clown face emoji. 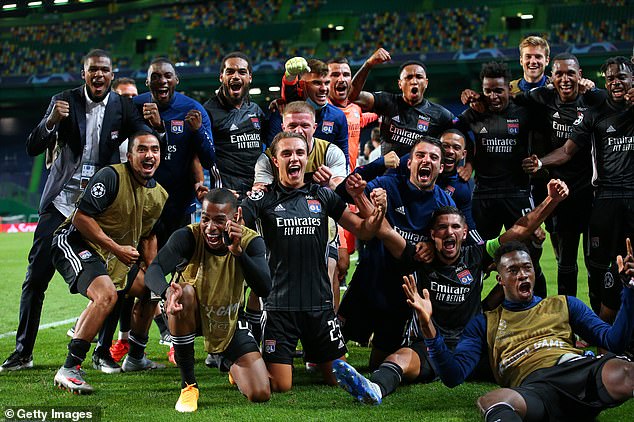 Mbappe was insinuating all those who doubt the league have now been made to look foolish, before then going on to tag Lyon’s official account in the tweet along with a series of clapping hands.

Mbappe and PSG are now hotly tipped to finally win the competition, after progressing to the semis for the first time in their history.

PSG required their star forward to help get the job done however, with Mbappe coming off the bench late on against Atalanta to help turn a 1-0 deficit into a 2-1 victory.

The French top flight came under much scrutiny this season, after it was outright abandoned following the outbreak of the coronavirus pandemic. 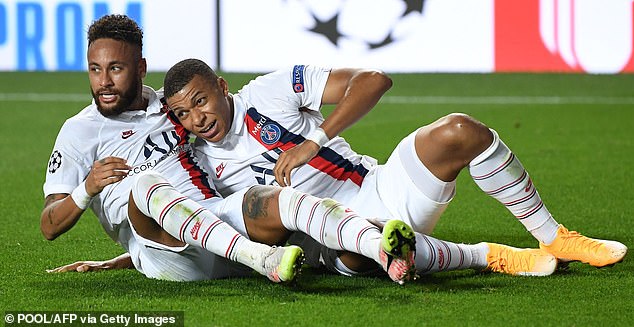 Unlike the Premier League and other European divisions, the French league did not return at a later date and PSG – who held a 12-point margin at the top – were declared victors.

Lyon, at the time of cancellation, sat in seventh place, 28 points behind PSG.

Lyon will go up against Bayern Munich for a place in the final, while PSG will have to overcome German side RB Leipzig.