Kylian Mbappe, Erling Haaland and Harry Kane are on a heavyweight list of Manchester United targets as the club bids to make a huge signing next summer, according to reports.

France hitman Mbappe is thought to be Real Madrid’s number one priority in a move that could be sealed before the end of the transfer window on September 1, but United are keeping a ‘watching brief’ on the World Cup winner’s situation, ESPN says.

United are keenly aware of Madrid’s prolonged interest in Mbappe, the report claims, with bosses said to be ready to meet the 22-year-old’s hefty wage expectations in the event of him becoming available without a transfer fee in 2022. 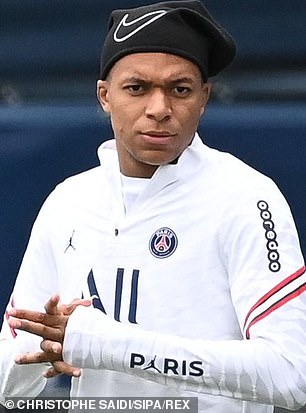 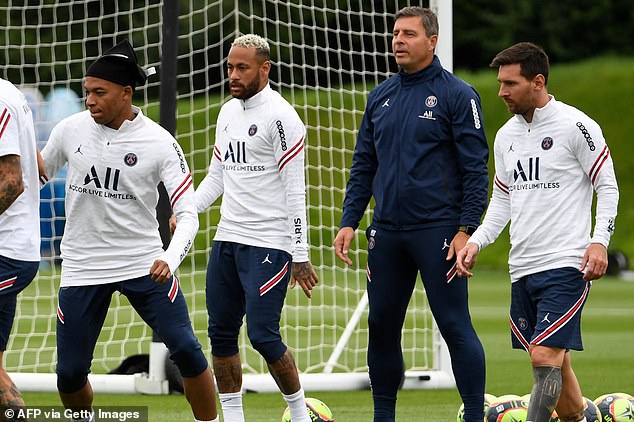 Mbappe’s (left) deal ends in 2022, with United one of the few clubs who could afford his wages

Mbappe is believed to be ready to choose Spain over the Premier League and complete a long-rumoured switch to the LaLiga giants by the start of next season.

Madrid freed up more funds for his signing by completing the sale of defender Raphael Varane to United in a £42 million deal last week.

Tottenham talisman Kane is embroiled in a stand-off between Spurs and long-term suitors Manchester City, whose summer bid for the England captain was £50 million short of the £150 million asking price. 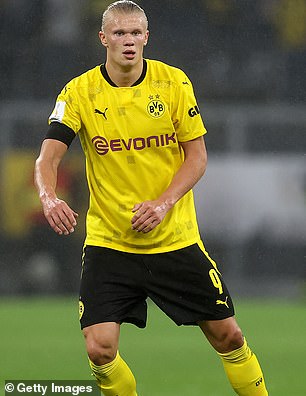 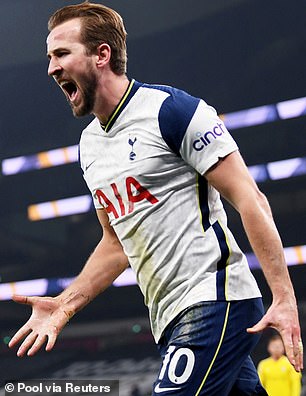 United could capitalise if their arch-rivals failure to capture the 28-year-old this season, viewing him as an updgrade on Edinson Cavani ahead of the Uruguay forward’s anticipated departure at the end of the campaign.

Haaland looks set to stay at Dortmund this season despite his agent, Mino Raiola, holding talks with Real Madrid and Barcelona in Spain in April.

Chelsea have also shown interest in meeting the £150 million price tag for the Norway and Bundesliga phenomenon.

Haaland scored in both halves as Dortmund won 5-2 at home to Eintracht Frankfurt in their opening game of the German top-flight season on Saturday.