‘No one believed it except us’: Kylian Mbappe pays tribute to PSG’s medical staff for helping him recover from ankle blow after setting up winner in dramatic Champions League quarter-final win against Atalanta

PSG star Kylian Mbappe has praised the club’s physios for helping him recover from an ankle injury in time for the club’s Champions League quarter-final against Atalanta as he came off the bench to set up a dramatic winner.

Thomas Tuchel men looked to be heading out in the last eight of the competition yet again after Mario Pasalic had put the Italian side 1-0 up, before a late salvo saw Marquinho tap home before Mbappe squared for Erik Choupo-Moting to round off a stunning turnaround.

The Frenchman was delighted with his own comeback after suffering the ankle blow in the French Cup final against St Etienne in July, with Tuchel admitting he faced a ‘miracle’ to be fit in time for the clash against the Serie A side in Portugal. 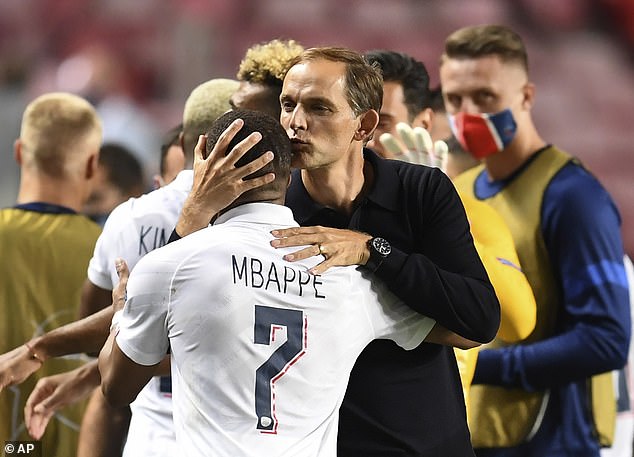 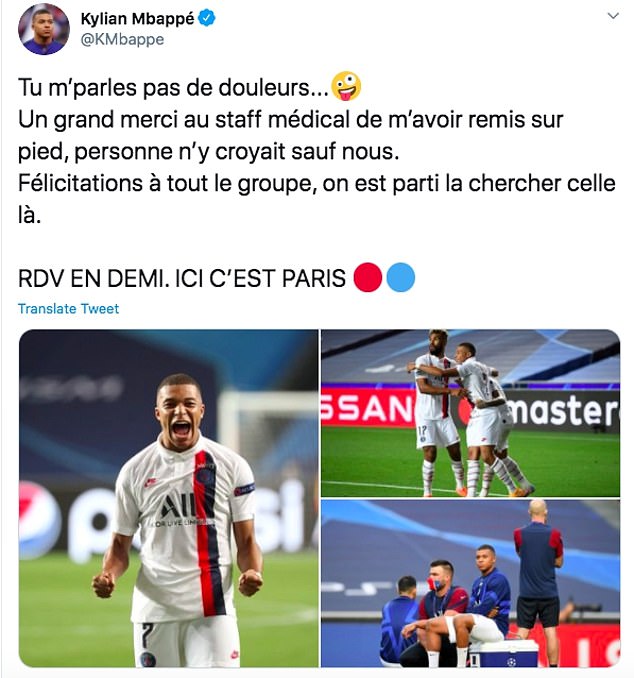 But he was included on the bench for the game and was sent on in the 60th minute with the Ligue 1 champions seeking the quality to turn the game on its head.

The World Cup winner proved vital as he played a starring role in the game and expressed his delight on social media – paying tribute to the medical staff.

‘You don’t talk to me about pain,’ he wrote. ‘A big thank you to the medical staff for getting me back on my feet, no one believed it except us. 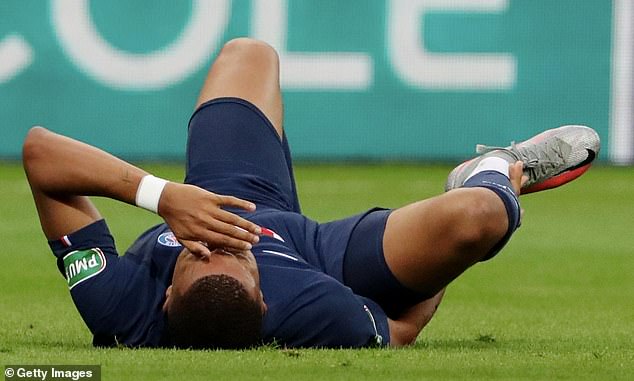 ‘Congratulations to the whole group, we want to get this one.’

The 21-year-old has enjoyed another excellent season for PSG this season, even with the campaign being called to an early halt due to the coronavirus pandemic.

He has still managed to score 30 goals in all competitions, including 18 in Ligue 1. 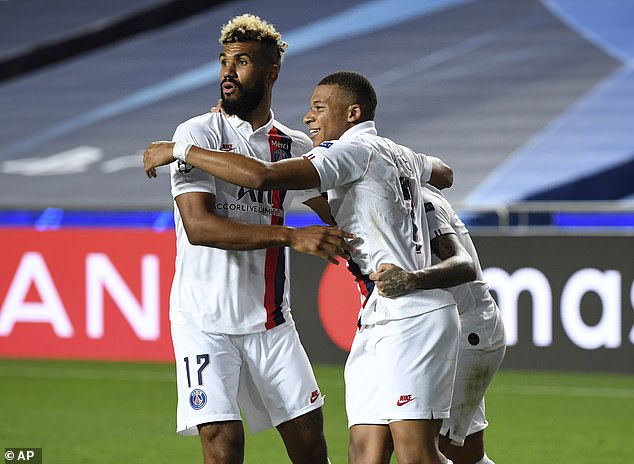 ‘Mbappe was the one who changed it – Neymar needed him,’ Hoddle said.

‘Neymar’s cutting edge wasn’t there but it’s the run off the ball, no one was making the movement [before Mbappe came on]. Mbappe was so sharp.’

Hoddle’s fellow BT Sport pundit Rio Ferdinand was also in no doubt as to who the plaudits should go to after the match, adding: ‘That’s what I love about Mbappe, the decision making, the skills, he makes the right decisions.’