Kylie Grimes used to live for show jumping, played netball for Surrey and rugby when there were only boys’ teams to compete for.

‘All I ever told everybody was, “I am going to get an Olympic medal for Great Britain”,’ she says.

‘That was my thing. All my friends remember. I thought it would be show jumping: “I’m going to show jump for Great Britain”. It’s been a change in the journey but that’s still what I want.’

Now after a diving accident in 2006 that left her paralysed from the breastbone down, Grimes goes in search of that medal she always coveted, at the Tokyo Paralympics.

She competes as the only woman in the Team GB wheelchair rugby team.

The 33-year-old’s commitment has already made her a source of inspiration to many.

‘Social media has provided the chance, too,’ she adds. ‘People want to know how they can do this and they can always reach me.’ 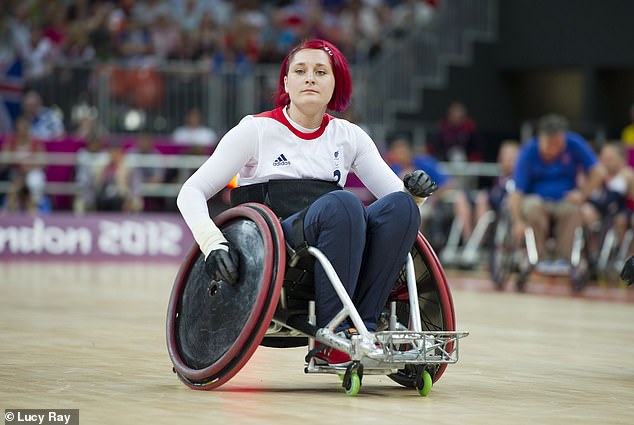