She may be famous for being keeping up with reality star bestie Kylie Jenner, but Jordyn Woods is making a name for herself in the fashion world by dominating New York Fashion Week on and off the runway.

The Los Angeles influencer, 19, is just in her third year of her modeling career and made headlines this week when she walked down the runway for Chromat and Addition Elle. But the young Calabasas star said she’s rising to the top on her own terms.

‘I just want to be the girl who came in, really gave no f**** and did my thing and helped make a difference and helped people feel confident,’ Jordyn told Mic of her budding career.

Rising star: Kylie Jenner’s bestie Jordyn Woods, 19,  walked in two NYFW shows this week and stepped out in an all denim ensemble (above) for Chromat last Friday 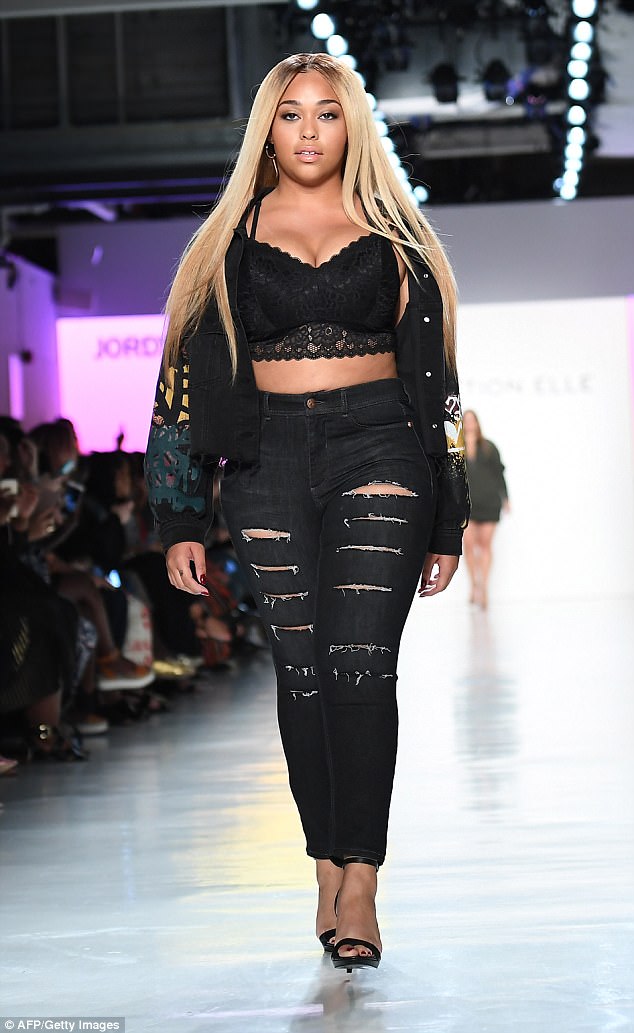 Jordyn year: The Calabasas star is rising in her modeling career, and she strut for Addition Elle (pictured above) alongside plus-size model legend Ashley Graham 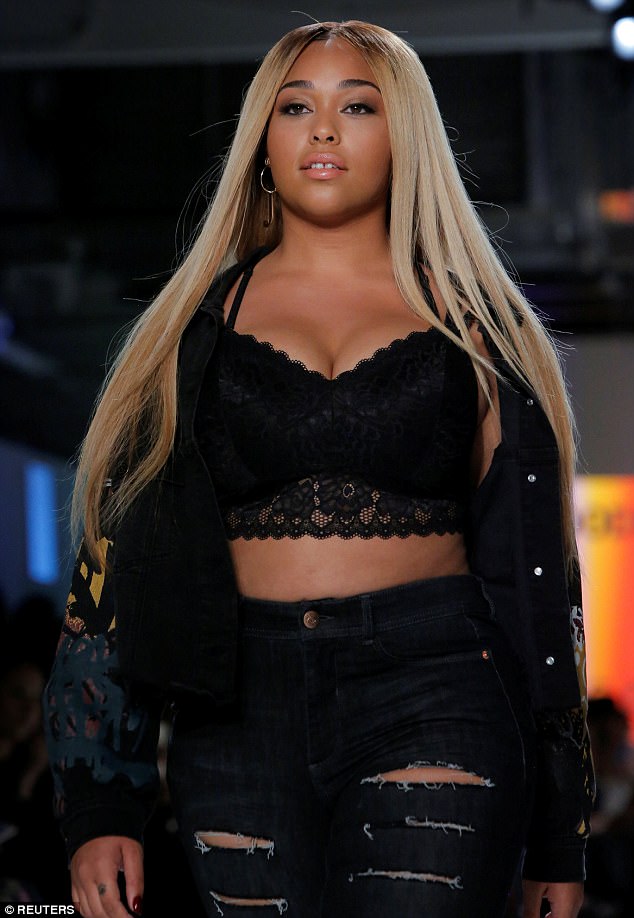 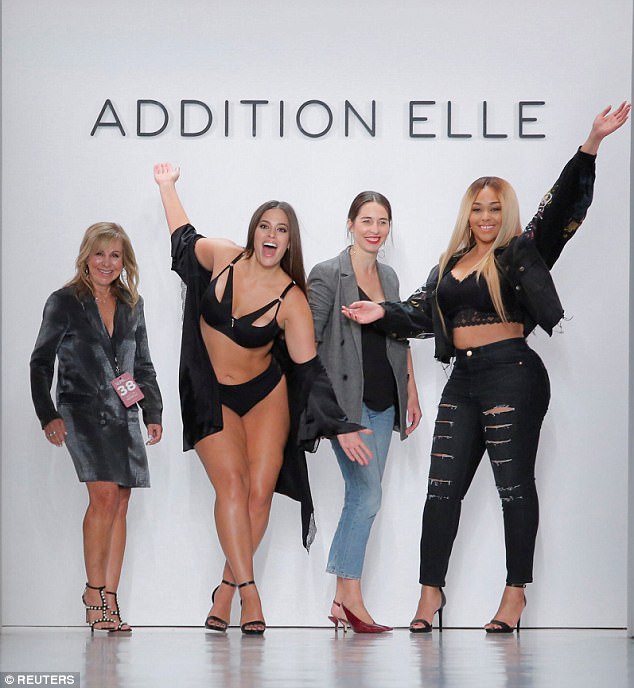 Star-studded: Jordyn struck a pose with the brand’s VP of marketing (left), Ashley Graham (second from left), and the plus-size brand’s designer at the end of the fashion presentation

When she’s not hitting the streets in edgy sportswear, walking the runway, or making appearances with her star-studded entourage, Jordyn revealed she’s working hard to break into the industry, but doesn’t want to be swallowed by the pressure or stereotypes of the job.

‘Just [want to be] the girl that really didn’t care, came in and killed it,’ she added.

Jordyn, who’s grown used to the fame and self-consciousness that accompanies being in the spotlight, is certainly killing it.

While Jordyn is new to the modeling game, she already has an impressive list of fashion week catwalks and events under her belt, and she intends to continue through it all with little regard for fashion stereotypes and politics.

She told E! News she has rejected the label ‘plus-size’ all together, explaining: ‘I feel like when you categorize people and put them into a group, then it creates aloneness and segregation. 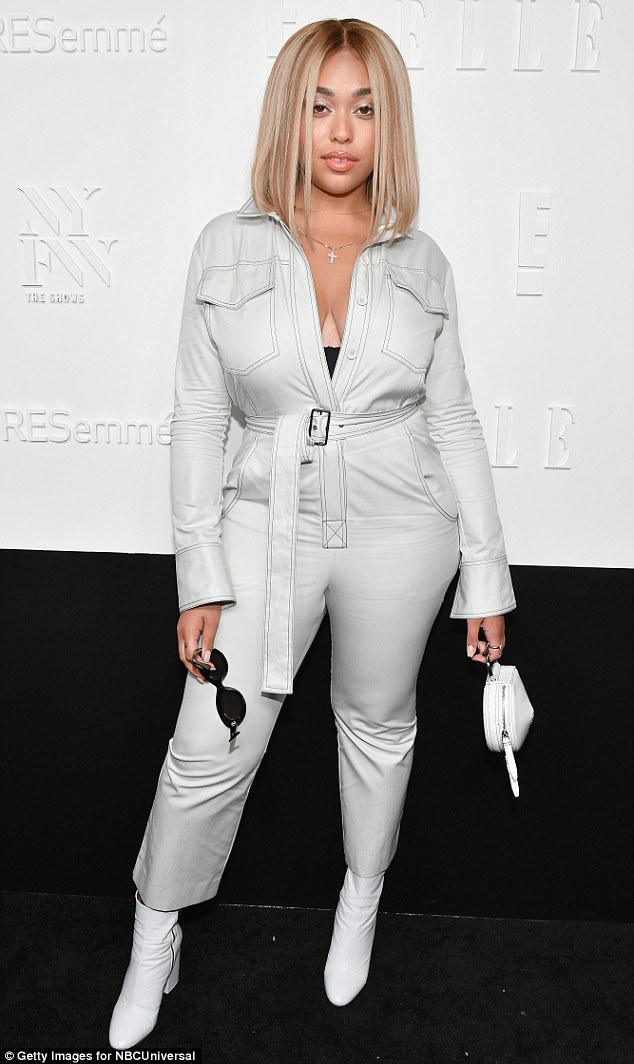 All suited up! The young model stepped out in a tight utilitarian white jump suit with white leather boots and minibag for a NYFW kickoff party hosted by E! 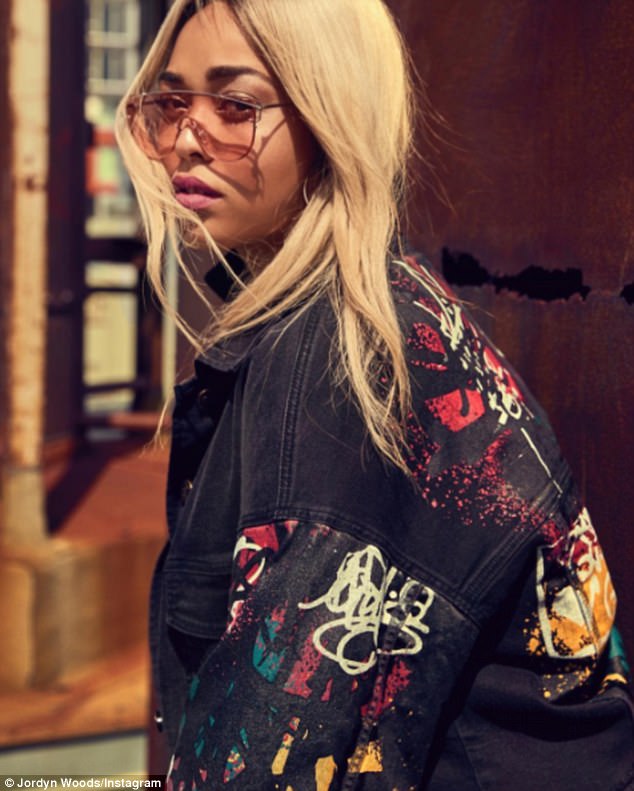 Strike a pose: Jordyn took to Instagram to share the launch of her collab collection with Addition Elle which specialized in statement denim pieces such as this jacket 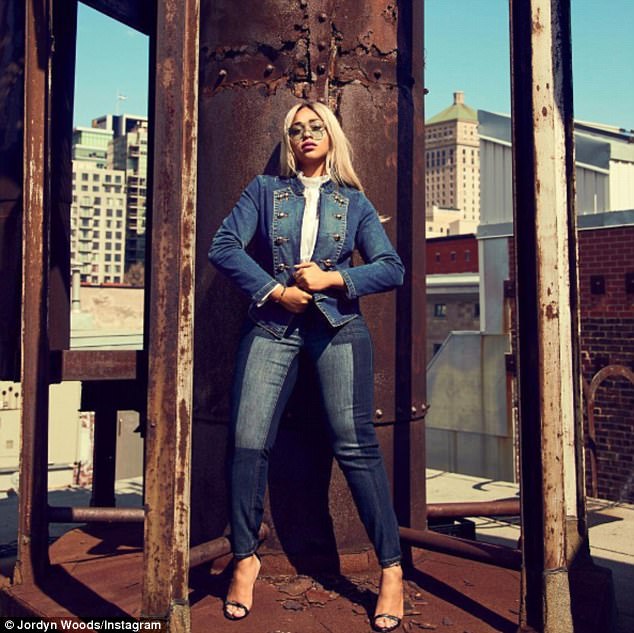 Designer diva: A Canadian tuxedo gets a very stylish revamp at the hands of the rising model’s new collab, who poses with a double breasted button jacket and figure-hugging jeans

The model signed in 2015 with Wilhelmina Models’ Curve Division and had her first runway debut last year for Christian Siriano’s collection for Lane Bryant.

This season, she rocked the runway twice thus far and has been spotted at high brow fashion events, with her could-care-less attitude continuing to serve as a serious draw for her 3.6million fans.

However, as much as she doesn’t like to admit it, Jordyn certainly does care about her growing career. As an advocate for body positivity through her social media feeds she’s encourages her followers to embrace their figures and has published similar sentiments in a myriad of magazine covers and spreads.

Her figure-embracing messages also made her a perfect match for recently launched collaboration collection with Addition Elle, which is designed for curvy figures and starts at size 12.

In addition to helping create the collection, Jordyn modeled in the show, walking alongside plus-size model legend Ashley Graham. 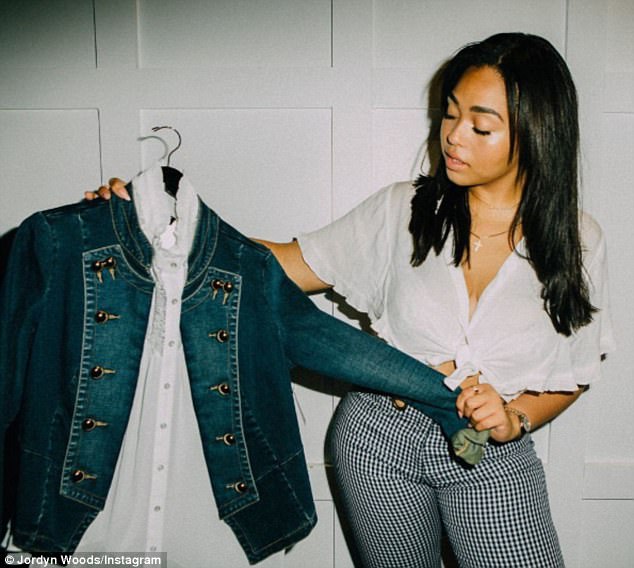 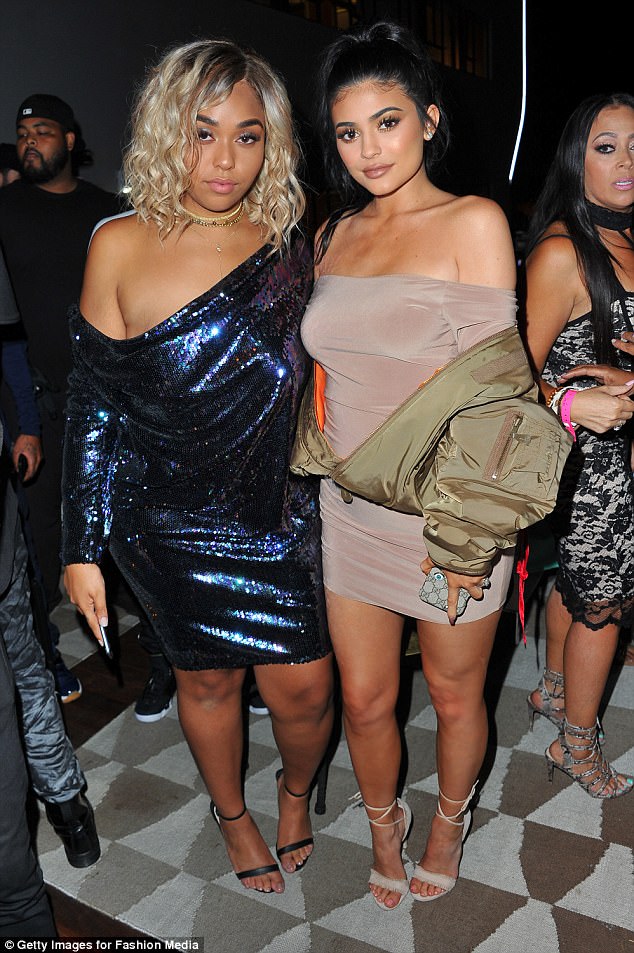 Friends in fame: The starlet first rose into the spotlight alongside her best pal Kylie Jenner, but has since gone on to forge a name for herself in the fashion industry

‘I wanted to make something that’s me, and trendy and cool,’ Jordyn told Mic of her clothing collaboration and staying true to herself.

For the young star, the clothing line was a no-brainer.

‘It makes total sense. I think it’s because we know how we like to wear our clothes. It only makes sense for a curvy person to design curvy clothes, because we know exactly what we like,’ she said.

The budding star took to Instagram to share a video preview of her runway debut and said some body-positive encouraging words.

‘I am proud to partner with Addition Elle and be a part of this movement allowing women to love themselves exactly how they are!’ she captioned her post.

Thus far Jordyn seems to be living up to her ‘no f****’ mantra and succeeding at it with NYFW walks and a designing collab already in the books. On top of that she’s heightened her model reputation and gained new fans along the way, who readily await her next strut.