They both launched their careers in Australia before finding international stardom.

And it’s clear Kylie Minogue, 49, and Melissa George, 41, have had no trouble adopting the high-end style in Europe, with the two blending in seamlessly at Paris Fashion Week on Monday.

The pair dazzled in black ensembles as they took in the Schiaparelli haute couture show, held at the Italian fashion house’s atelier.

with she paired with a chic choice of two necklaces, one that rested on her neck and a longer gold pendant.

The Locomotion singer wearing her shoulder-length luscious blonde locks down, while opting for a nude palette for her make-up, choosing to finish her look with a pink lip gloss.

Meanwhile, Melissa George proved she was a long way from Summer Bay, choosing a two-piece tailored man’s suit, with she paired with a crisp white shirt which featured embroidered detail on the shoulders, collar and chest. 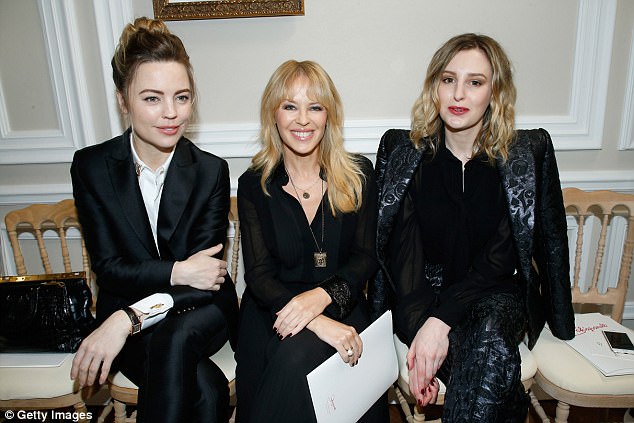 Glitzy: The pair were joined by Downton Abbey actress Laura Carmichael while sitting front row at the show

The Golden Globe nominated actress finishing the look with a crocodile-skin handbag and suede-looking high heels, adding a touch of femininity to the otherwise avant-garde look.

At certain points, the pair were joined by Downton Abbey actress Laura Carmichael, with the trio sitting front row together at the elegant venue, which featured elaborate floral decoration.

While Melissa choose to give the Italian fashion house’s designer Bertrand Guyon, who was applauded for the collection, which featured an African tribal theme, which was an ode to founder, Elsa Schiaparelli. 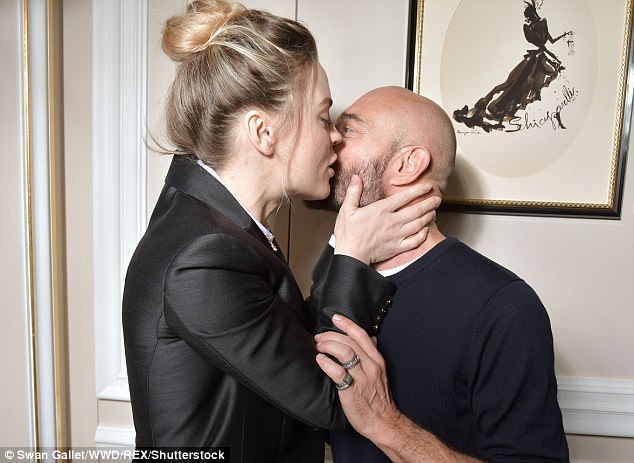 Paris Fashion Week has provided a week of glamour for Australian-born superstar Kylie, who also took in the Ralph & Russo show earlier this week, ahead of the release of her fourteenth studio album.

The show, meanwhile, provided much relief for Melissa who still continues to battle her French ex for custody of her children, Raphaël, three, and Solal, two.

Last year, Melissa and her French entrepreneur ex Jean-David Blanc were convicted of assaulting each other following an alleged domestic dispute in 2016. 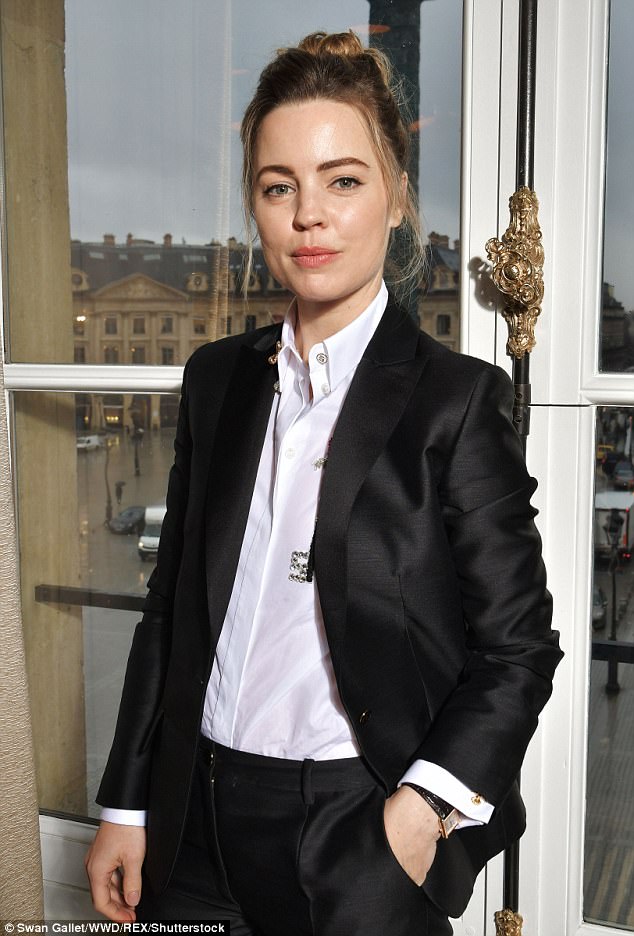 Avant-garde: Melissa George opting for a masculine look, choosing a two-piece suit, which she paired with a crisp white shirt with embroidered detail

At Christmas, after a highly emotional year, the 41-year-old actress snapped a picture of herself outside the Palais-Royal.

‘Countdown to picking up my babies,’ she said. 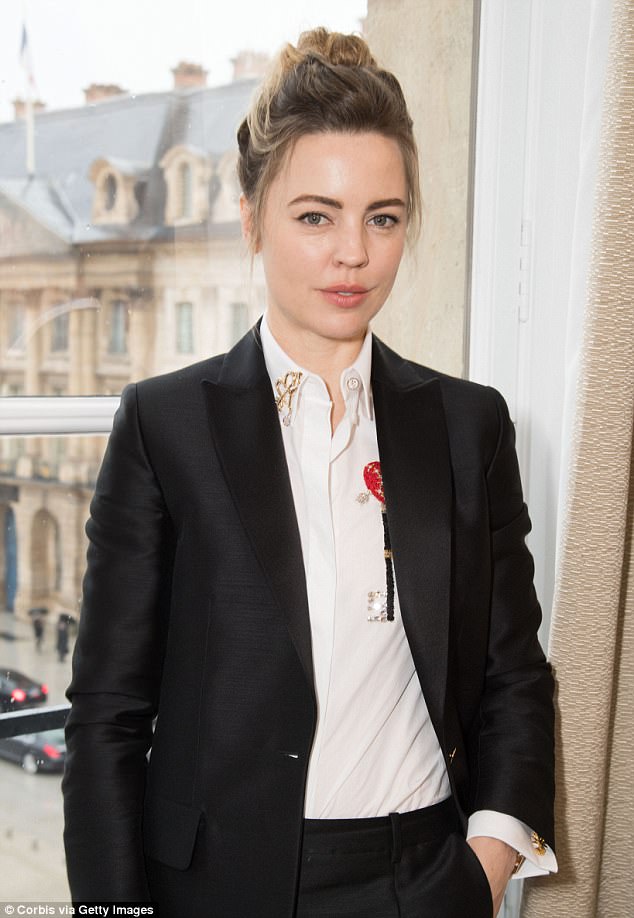 Effortlessly chic: The stylish actress looking a picture of elegance at the Schiaparelli haute couture show on Monday 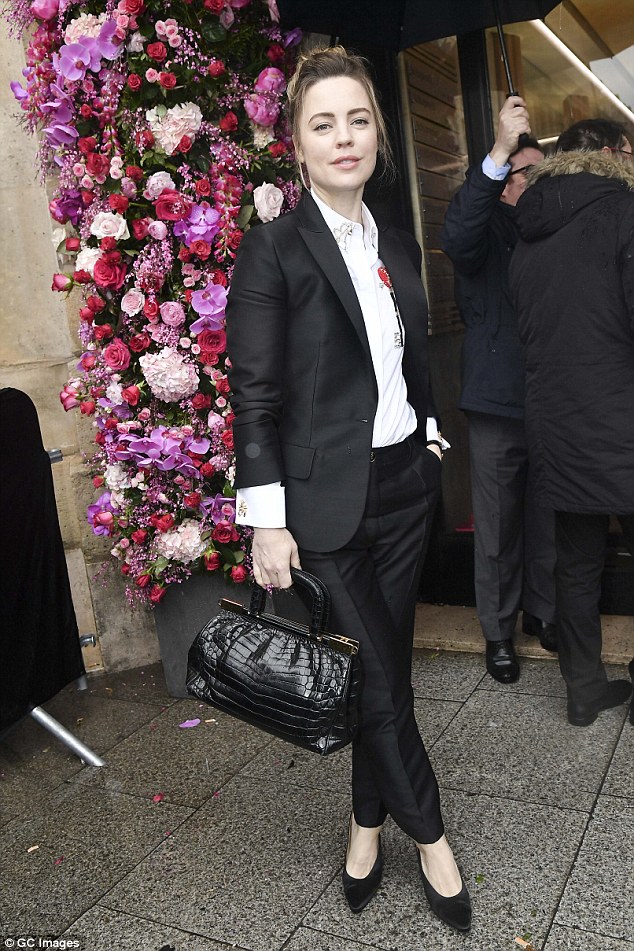 Ma Chèrie: The actress paired her avant-garde look with suede-looking heels and a crocodile skin bag 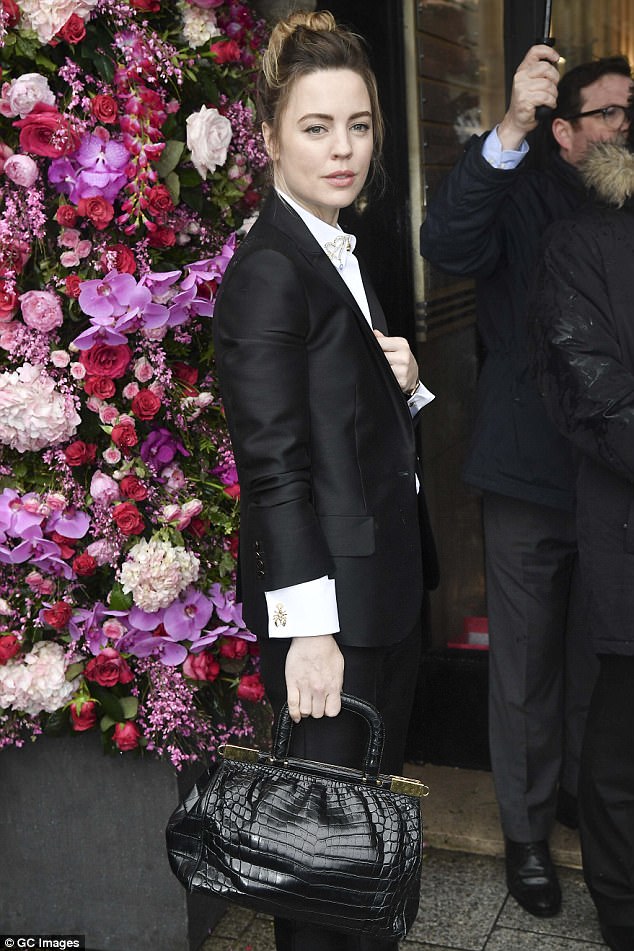 Tailored: The actress accessorised with a crocodile skin bag, which she paired with her two-piece suit 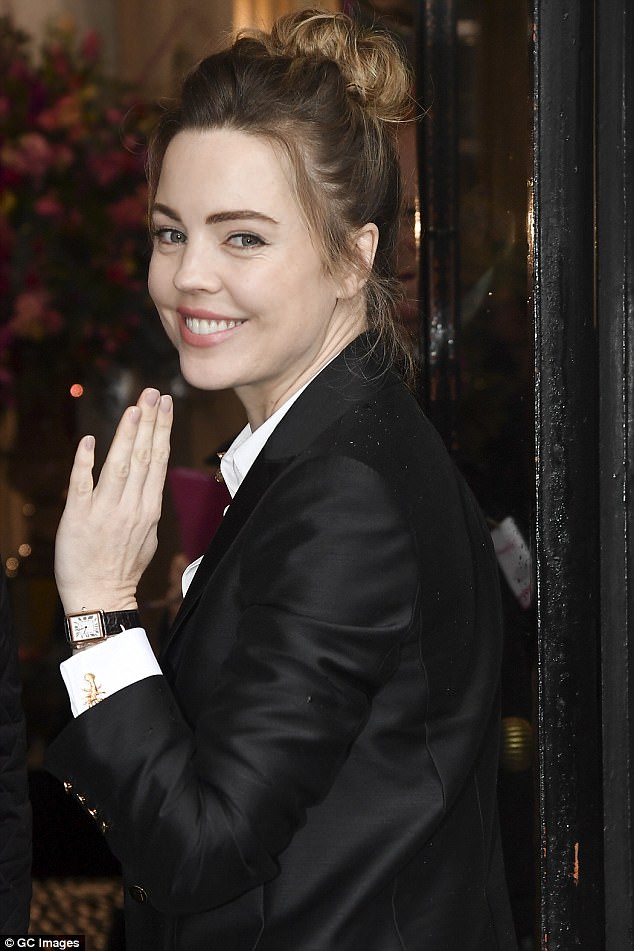 Elegant: The actress chose a nude palette for her make-up 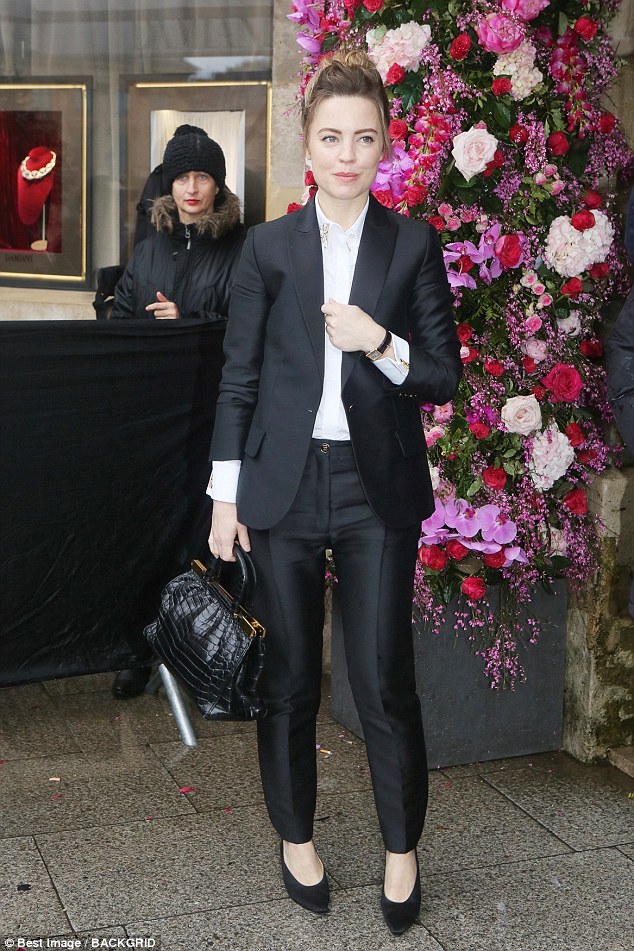 French style: The former Home and Away actress looked a long way from Summer Bay 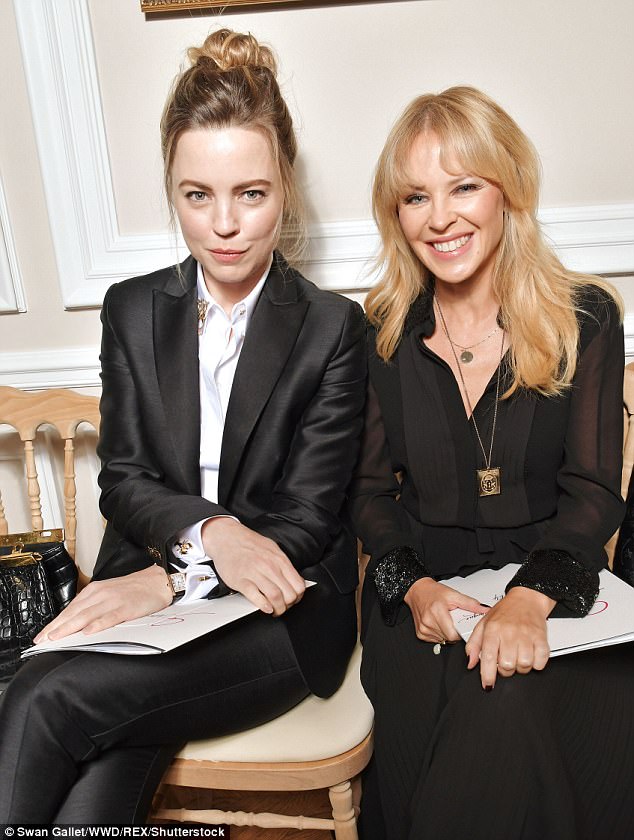 High fashion duo: The pair looked animated as they sat together front row