Aussie pop princess Kylie Minogue looked sensational and oozed class and sophistication at the launch of her latest fragrance, Darling, on Monday.

The singer, 53, turned heads in a lilac pleated floor length dress which she paired with a distinctive pink and white feather boa.

The sleeveless gown highlighted her toned arms and she kept it simple by wearing a pair of small hooped earrings.

Classy: Kylie Minogue looked sensational and oozed class and sophistication at the launch of her latest fragrance Darling on Monday ahead of her move back to Australia

The Better The Devil You Know singer opted for a purple nail varnish and a soft pink blush with a bold smokey eye.

Kylie went for a soft pink gloss that accentuated her full pout.

She finished the look off by wearing her blonde tresses with a middle part and letting her mid length hair fall loosely over her shoulders.

The singer was all smiles at the launch of her latest fragrance. 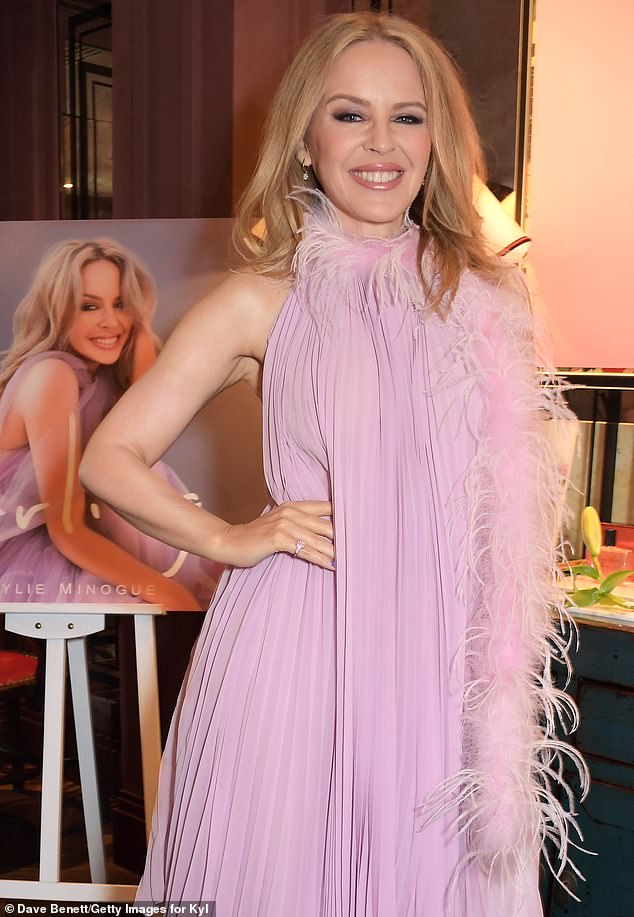 Looking glam: The singer looked glamourous in the floor length pleated gown with a matching white and pink feather boa

She recently hit the headlines with a shock announcement that she moving back to Australia of 30 years in the UK.

A source close to Kylie told The Mirror: ‘This is something she has been thinking about for a while.’

‘This year, when she was in Australia for an extended period due to travel restrictions, it gave her time to think about where she wants to be based.’

‘Like many artists she spends much of her life on the road or travelling.’

‘So she doesn’t anticipate that this is a major change for her as she’s never in one place for a long time anyway.’

‘Covid has given her a lot of time to think about the future and she wants to see more of her family in the times when she isn’t travelling, so she will use Australia as her base.’ 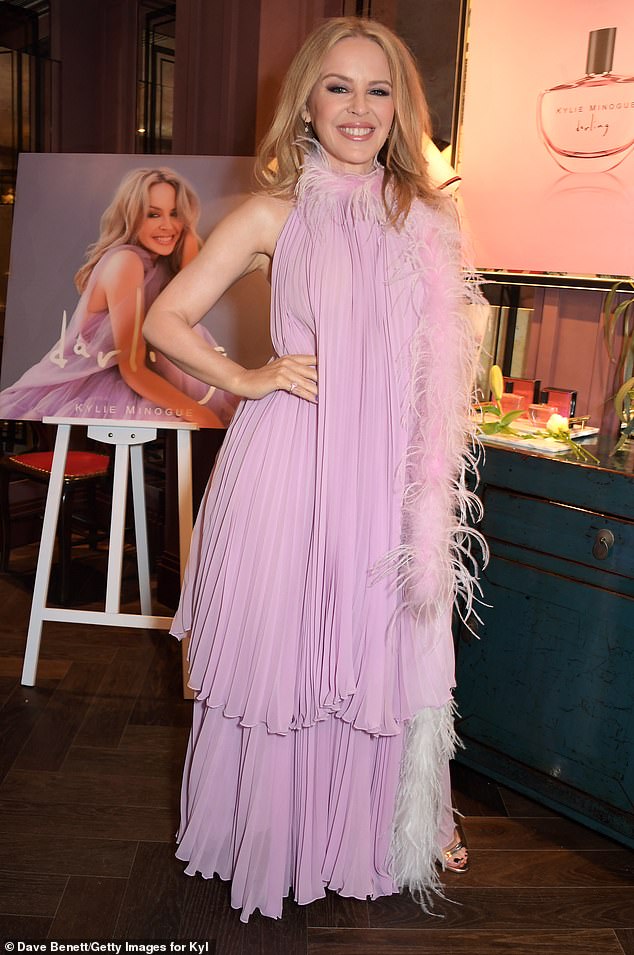 Shock: The Can’t Get You Out Of My Head singer shocked fans by announcing she is returning back to Australia after 30 years in the UK

Kylie reportedly changed her address for four main businesses to an address in Haw-thorn, a suburb of Melbourne.

As well as altering her residence as director on the business from England to Australia, according to The Mirror.

The singer was last in Australia in March when she performed in Melbourne for the funeral of Australian music executive Michael Gudinski.

Family ties: Covid has given Kylie a lot of time to think about the future and she wants to see more of her family in the times when she isn’t travelling, so she will use Australia as her base

Speaking on Zoe Ball’s BBC Radio 2 show, Kylie confirmed the news that had  been swirling for some time and said she couldn’t believe the reaction from her fans.

“I’ll be basing myself in Australia, but I can’t believe the reaction it’s had, I had friends call me; my friend at my local restaurant [called me and was] like, ‘Kylie, what do you mean? You can’t go’.

‘I said I’m not really going, of course. I’ve lived here for 30 years, I’m always going to be back. “I don’t think too much will change.’

Kylie said ‘I’ve spent a lot of time with her family in Australia in 2021 and it felt really good. I’ve been talking about that for a while.’

Adding, ‘don’t worry, I will not be a stranger.’ 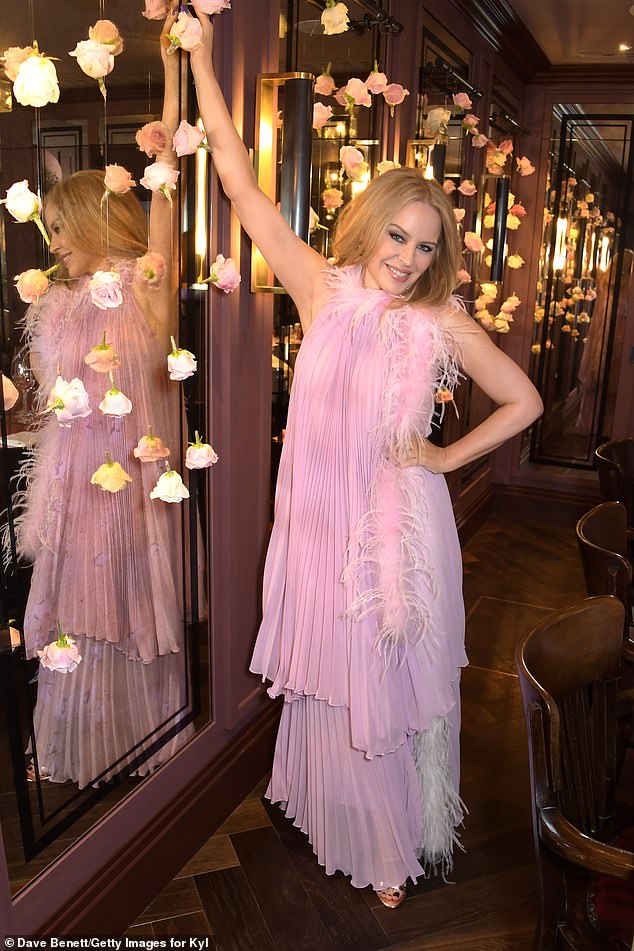 Beautiful stranger: Kylie has promised fans that she will not be a stranger when she returns back to Oz