The department faced outrage over the deaths of Andres Guardado, 18, and Terron Boone, 31, and on Monday, Los Angeles Sheriff Alex Villanueva had committed to ‘transparency’ in their investigations.

Yet the institutions tasked with overseeing deputies’ use of force claim they have been stonewalled when looking for information.

The Sheriff Civilian Oversight Commission and its investigative arm, the Office of Inspector General, told the Los Angeles Times that the sheriff’s department refused to hand over vital documents they asked for days ago. 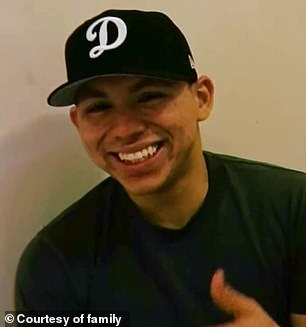 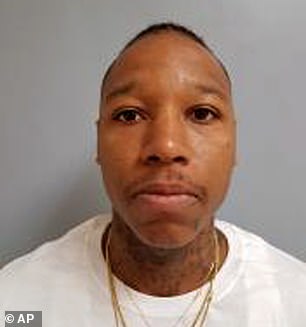 Andres Guardado, 18, and Terron Boone, 31, were shot dead by deputies in two separate incidents last week. The Sheriff Civilian Oversight Commission and the Office of Inspector General claim the Los Angeles Sheriff’s Department is reluctant to hand over information

Inspector General Max Huntsman told the Times that his office had called on the department on Monday to hand over reports, documents and video relating to the shooting death of Guardado.

He said that the documents have not yet been received.

‘We’re not gonna piecemeal it,’ Sheriff Villanueva said on Wednesday, stating that he would supply information when it was possible.

‘If you’re still interviewing witnesses, you don’t release information that’s gonna prejudice the testimony of the witness,’ he said, adding that a ‘security hold’ had been placed on the results of Guardado’s autopsy as a result of the witness interviews.

Huntsman said his office had also asked for a report on Boone’s death to ‘analyze the underlying reason for the manner in which the arrest was conducted’.

‘But they refused to give it to us,’ Huntsman claimed.

‘We can’t make recommendations if we don’t get information from them. So our work can be stymied when there’s not cooperation and collaboration,’ Patti Giggans, chair of the oversight commission, said of the delays on receiving documents and information from the sheriff’s office.

‘We need a willing partner in the sheriff.’

The problem with access to the sheriff department’s records started long before the recent anger and calls for investigations into Guardado and Boone’s deaths.

The Times reports that in January, the Los Angeles County Board of Supervisors was forced to intervene, granting subpoena power to the Civilian Oversight Commission to retrieve records. 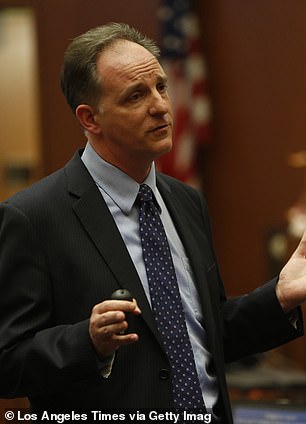 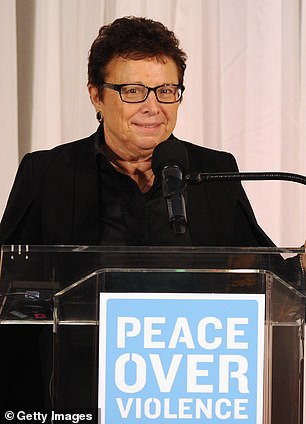 Inspector General Max Huntsman (pictured left) said his office called on the department to hand over reports but they are yet to be received. Patti Giggans (pictured right), chair of the Sheriff Civilian Oversight Commission, said that they need a ‘willing partner in the sheriff’ 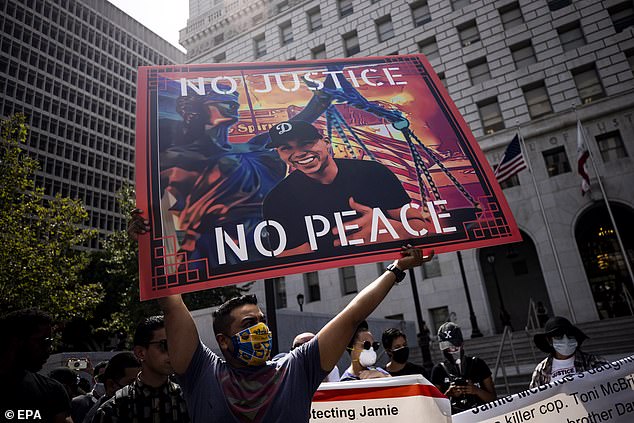 It came after the commission said they were refused access to the agency’s internal discipline system and hiring process.

It also targeted documents related to reported secret cliches among deputies who were accused of misconduct and claimed to have matching tattoos.

The sheriff’s department claimed that subpoena power would pit departments against each other and harm investigations.

This week, activists have called on authorities to further investigate the death of Guardado, a young Hispanic man who was killed last Thursday after a deputy fired multiple gunshots in Gardena, Los Angeles County.

Los Angeles officials Tuesday demanded an independent probe into the death of the Latino security guard, whose shooting by police has fueled more protests against police brutality and racism. 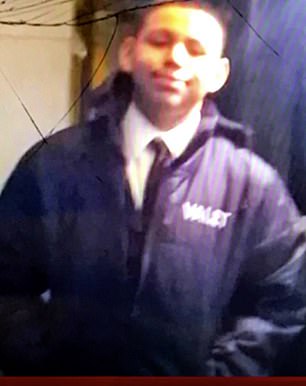 Andres Guardado, 18 (pictured), from Los Angeles, California, was shot and killed by deputies at around 6pm on June 18 outside the autobody shop where he was employed

Police say Guardado was shot when he fled from an auto repair shop after he ‘produced a handgun’.

According to the sheriff’s department, officers were on a routine patrol when they approached Guardado and saw he had a gun.

Guardado’s weapon was an unregistered, illegal hunting device, it said.

No video footage of the incident has emerged, and autopsy results have not yet been disclosed for ‘security’ reasons, angering family members who allege Guardado was shot in the back

Guardado’s death came during a period of nationwide demonstrations that began with the death in police custody of an African American man, George Floyd, in Minnesota last month.

Los Angeles County’s board of supervisors Tuesday unanimously approved a motion for a ‘robust and independent investigation to ensure the truth is uncovered and justice is served’.

A day earlier, Sheriff Alex Villanueva had committed to ‘transparency’, asking the state’s attorney general to monitor an internal probe.

‘The current nationwide political climate, lends itself to a public demand for police accountability, and the propensity of antagonists to assemble large amounts of people in a short amount of time in protest to any perception of impropriety,’ he wrote in a letter to Attorney General Xavier Becerra.

Sheriff Villanueva also reached an agreement this week with local law enforcement leaders to have all police killings investigated by a special task force. 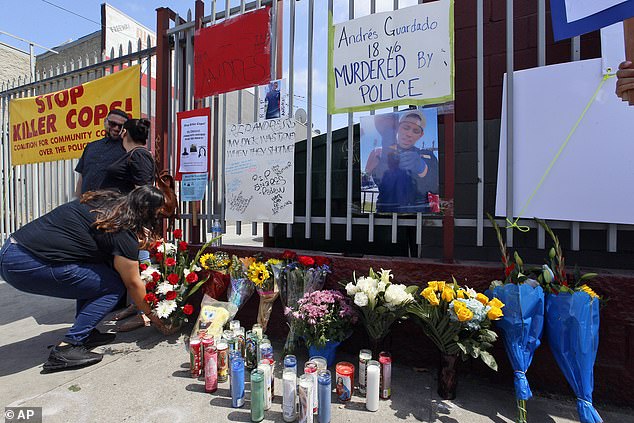 Friends leave flowers near where Andres Guardado was fatally shot by a Los Angeles County sheriff’s deputy. The sheriff’s department has faced outrage over the death in June 18 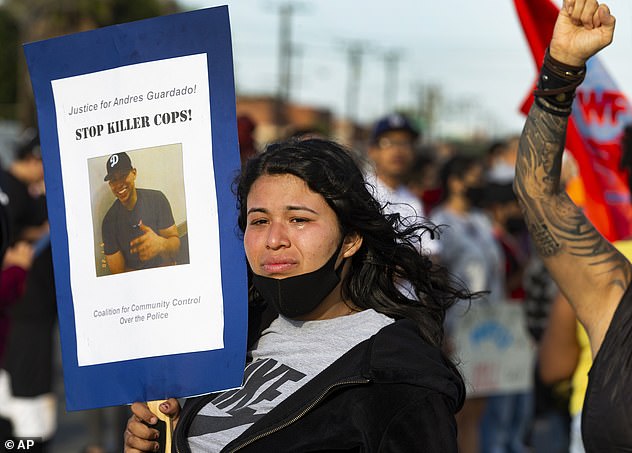 Guardado’s sister, Jennifer Guardado (above) has urged officials to further examine the circumstances leading up to her sibling’s death in Gardena on Thursday night

But introducing the motion for an independent inquiry on Monday, Los Angeles County Supervisor Mark Ridley-Thomas wrote there was a ‘trend’ for the sheriff’s department to not cooperate in independent investigations.

The attorney general’s office has not yet said if it will taken on a oversight role in the Guardado investigation.

‘Our office is aware of the matters you reference. However, to protect its integrity, we are unable to comment on a potential or ongoing investigation,’ the attorney general’s office said in a statement.

The office is already overseeing the investigation into the death of 24-year-old Robert Fuller, whose body was found hanging from a tree near Palmdale City Hall.

Fuller was the half-brother of Boone who was killed in a shoot out with undercover detectives on June 17. 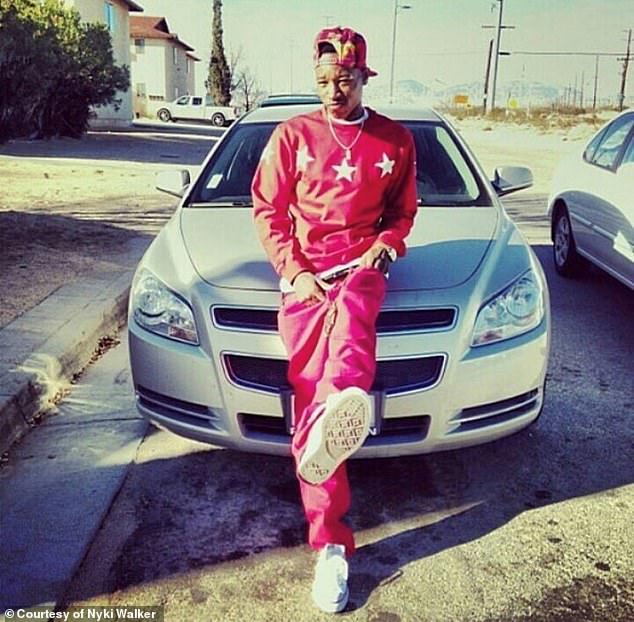 Terron Boone, 31, was was killed in a shoot out with undercover detectives on June 17 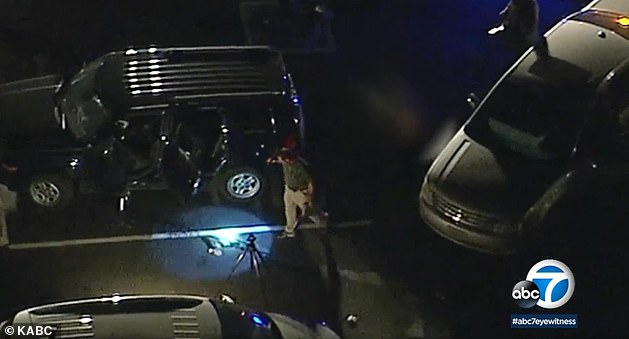 Boone, who was in the passenger seat of a blue SUV (pictured)  was shot multiple times in the upper body and died at the scene on June 17, according to authorities

A warrant had been issued for the arrest of Boone on charges that he allegedly beat his girlfriend and held her captive for nearly a week.

Authorities allege Boone imprisoned his ex-girlfriend in her Palmdale home between June 9 and June 15, threatening and pistol-whipping her.

Boone’s ex-girlfriend ‘waited for an opportunity when he wasn’t looking and she was able to get out, run to a business and had them call 911,’ detectives claim.

Prosecutors filed 13 counts against Boone on Tuesday, including assault with a deadly weapon, false imprisonment, domestic violence and criminal threats. A warrant was issued for his arrest.

The next day, a surveillance team of deputies followed Boone to a residence in Rosamond, about 20 miles north of Palmdale.

Boone got into a blue SUV and left with a woman and a seven-year-old girl. Deputies later moved in to arrest him, and the shootout erupted.

Gunfire broke out after the cops tried to stop the vehicle, which was driven by the woman.

Boone  – who has previously been convicted of burglary and injury to a child – was shot and killed by police.