The Labor Party has planned a $1.18billion foreign aid increase over four years.

Their budget plan has declared a $30million increase to ODA (official development assistance) between 2019 and 2020.

Labor has also pledged an increased $380million in funding to UNHCR (The UN Refugee Agency) over four years.

They would also boost funding for the humanitarian intake to $96million in the same time-frame, but starting in 2020.

Opposition Leader Bill Shorten declared his party would deliver a ‘better set of books’ than the Coalition if elected on May 18.

‘We’ve been up-front with the people of Australia,’ Mr Shorten told reporters in Cairns on Friday.

Do you support an increase in foreign aid?

‘We are going to reverse the cuts to schools and hospitals. We are going to provide tax cuts on 1 July for 10 million working Australians and we will have a better set of books.’

Mr Bowen said further tax relief beyond what Labor had already promised could be provided when the budget is back in healthy surplus, if the economic and fiscal circumstances allow.

‘We’re not saying here’s the number of dollars that every taxpayer gets – that’s the silly game Josh Frydenberg and Scott Morrison are playing,’ he said. 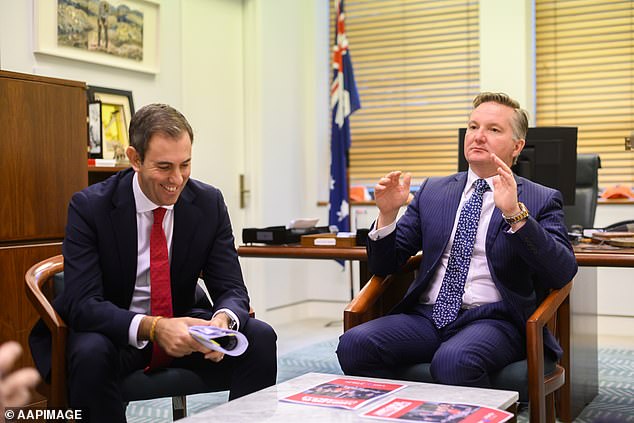