Bill Shorten is on track to lead Labor to victory on Saturday with a majority government according to the last poll released before the 2019 Federal Election.

A 1.9 per cent swing against the Coalition forecasts their downfall despite Scott Morrison being the preferred PM, according to The Australian’s Newspoll.

Labor leads the Coalition 51.5 per cent to 48.5 per cent on a two-party-preferred vote basis.

This would be enough for the party to secure 81 seats in a 151-seat Parliament if applied on a national scale.

Two other polls, Ipsos and YouGov Galaxy, also have Labor above the Coalition at a similar margin of 51-49.

Labor is set to form a majority government on Saturday, according to a last minute Newspoll

Both major parties face the possibility of a minority government with close races in about 20 seats set to play a critical role.

More than 4.5million people handed in their ballots before polling day in a record turnout for pre-election voting.

Mr Morrison finished off his campaign with a 24-hour tour of marginal seats in Queensland, New South Wales and Tasmania on Thursday and Friday.

He remains the preferred Prime Minister, favoured over Bill Shorten by 45 per cent to 38 per cent, with 15 per cent uncommitted.

He ditched a Queensland tour to campaign in Sydney and visit Mr Hawke’s wife, Blanche d’Alpuget. 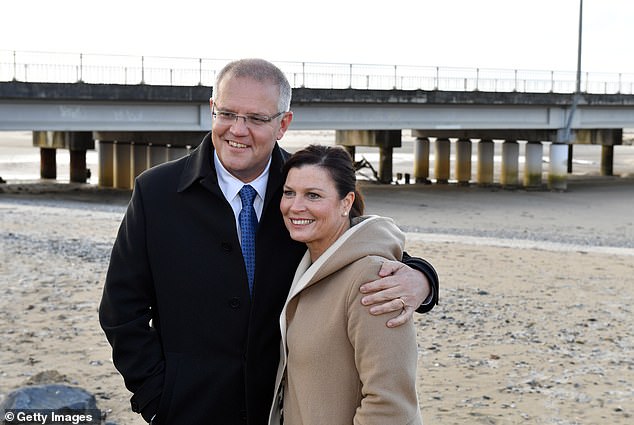 Scott Morrison still leads as the nation’s preferred Prime Minister, but will likely be shunted into a new role as Opposition Leader if the poll is correct

Though Labor enjoys a comfortable lead in two-party preferred votes, the gap narrows when minor parties are brought into the equation.

Labor has 37 per cent of the primary vote, while the Coalition was just ahead with 38 per cent.

Clive Palmer’s United Australia Party now sits at five per cent thanks to his $60 million ­advertising blitz across billboards, television and the internet. 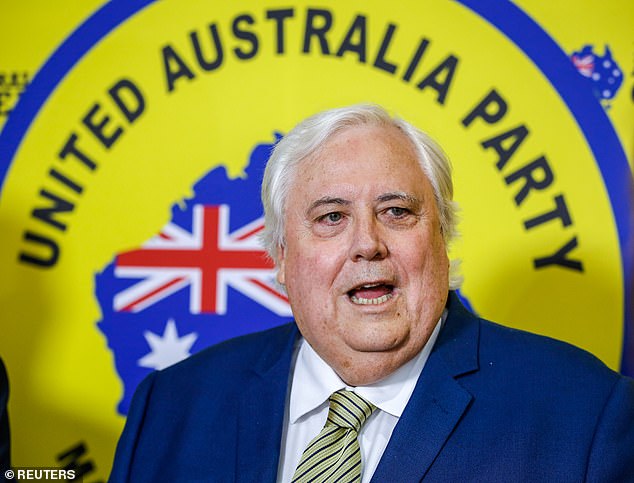 Clive Palmer’s United Australia Party settled at five per cent of popular support after a $60 million ­advertising campaign across billboards, television and online

Pauline Hanson’s One Nation dropped to just three per cent after peaking at 11 per cent in 2017.

AEC Commissioner Tom Rogers revealed three-million pre-poll votes had been cast as of Wednesday morning, an increase of 1.8million at the same stage for the last election.

The polls open at 8am on Saturday and will shut at 6pm. Visit the AEC for more information. 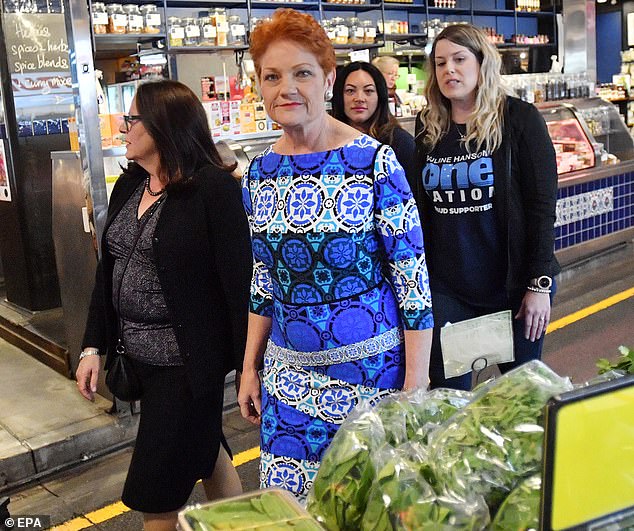