Expelling Jeremy Corbyn from Labour could spare the party legal action over a leaked anti-Semitism report that would bankrupt it.

Some ex-party staff now poised to take part in multi-millionpound lawsuits against Labour say they will drop their claims if the former leader is thrown out of the party.

But the extraordinary ultimatum will enrage backers of Mr Corbyn already furious that Labour under new leader Sir Keir Starmer last week apologised to anti-Semitism whistleblowers and agreed to pay them damages in a separate case.

It comes amid anger on the Left at Sir Keir’s ‘failure’ to cut the Tories’ lead in the polls despite Boris Johnson’s ‘abject handling’ of the coronavirus crisis.

The Mail on Sunday revealed in April that Labour could face a legal bill of between £3million and £8million over the leak of an internal party report into the handling of antisemitism complaints during Mr Corbyn’s leadership.

More than 30 individuals whose identities were exposed by the leak or who faced ‘unfounded’ allegations in the report were considering legal action against the party.

Corbyn loyalists have claimed the leaked document laid bare how ‘Blairites’ at the party’s HQ had worked against him – while moderates say the report was designed to shift the blame for the ‘disgraceful’ handling of anti-Semitism complaints under the former leadership.

But last night, sources close to some of the ex-party staffers confirmed they would drop the legal action if Mr Corbyn was ejected from the party.

It came amid warnings that more legal payouts could seriously jeopardise the party’s finances, as more cases are brought against it over anti-Semitism. 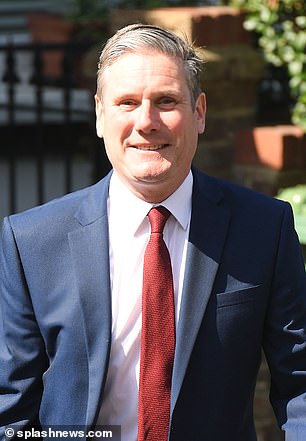 Some ex-party staff now poised to take part in multi-millionpound lawsuits against Labour say they will drop their claims if the former leader (left)  is thrown out of the party. Keir Starmer (right) has pledged zero-tolerance to anti-Semitism 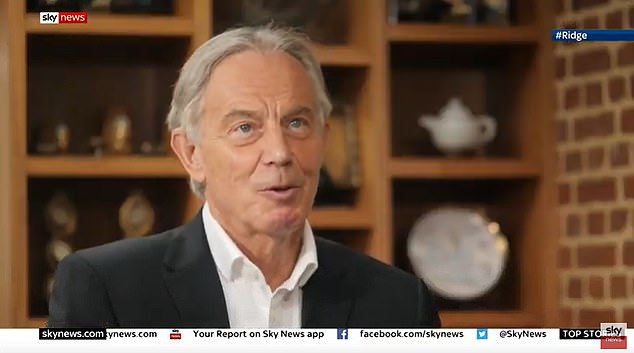 The Observer reported that officials are braced for a new round of claims to be submitted this week.

A well-placed source said some would still take action on ‘entirely justifiable claims’ due to the harm they had suffered.

But others would back down and so limit the eventual payouts from Labour if the ex-leader was expelled.

Mr Corbyn infuriated the new leadership by criticising last week’s decision to apologise and pay damages to party whistleblowers who took part in a BBC Panorama ‘Is Labour antisemitic?’ documentary last year but who were derided by a Labour spokesman at the time as ‘disaffected former officials’.

He is now facing possible legal action from Panorama’s John Ware for potentially defaming him last week. Supporters of Mr Corbyn have raised £250,000 to pay for his legal defence but been accused of posting anti-Semitic messages online. The Go Fund Me page yesterday appeared to have removed all comments.

Labour declined to comment on ex-party staff’s request for Mr Corbyn to be expelled.

But Corbyn supporter Jon Trickett said: ‘It is a ridiculous demand.’

Left-wingers say Sir Keir should stop celebrating his high personal ratings and cease picking fights inside the party, and instead focus on cutting the Tories’ overall lead over Labour in the polls.

Mr Blair told Sky’s Ridge on Sunday: ‘I talk to him from time to time, as I’m sure he does with other former Labour leaders and I think he’s done a great job.

‘I mean he’s really – he’s made the Labour party competitive again. There is still a long way to go on policy but he’s made a really impressive start and he’s got to a situation where for a lot of people who had really given up on the Labour party, voters as it were, I think they are now looking at it again much more sympathetically and they regard him as a serious figure.’

But he warned Sir Keir that voters were wary of Labour as a party that rises taxes, adding: ‘My experience with tax when you’re in the Labour Party is be really careful because the public out there aren’t sitting there worried as to whether you are going to raise taxes or not, they are probably worried that you are going to raise taxes so you’ve just got to be mindful of that concern.’