Labour membership ‘surges by 100,000 as moderates flood the party’

Labour’s membership has grown by more than 100,000 since the party’s devastating general election loss, sparking hard-left fears that a moderate surge could scupper Rebecca Long-Bailey’s chances of victory.

Would-be members of the Labour Party have until 5pm today to join up if they want to be eligible to vote in the battle to replace Jeremy Corbyn.

The five remaining candidates in the race are now scrambling to persuade their supporters to sign up to boost their hopes of securing the top job.

But the initial numbers, revealed to the Huffington Post website by a party insider, are likely to make for grim reading for Ms Long-Bailey with many of the people joining thought to be moderates who left the party under Mr Corbyn’s leadership.

The shadow business secretary has the backing of the current Labour leadership and is viewed as the ‘continuity Corbyn’ candidate – a label she has rejected.

Moderate candidates believe a huge increase in membership could play in their favour and torpedo Ms Long-Bailey’s campaign.

All five candidates – Ms Long-Bailey, Sir Keir Starmer, Lisa Nandy, Emily Thornberry and Jess Phillips – are now locked in a battle to make it onto the final ballot of party members.

To do so they must win the nominations of 33 local constituency parties or three Labour affiliates, including at least two trade unions.

Ms Long-Bailey and Sir Keir are widely expected to make it into the final stage of the contest.

But the three other candidates are facing an uphill battle amid fears the two front runners will secure the majority of the available union and constituency Labour party support.

Those candidates which do secure the required support will then be put to a ballot of party members between February 21 and April 2. 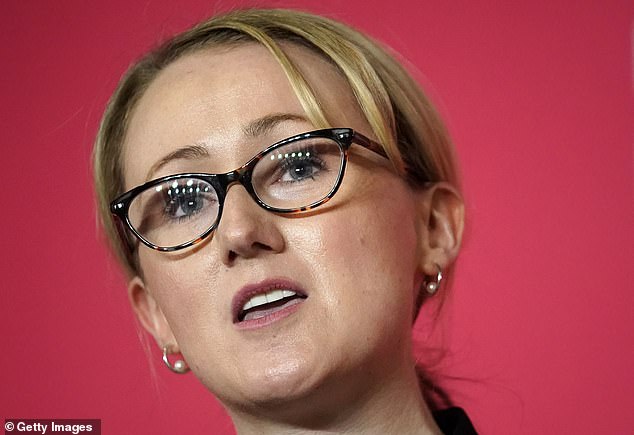 A surge in new Labour members is believed to be bad news for Rebecca Long-Bailey’s hopes of victory. The shadow business secretary is pictured on Liverpool on Saturday 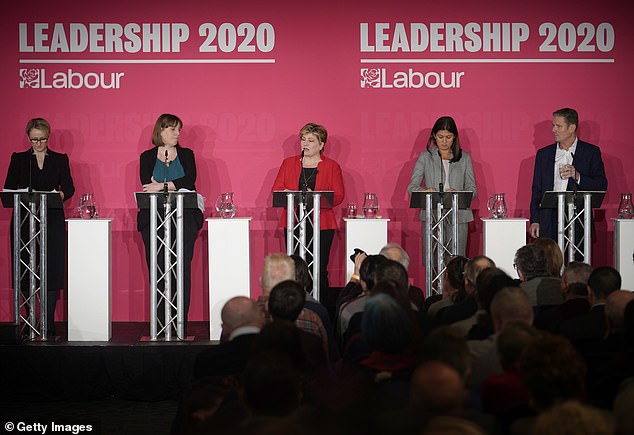 The first hustings of the leadership contest was held in Liverpool on Saturday as the candidates exchanged fire.

Ms Phillips said the event was ‘awful’ as she also revealed she believes she is unlikely to win the contest.

Writing for The Guardian, she said: ‘I was awful because I was trying to hit a million different lines and messages in 40 seconds. Some were my lines, some were other people’s, and it fell flat.’

She added: ‘Ready for some more honesty? The likelihood that anyone but Keir Starmer or Rebecca Long-Bailey is going to win is, well, pretty low.’