Labour MP had swastikas left on her office door

A Labour MP who had swastikas daubed on her office door said the Crown Prosecution Service refused to prosecute a suspect due to freedom of speech.

Paula Sherriff, the Member of Parliament for Dewsbury, said she had swastikas left on the doorstep of her office on three separate occasions last summer.

But the Crown Prosecution Service (CPS) ruled out a prosecution over the matter and a suspect was only issued with a warning for harassment, the Times reported.

Paula Sherriff, the Member of Parliament for Dewsbury, said she had swastikas left on the doorstep of her office on three separate occasions last summer

The service cited the man’s right to free speech as one of the reasons for not taking further action – and the MP is now asking for a review of the case.

She said: ‘MPs inevitably draw criticism for their views and I expect robust discussion.

‘But it is wholly unacceptable for anyone, MP or otherwise, to be subject to intimidation and abuse while they go about their work.

‘Harassment, violence and abuse has no place in our society. It needs to be matched by decisive action from the police and criminal justice system.’ 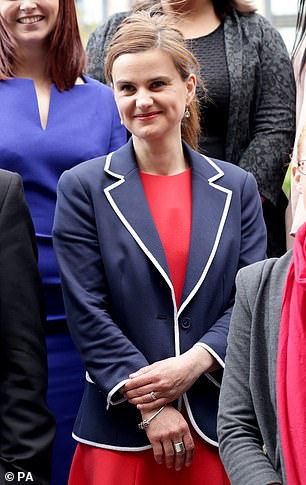 Ms Sherriff – whose constituency neighbours Batley and Spen, where Jo Cox was killed in 2016 – said she sometimes receives more than 1000 items of abuse per week

Ms Sherriff – whose constituency neighbours Batley and Spen, where Jo Cox was killed in 2016 – said she sometimes receives more than 1000 items of abuse per week.

It comes as Harriet Harman, the former Labour Party deputy leader, claimed female MPs have had to move house and hire bodyguards after being bullied over their stance on Brexit.

She even suggested that the level of hostility and abuse has caused female MPs to shift their position on crucial votes.

Police have reportedly advised one unnamed MP to not travel alone at night. Another has been told not to drive and a third has been advised against jogging in her local park.

Scores of activists have hounded MPs in Westminster in recent months. Last month, a mob of protesters surrounded pro-Remain Tory MP Anna Soubry, calling her a ‘Nazi’ and a ‘traitor’.

Several female MPs have accused the police of failing to adequately deal with the culprits – adding that they feel the authorities are siding with the abusers in some cases, it was claimed.

Robins, of Exeter, Devon, was given a community order. 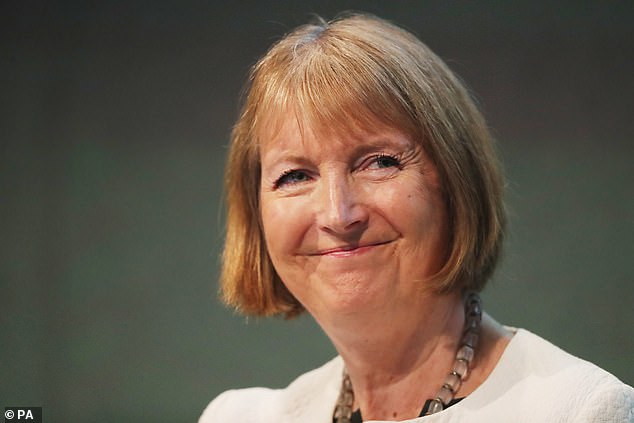 Harriet Harman, 68, former deputy leader of the Labour Party, said the level of hostility and abuse has led to female parliamentarians even shifting their positions on crucial votes

Another man, 59, was arrested after making death threats against Yvette Cooper, the Labour MP and former shadow home secretary, in which he allegedly threatened to kill her children and grandchildren over her opposition to a no deal Brexit.

Miss Harman, the chairwoman of a joint committee on human rights which is carrying out an inquiry into the issue, has demanded major improvements in the way police handle such cases.

She said: ‘We are only seeing the tip of the iceberg. None of these MPs are snowflakes. To be elected requires you to be committed and motivated. These are the toughest of the tough.

‘Some of them don’t want to have this in the public domain because they fear it will make the threat worse but also because it would undermine their effectiveness.

‘It makes them more remote, it inhabits them from speaking out and there is clear evidence with some MPs it is affecting the way they vote. We need to nip this in the bud.’ 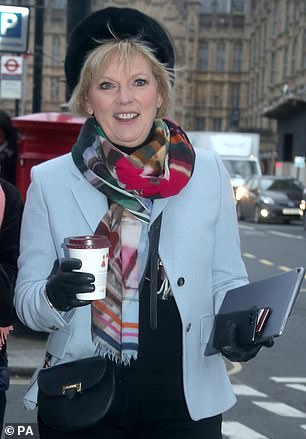 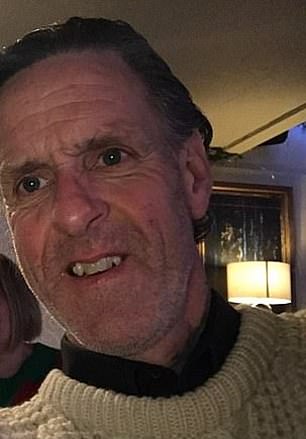 Miss Harman said she feels ‘that the police have seen it as their job to protect the threatener rather than the threatened in the name of free speech.’

Last night, the CPS defended its decision not to prosecute the suspect in Ms Sherriff’s case.

Gerry Wareham, the chief crown prosecutor for Yorkshire and Humberside, said: ‘We considered this case carefully but the evidential test was not met to prove a criminal offence so we could not prosecute.

‘The suspect was issued with a harassment warning. We understand Ms Sheriff’s concerns and take any potential threat of this nature very seriously.’

West Yorkshire Police confirmed a complaint has been received into the police handling of the incidents in July and August 2018 and said the case had been passed to the Independent Office for Police Conduct for investigation.