Labour MPs are urged to defect amid anti-Semitism row

Labour MPs are being urged to defect rather than support Jeremy Corbyn as leader – amid warnings that the anti-Semitism crisis could destroy the party.

Mr Corbyn is struggling to contain a growing backlash over his failure to tackle problems within Labour.

He was forced into a grovelling apology last night in a letter to the Board of Deputies and the Jewish Leadership Council.

The veteran left-winger admitted he had been too slow to act and pledged he would be a ‘militant opponent’ of anti-Semitism. The organisations had accused him of siding with anti-Semites ‘again and again’.

But the pressure on Mr Corbyn intensified again today as senior backbencher John Mann warned that Labour would ‘cease to exist’ if it did not address the antisemitism issues. He said opposing such racism was ‘in the DNA’ of the party.

Meanwhile, Tony Blair raised the temperature by arguing that neither the leader nor his aides even understand the depth of the problems.

And Labour peer Lord Levy said he was no longer sure he had a place in the party because of the handling of anti-Semitism by the leadership.

At least a dozen Labour MPs joined a protest at Westminster against anti-Semitism last night.

Wes Streeting, MP for Ilford North, said anti-Semitism was a ‘stain on the conscience of the Labour Party’ as he called on Mr Corbyn to take action – such as expelling Ken Livingstone, who has been suspended over accusations of anti-Semitism – instead of ‘mealy-mouthed’ statements.

As another senior Labour politician broke ranks to condemn Mr Corbyn, Dame Margaret Hodge said she was ‘deeply offended’ by ‘persistent and pervasive anti-Semitism’ in and around her party.

In a Facebook post, the MP for Barking wrote: ‘While Jeremy is not himself anti-Semitic, he has allowed himself to become the poster boy of anti-Semites everywhere.’

Stoke MP Gareth Snell asked why Mr Corbyn had not attended the session, and demanded that he publicly denounce a counter-demonstration being staged by Corbynistas against the rally in Parliament Square.

Jonathan Arkush, president of the Board of Deputies, had accused Mr Corbyn of ‘swimming in a sewer totally polluted by anti-Semitism’, adding: ‘Finally, Jeremy, take some responsibility. Because it’s you, and your leadership, that are responsible for this. Token words, token apologies, are no longer enough.’ 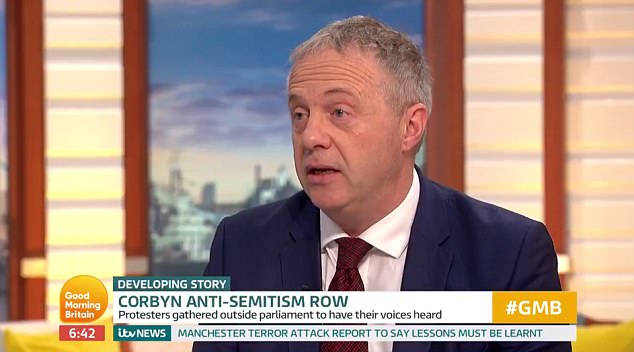 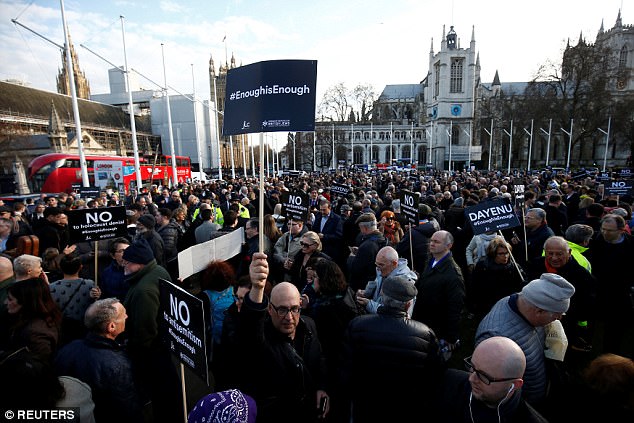 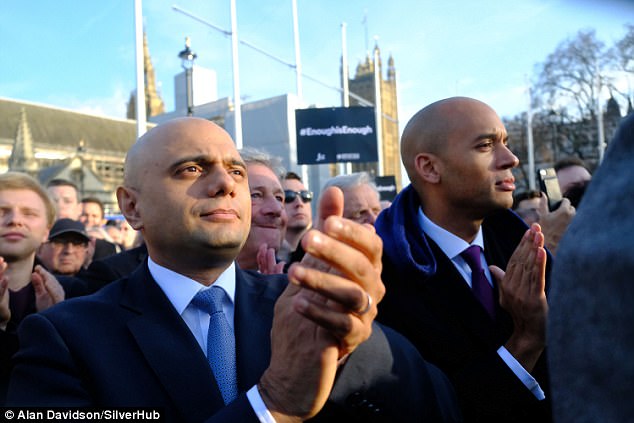 Around 100 Corbyn supporters staged a counter-demonstration organised by Jewish Voice for Labour. Spokesman, Naomi Wimborne-Idrissi, suggested the public would think Jews were ‘interfering with the UK’ by attending the protest.

In his letter last night, Mr Corbyn apologised for questioning the removal of a controversial mural in the East End in 2012 without studying its content.

He wrote: ‘I recognise that anti-Semitism has surfaced within the Labour Party, and has too often been dismissed as simply a matter of a few bad apples.

‘I am sincerely sorry for the pain which has been caused, and pledge to redouble my efforts to bring this anxiety to an end. I will never be anything other than a militant opponent of anti-Semitism.’ 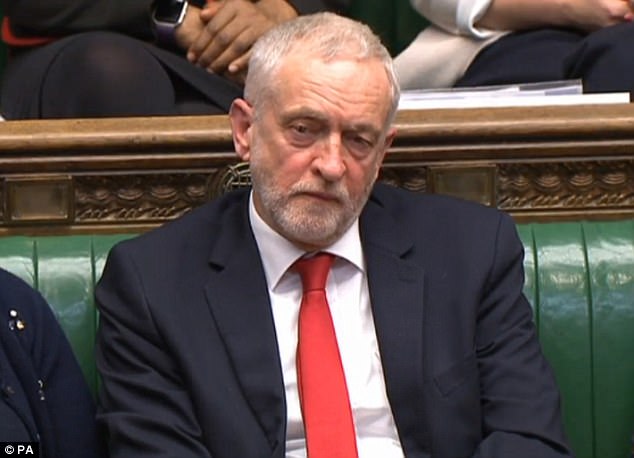 Luciana Berger wrote to fellow Labour MPs last night on behalf of the Jewish Labour Movement to warn: ‘We have faced consistent attack from within in our own party.

‘We are told we only exist to weaponise anti-Semitism in order to undermine the leadership.’

Tory MPs including Nicky Morgan and Will Quince have raised questions about whether moderate Labour MPs can continue to serve under Mr Corbyn.

Mr Quince tweeted: ‘How can they continue to sit behind Jeremy Corbyn at PMQs and campaign for Labour in the knowledge that they are working to make him PM?’

Referring to a demonstration outside Parliament by Jewish groups, Ms Long-Bailey told BBC Radio 4’s Today programme: ‘It was devastating for every single Labour MP to realise that the Jewish community had lost faith in our approach to anti-Semitism going forward.

‘But… we do take a zero tolerance approach to anti-Semitism, but has that been enforced as effectively as it should have been?

‘I think there is a lot more that needs to be done and I think Jeremy addressed that clearly yesterday.

‘He has always been a militant opponent of anti-Semitism.

‘But too often, I think, the issue has been dismissed as a few bad apples when we needed to take very serious root and branch action to root out the cause of the problem.’