By Deputy Political Editor For The Daily Mail

Labour will today pledge to halt bank and Post Office closures in a drive to save the High Street.

Under the plans, the Financial Conduct Authority would be handed the power to veto plans to shut branches.

Under her proposals, the party would also ban charges at cash machines and encourage the provision of free public wi-fi in town centres.

Mrs Long-Bailey will argue that stopping bank closures will help neighbouring shops remain in business. Banks have shut almost 3,000 branches in the past four years – about 60 every month.

Labour would also stop the closure of Crown Post Offices, which are the large town centre branches directly managed by the Post Office.

In the past five years the number of Crown Post Offices has fallen from 373 to 262 as they have been closed or sold off and put inside shops. 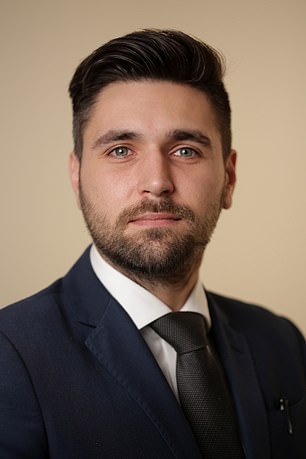 Gareth Shaw (pictured) of Which? said banks and free ATMs are closing ‘at an alarming rate’

Gareth Shaw of Which? said: ‘Bank branches and free-to-use ATMs are closing at an alarming rate – threatening to leave consumers and businesses without vital banking services. Urgent action is needed to protect access to cash and banking services in areas where people still need them.

‘We welcome steps to put local communities at the heart of these decisions and give them the chance to have their say before these services disappear.’

Mike Cherry, of the Federation of Small Business, added: ‘Small businesses on our high streets are under the cosh like never before.

‘It’s good to see Labour renewing its commitment to their survival against the odds.

‘Access to cash and banking services are critical to the future of our high streets. Small firms and consumers alike need free and reliable access to cash points and in-person banking support.