Labour storm over anti-Semitism ‘has cost the party almost £400,000 in legal fees’

Labour storm over anti-Semitism ‘has cost the party almost £400,000 in legal fees’

By Brendan Carlin and Lee Harpin For The Mail On Sunday

The anti-Semitism storm engulfing Jeremy Corbyn’s Labour has landed the party with a legal bill of hundreds of thousands of pounds, it was claimed last night.

Party sources say expert legal advisers drafted in to deal with the crisis and other legal problems have cost the party close to £400,000.

The claims sparked protests from Labour MPs last night who demanded ‘full disclosure’ on how much their party was spending to deal with the anti-Semitism furore.

Party sources say expert legal advisers drafted in to deal with the anti-Semitism crisis and other legal problems have cost the party close to £400,000

Mr Corbyn was also hit by claims that party staff working directly for him have agreed to give evidence to an inquiry by the equality watchdog into the controversy.

At least two members of the Opposition leader’s office are understood to have volunteered to give statements to the Equality and Human Rights Commission (EHRC).

Only last week, Mr Corbyn won backing from Labour’s ruling National Executive Committee for a new system to ‘fast-track’ expulsions of party members in the most serious anti-Semitism cases.

It agreed that a new internal panel should be established to take ‘rapid action’ against the worst culprits.

But a new row was raging last night after party sources said legal advisers brought in to help deal with the issue would end up costing Labour hundreds of thousands of pounds.

This follows the Labour bosses’ decision last summer to bring in Left-wing barrister Gordon Nardell as the party’s ‘general counsel’ to help deal with the backlog of anti-Semitism cases and to oversee the party’s disciplinary processes. 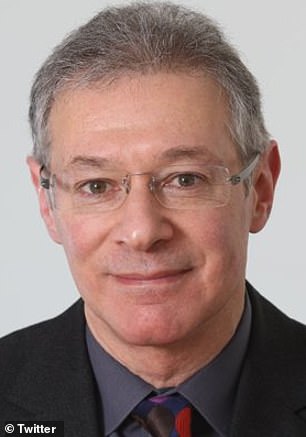 It emerged three weeks ago that Mr Nardell will next month quit the role to return to full-time practice with his chambers, Twenty Essex Street, although the party insisted this was nothing to do with revelations in a damning BBC Panorama investigation aired on July 10 on how Labour had dealt with anti-Jewish prejudice. But well-placed party sources claimed his work would end up costing the party ‘close to £400,000’.

One said: ‘Top lawyers may not come cheap but you really have to ask if we had to spend this money.

‘So much of this anti-Semitism crisis is self-inflicted because Corbyn and his cronies didn’t nip it in the bud.’

Earlier this year, Labour faced the threat of a walkout by party staff furious at their proposed pay rise.

And one senior MP said: ‘It really sticks in the craw that we may have to fork out such a large amount of cash for legal costs but had to be dragged kicking and screaming before we offered our own workers a fair rise.’

In a humiliation for Labour two months ago, the EHRC announced it was launching a full-scale inquiry into Labour’s handling of anti-Semitism. It is understood that around 35 current and ex-Labour staffers have co-operated with the probe, with several coming forward after the Panorama programme.

The BBC broadcast enraged the party’s high command by revealing claims from ex-Labour officials that some of Mr Corbyn’s closest allies tried to interfere in disciplinary processes involving allegations of anti-Semitism.

Last night, it emerged that Labour, which denied the claims, has now submitted a formal complaint almost 30 pages long to the BBC. Sources said the party ‘intends to pursue the complaint at all levels and is ready to escalate.’

A BBC spokesperson said it would respond ‘in due course’.

Labour last night denied it was paying hundreds of thousands of pounds for the anti-Semitism legal advice, adding that it was ‘implacably opposed to anti-Semitism in any form.’

Party sources also suggested that before the creation of the in-house lawyer role, Labour had to rely ‘on external providers at greater cost’.