Labour will hold a major inquiry into the legacy of British colonialism if it wins the election, it was claimed last night. Pictured: Jeremy Corbyn at the annual CBI Conference yesterday

Labour will hold a major inquiry into the legacy of British colonialism if it wins the election, it was claimed last night.

The party’s manifesto, to be published on Thursday, is expected to promise an investigation into human rights abuses under British rule.

Earlier this year, Jeremy Corbyn suggested Britain should consider paying reparations to its former colonies and he has demanded children be taught about the ‘grave injustices’ of the empire.

HuffPostUK reported that Labour’s manifesto will also propose a windfall tax on oil firms – and free travel for under-25s on publicly-run bus companies.

It will, however, not honour a party conference decision to shut private schools – instead saying that they will face higher taxes, such as VAT on fees.

Among the manifesto’s most controversial pledges will be a review of the ‘legacies of British imperial rule’. The wording of the promise is understood to be broad, but campaigners have long demanded justice for those who suffered due to Britain’s conquests overseas, as well as its role in the slave trade. 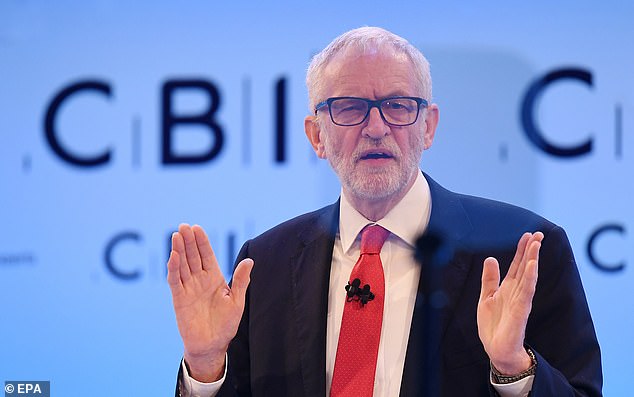 It could lead to formal government apologies in Parliament and demands for reparations or compensation.

However, a YouGov poll in 2016 found that 44 per cent of Britons were proud of their country’s history of colonialism, with 21 per cent regretting it.

Tory MP Michael Fabricant said: ‘Instead of focusing on Britain’s long-past imperial history and signalling how virtuous they are, Labour should apologise for their own problems including their innate anti-Semitism.’