Labour’s general secretary has announced that he is quitting his role after a ‘tumultuous’ seven-year tenure.

Iain McNicol said he was standing down to ‘pursue new challenges’ in the Labour movement.

The move comes after rumours  that allies of Labour leader Jeremy Corbyn wanted to oust Mr McNicol from the top backroom role.

However, in a statement, the Labour leader said: ‘I would like to personally thank Iain McNicol for his long and dedicated service to the Labour Party as General Secretary.

‘He has run our party’s organisation at a time of great change, including a near tripling of the membership, two general elections and the EU referendum.

‘Iain has served the Labour Party and trade union movement in a wide range of roles throughout his career and is a credit to our movement.

‘I am confident Iain will continue to play a major role in politics and our party, and will support our team inside and outside Parliament with his experience and skills.’ 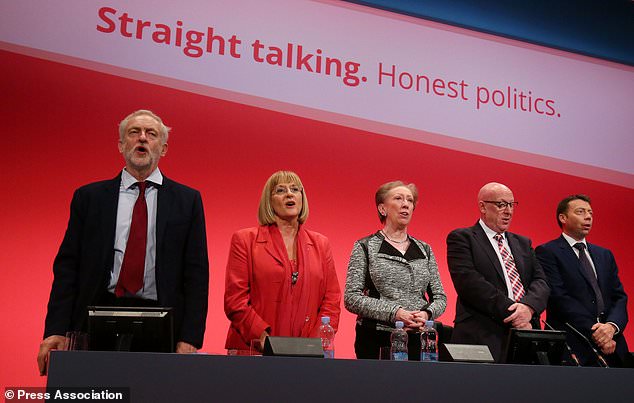 Mr McNicol, who took on the job in 2011, reportedly angered allies of the Labour leader after rumours he was involved in trying to stop Mr Corbyn being automatically included on the ballot paper when he faced a leadership challenge.

Labour said officers of the party will now meet to decide the election of a successor.

It will give Mr Corbyn a chance to further strengthen his control over party structures.

Mr McNicol said: ‘It’s been an absolute honour and a privilege to serve as general secretary of the Labour Party. I have now decided to move on to pursue new challenges in the service of the Labour Party and wider labour movement.

‘I would like to thank our fantastic staff across the country for their brilliant work and support. A team who continuously go above and beyond to deliver for Labour. It has been a tumultuous seven years including; two general elections, a huge increase in our membership, Scottish and EU referendums.

‘It is a hugely exciting time for the Labour Party after we achieved the biggest increase in our vote since 1945 at last year’s general election. I will continue to support Jeremy Corbyn’s leadership and will work closely with him and our whole parliamentary team to take Labour to victory at the next general election.’