The IFS think-tank said far more than the top 5 per cent of earners would fund Jeremy Corbyn’s huge programme of nationalisation and handouts.

Pensioners would be hit by dividend tax, lower earners will lose out from the abolition of marriage tax allowance, and corporation tax increases will feed through to the wider population.

The damning conclusion came as the IFS criticised the manifestos of both the main parties, saying neither were ‘properly credible’.

Director Paul Johnson said there was little detail in the Conservative prospectus, suggesting the party will have to fill in gaps if it stays in power.

But the economists reserved the bulk of their criticism for the huge Labour platform. 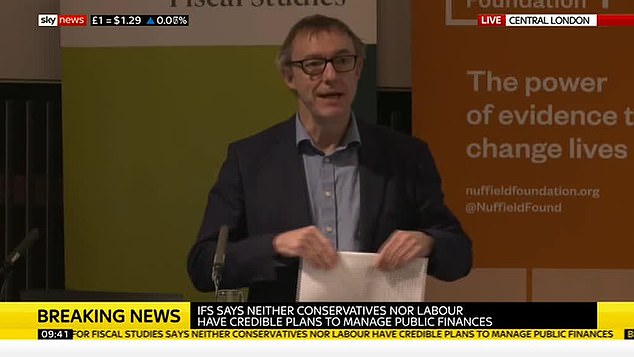 Mr Johnson said Labour was proposing to increase corporate tax revenue to the ‘highest pretty much in the developed world’.

And he rejected the idea that the £83billion of spending could be funded solely by the wealthiest in society.

He said Labour would ‘clearly increase taxes for many millions outside the top 5 per cent’.

‘In their own terms, clearly it is not the case that Labour’s programme would only affect the top 5 per cent of the population,’ Mr Johnson said.

‘Their dividend tax changes, their marriage tax changes and so on would actually affect many more than that.’

‘And of course if you are taking £40billion out of the corporate sector someone ends up paying for that.’

The think-tank said Labour would not be able to deliver on its promise to raise investment levels by £55billion a year as the public sector does not have the capacity to ‘ramp up’ that much that quickly.

It was ‘highly likely’ that a Labour government would have to find other tax increases beyond those it has announced for big business and the better off to raise the extra £83billion a year in additional revenues it wants.

‘In reality, a change in the scale and the scope of the state that they propose would require more broad-based tax increases at some point,’ Mr Johnson said.

The IFS delivered a devastating verdict on Labour’s plan to hand out £58billion to women pensioners born in the 1950s. Eight members of the shadow cabinet, Theresa May and millionaire actress Emma Thompson are among those who would benefit to the tune of thousands of pounds, and Labour says it would borrow the money.

Mr Johnson said: ‘While many were not aware their state pension age was rising, and some have clearly suffered hardship as a result, the decision was taken at least 15 years before the increase in pension age and most in the group are relatively well off.

‘To believe the whole group should receive compensation is a recipe for complete stasis in policy.

‘How can you ever defend any policy which ever makes anyone worse off if you think this change in pension age, implemented with 15 years notice, designed to equalise treatment between men and women, and in the face of dramatic increases in life expectancy, is in some sense unethical?’ 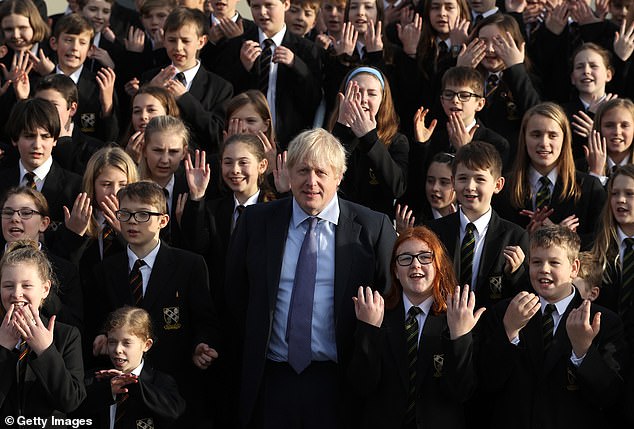 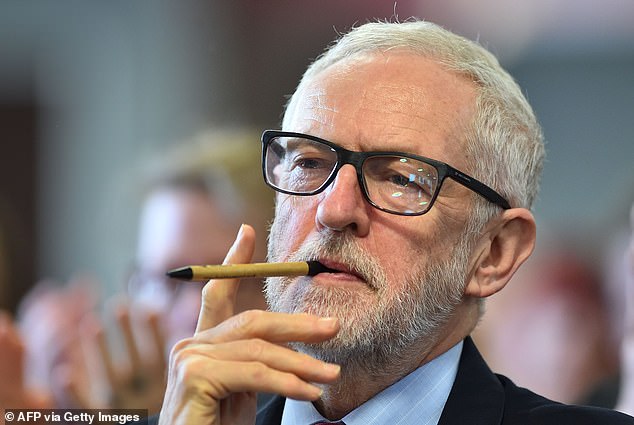 The IFS said it was ‘highly likely’ that a Conservative government would end up spending more than the party’s manifesto implied – meaning either taxes or borrowing would have to rise.

Mr Johnson said that the chances of the Conservatives being able to hold spending down over the course of a five year parliament in the way that they proposed appeared to be ‘remote’.

‘Why have they been so immensely modest in their proposals? Because to do otherwise would either mean resiling from their pledge to balance the current budget or would mean being up front about the need for tax rises to avoid breaking that pledge,’ he said.

Mr Corbyn said he is ‘very confident’ it can be delivered without tax hikes for anyone earning less than £80,000.

Launching climate policies at Southampton FC’s stadium today, the Labour leader said: ‘Yes, of course, we take on board the IFS comments.

‘I think our manifesto is bold, it’s ambitious, it’s prepared, its thought-out and there’s a grey book that fully costs it.

‘We are very confident that our manifesto can deliver improvements in the lifestyle and life chances of the poorest people in our country, and will not result in tax or national insurance increases for anyone earning less than £80,000 per year.’