A secret club where members shared tips of how to end their own lives is said to have been visited by Lady Lucan months before she committed suicide last September.

Exit International, the club in question, is a non-for-profit organisation that advocates the legalisation of euthanasia, providing information, support and aid products for assisted suicide – both euthanasia and assisted suicide are illegal under English law.

Founded originally in Australia by physician Dr Philip Nitschke, Exit International has spread throughout the world with a membership of 20,000, according to the group, with the average age being around 75-years-old. Many of its members are significantly ill.

The group’s arrival in the UK struck controversy in 2008 when it began giving workshops on how people could ‘choose and implement a peaceful death at a time of their choosing,’ its website states.

The kits allow users to know when lethal barbiturates are present in liquid, meaning a user can take their own life without fear that the drugs have expired or are not strong enough.

Exit meetings are also there to supply its members with advice on how to acquire drugs while not drawing attention to themselves from authorities. 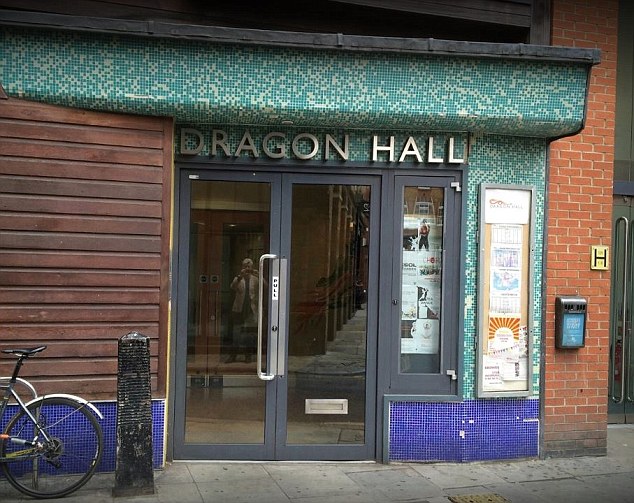 Dragon Hall in Convent Garden, London, pictured, is said to be one of the meeting places where Exit International members meet to swap tips and give support on assisted suicide

Lady Lucan’s meetings with Exit International emerged during an inquest earlier this year when her friend David Davies admitted to Westminster Coroner’s Court that they had attended one together.

Her late husband – the 7th Earl John Bingham – is alleged to have killed family nanny Sandra Rivett after mistaking her for his estranged wife during a bitter custody battle over their three children in 1974.

Lady Lucan had lost her sense of smell, felt tired, anxious, suffered from insomnia and was becoming forgetful.

But the coroner said there was no formal diagnosis and an examination of her brain came back with ‘normal’ results. The Court also heard her diary entry about how she would commit suicide if she became frail and had books on assisted dying.

A pathologist concluded she died from respiratory failure caused by a lethal dose of drugs and alcohol poisoning.

After her death, the Mirror reports that Exit founder Dr Nitschke tweeted a photo of her, writing: ‘More tangible evidence of the benefit of Exit International mem­­bership and Peaceful Pill workshop attendance.’ 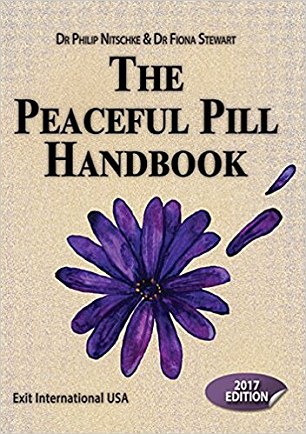 Peaceful Pill, pictured, is the name of the group’s $80 (£57) handbook for euthanasia and assisted suicide

Peaceful Pill is the name of the group’s $80 (£57) handbook for euthanasia and assisted suicide.

Completing euthanasia in Britain is a penalty of fourteen years in prison under the 1961 Suicide Act.

Most doctors, however, are now in favour of assisted suicide, according to a report of 776 published by the BMJ in February.

Dr Fiona Godlee, the BMJ’s editor-in-chief said: ‘The BMJ supports the legalisation of assisted dying. The great majority of the British public are in favour and there is now good evidence that it works well in other parts of the world, as a continuation of care for patients who request it and are in sound mind.

‘We believe that this should be a decision for society and Parliament, and that medical organisations should adopt at least a neutral position to allow an open and informed public debate.’

Others still maintain that the practice would put vulnerable patients at risk and undermine trust.

Assisted suicide is legal in Canada, the Netherlands and certain states in the USA including Oregon, California, Washington and Vermont. 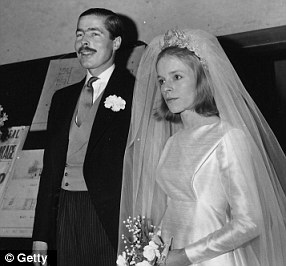 Pictured, John Richard Bingham, Earl of Lucan, and Veronica Duncan after their marriage

John Bingham, the 7th Earl of Lucan, vanished after the body of nanny Sandra Rivett was found at the family’s London home on November 7, 1974.

Lady Lucan was bludgeoned when she ran downstairs to investigate, but managed to escape and raise the alarm.

Lucan was never seen in public again, and his body was never found, leading to decades of fevered speculation about his whereabouts.

In 1975, an inquest jury declared him to have been Ms Rivett’s killer.

Detectives believe the aristocrat – an abusive husband and heavy gambler nicknamed ‘Lucky Lucan’ – intended to murder his wife and killed the nanny by mistake.

His marriage to Lady Lucan had been described as ‘grimly unhappy.’ The mystery of Lord Lucan’s disappearance still intrigues Britain. 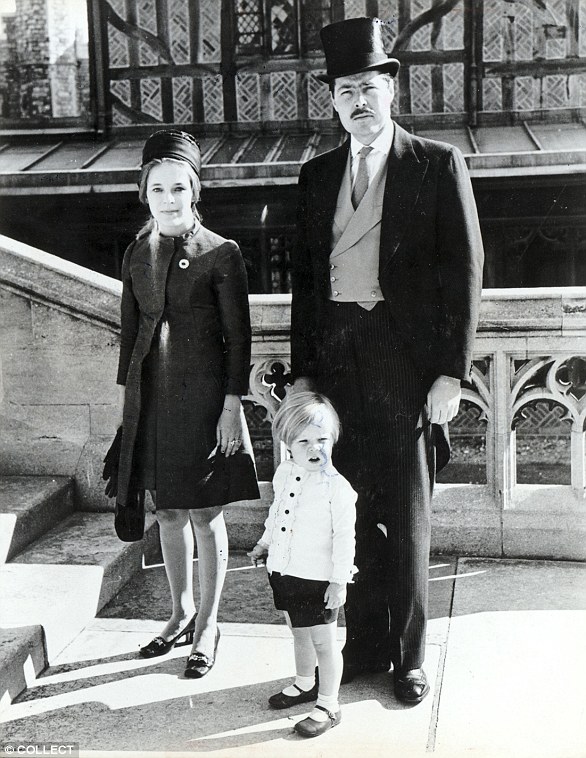 Pictured, John Richard Bingham, Earl of Lucan, and Lady Lucan and their son. The couple had three children

The High Court declared him dead for probate purposes in 1999, but there have been scores of reported sightings around the world, in countries including Australia, Ireland, South Africa and New Zealand.

In an ITV documentary last year, Lady Lucan said she believed Lord Lucan had jumped off a ferry shortly after the killing.

‘I would say he got on the ferry and jumped off in the middle of the Channel in the way of the propellers so that his remains wouldn’t be found,’ she said, calling what she believed to be his final act ‘brave.’

The couple had three children.

In 2016 a court issued a ‘presumption of death’ certificate for Lord Lucan, a ruling that cleared the way for the couple’s son, George Bingham, to become the 8th Earl of Lucan.