Lais Ribeiro and Jasmine Tookes show off curves in Miami

They surely know how to get temperatures to climb.

The duo enjoyed time off from their modeling duties to kick-back beachside enjoying the warm weather unique to the South Florida area during the winter months.

So hot: Jasmine Tookes cools off with a refreshing beverage in Miami Beach on Tuesday 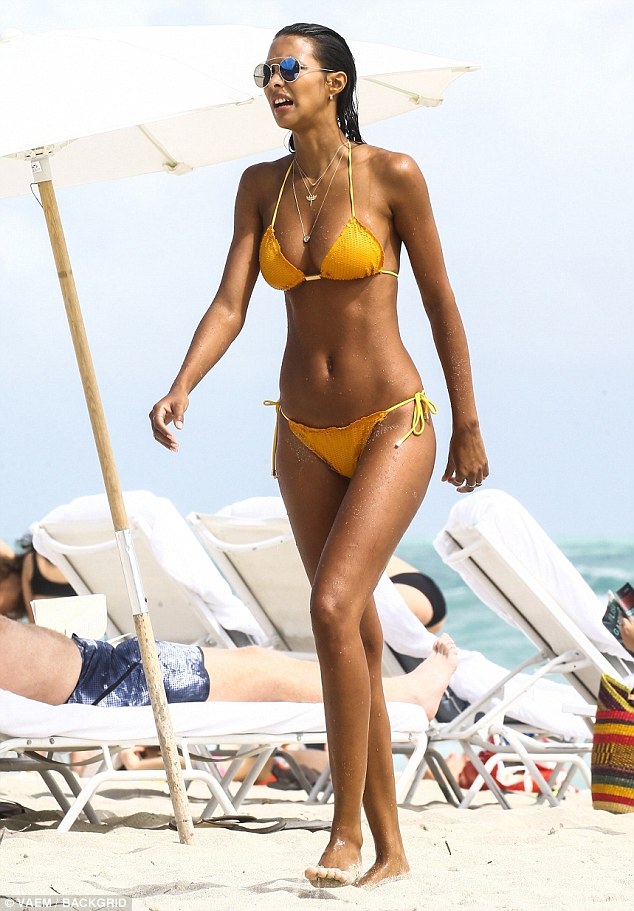 Itsy bitsy: Lais Ribeiro showed off her fit body in the Sunshine State

Tookes put her sculpted midsection on display in a blue and white patterned, string bikini.

Mom-of-one Ribeiro also wore a string bikini but in a bright yellow shade that worked perfectly with her tan skintone.

Ribeiro’s son Alexendre, 9, was nearby on the sand playing with plastic toys underneath a lounger. 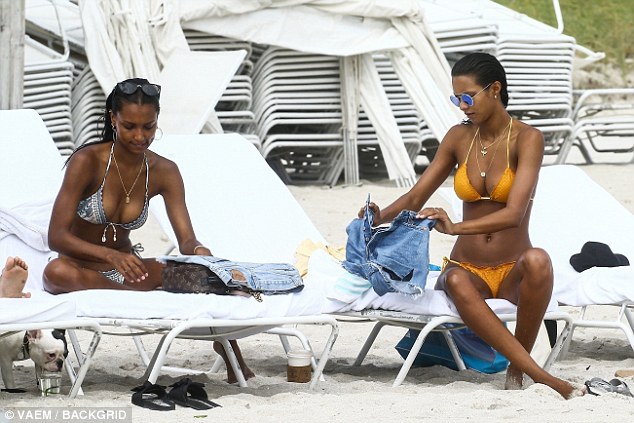 Girls time: The Angels worked on their tans after lathering on sun protection 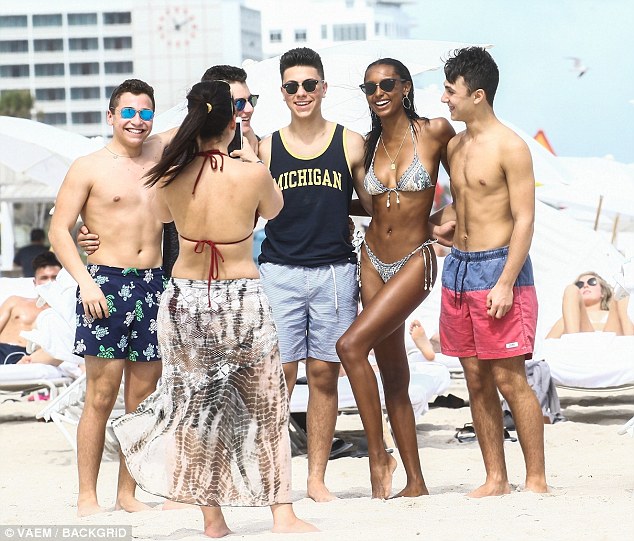 Fan photo: A group of guys happily posed with Jasmine, who looked ready for a magazine cover

Even though they technically had a day off, the ladies know that an Angel’s work is never done.

Jasmine posed alongside four male fans who couldn’t hide their wide grins as their friend snapped a photo.

Tookes posed perfectly besides the guys as if she were posing for the cover of Sport’s Illustrated. 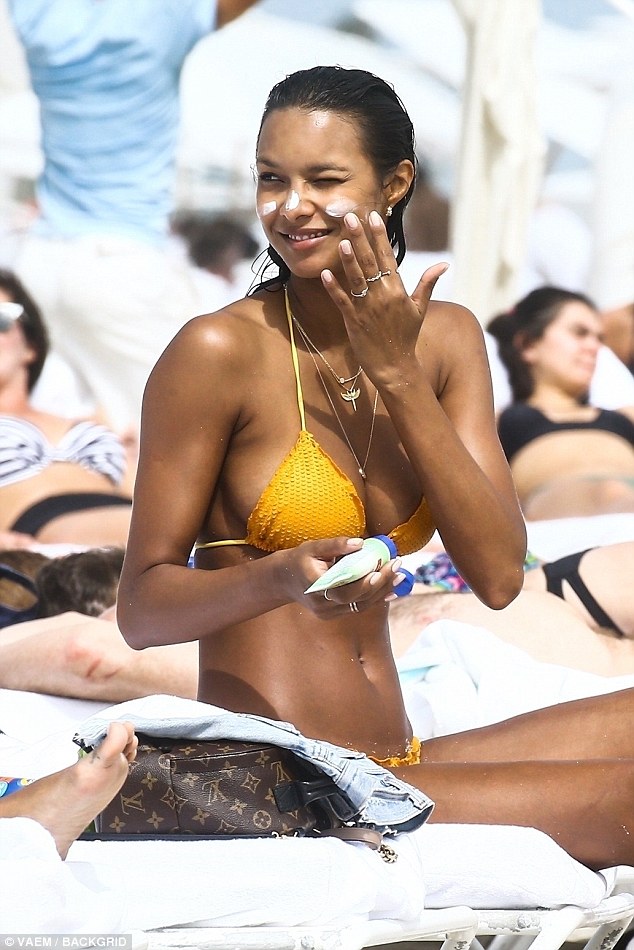 Bronze beauty: Although they’re out in the sun, the ladies protect their skin from harmful rays

Curves for days: The ladies wore sunglasses and string bikinis for they day out on the beach

Lais has had a long and prosperous career in modeling, after entering the industry a year after her son was born.

During the fashion week of Brazil for the spring/summer 2011 collections, Ribeiro was the most booked runway model with 27 shows during São Paulo Fashion Week. 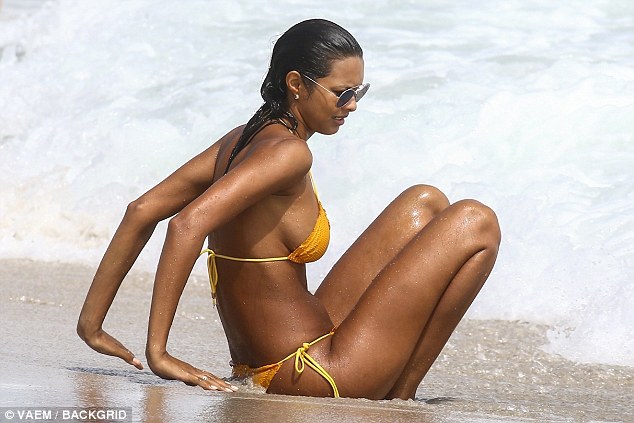 Seaside calm: Instead of swimming, Lais let the wash crash on her as she relaxed 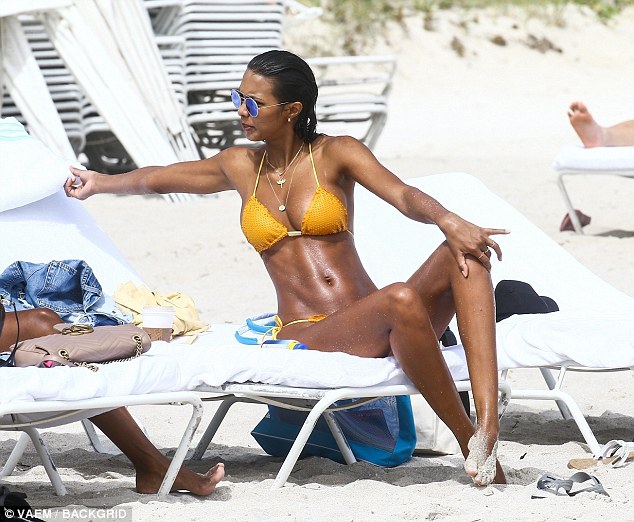 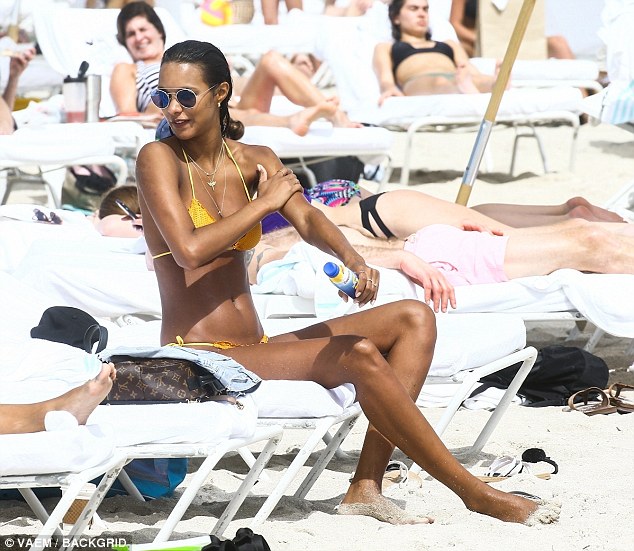 Taken: Lais has been dating basketball player Jared Homan since 2015

Lais joined Victoria’s Secret in 2010, and remained with the brand for five years.

She later earned her wings and became a Victoria’s Secret Angel in 2015.

Although this was obviously a vacation just for the ladies, she’s been dating American basketball player Jared Homan since 2015. 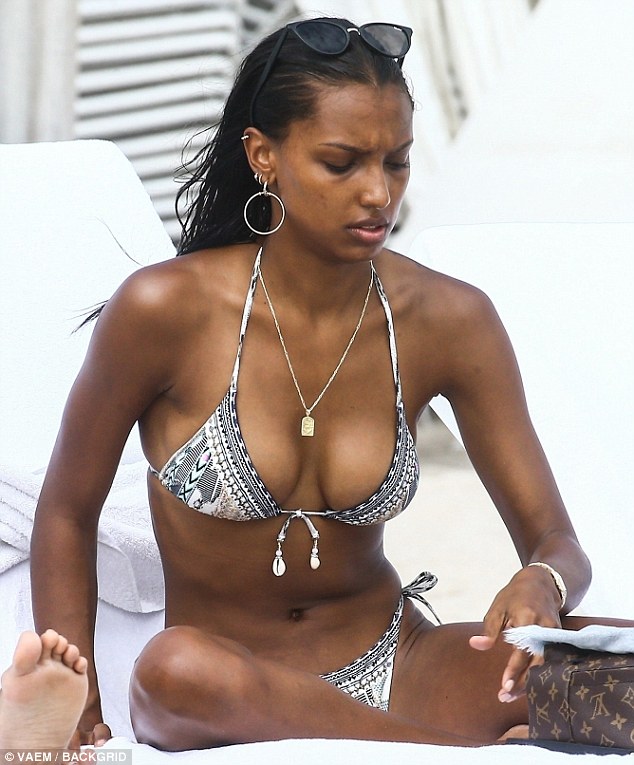 Perfect body: The 5’9″ stunner accessorized with multiple pairs of earrings and a long necklace