Lamar Odom returned to the hardwood Saturday playing profesionally in a Big3 basketball game in Detroit three years after a near-fatal overdose.

The 39-year-old former Los Angeles Lakers star was co-captain of the new Enemies team that played in the three-on-three league game at Little Caesars Arena, according to an article by Us Weekly.

Lamar and his squad lost to fellow expansion team Bivouac 50-43 and he had two points and four rebounds in his Big3 debut.

League debut: Lamar Odom made his debut with the Big 3 basketball league on Saturday in Detroit, Michigan

The game was televised on CBS Sports Network and Lamar was interviewed afterward on the court by Michael Rappaport.

He was asked about the pace of the game after not playing competitively for years.

‘It’s alright. I like the pace of the game. Once I get my rhythm back, it should be no problem,’ Lamar said.

Lamar nearly died in October 2015 from a drug overdose at a legal brothel in Nevada. 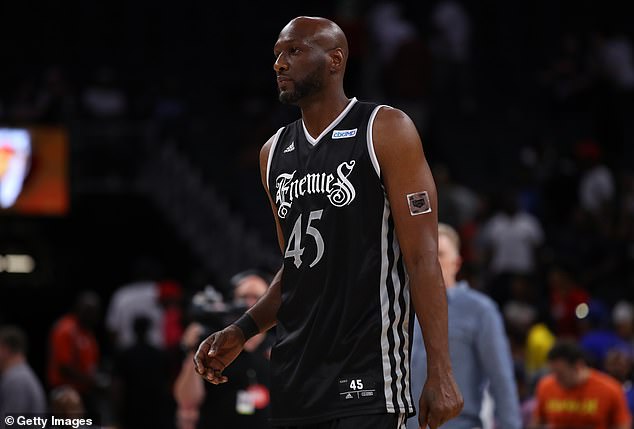 Game pace: The 39-year-old former Los Angeles Lakers star was asked about the pace of the game 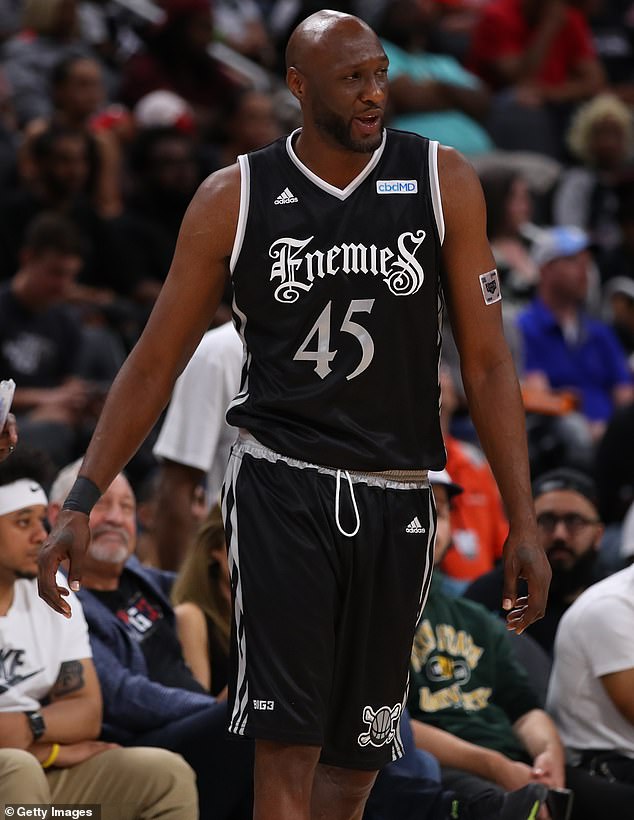 Nearly fatal: Lamar was playing after a near-fatal overdose in October 2015 at a legal brothel in Nevada

He suffered a series of strokes and heart attacks while in a coma for three days.

Khloe kept a 24-hour vigil at Nevada’s Sunrise Hospital despite breaking up with Lamar in 2013.

Lamar announced that he was returning to professional basketball in November 2018 on social media with a post about joining the Big3 league founded by Ice Cube, 50. 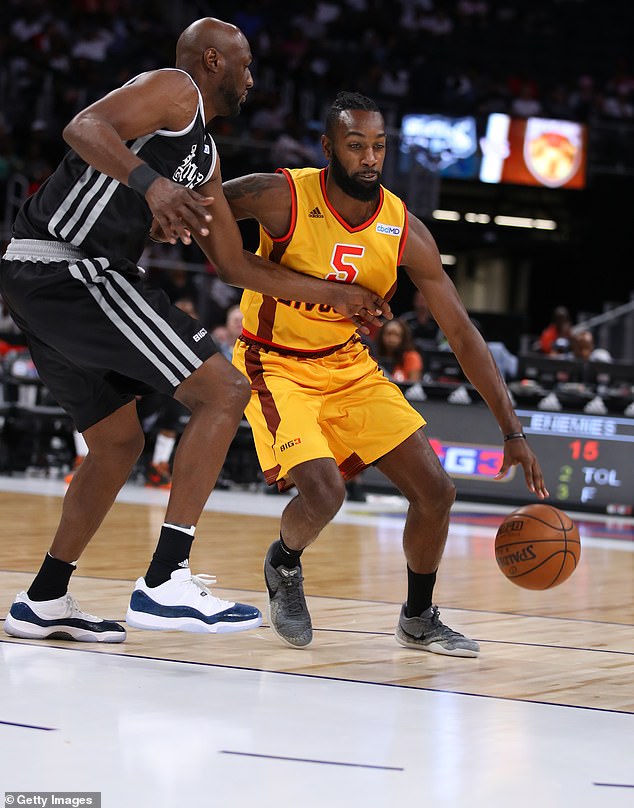 ‘Yes to playing for the @thebig3 next season right before playing the CBA 2019 season in China. Working hard right now to get my physical right ! you all know, my body has been through allot these years but I have been cleared healthy by my doctors to play again. There is no better way for me to retire from Basketball then to play one more time. My fans deserve it and I can’t wait to play again,’ he wrote in the caption of a photo himself in a Lakers uniform.

Lamar and Khloe’s divorce was finalized in 2016 and he wrote about their relationship in his new memoir Darkness To Light.

The Queens, New York native also candidly wrote about his longtime battle with drug addiction in the book. 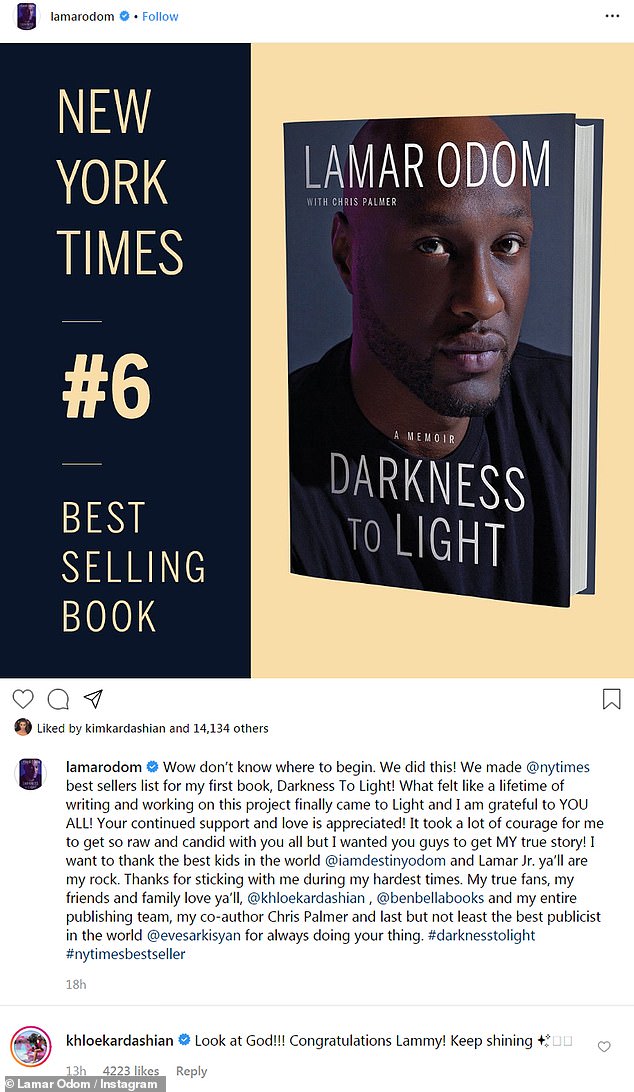 Lamar revealed earlier this month on Instagram that his memoir was on The New York Times best-seller list.

‘What felt like a lifetime of writing and working on this project finally came to Light and I am grateful to YOU ALL! Your continued support and love is appreciated!” he wrote, thanking his friends and family, including his ex-wife. “It took a lot of courage for me to get so raw and candid with you all but I wanted you guys to get MY true story!,’ he wrote along with an image marking the achievement.

Lamar played forward for 14 seasons in the NBA and won NBA championships in 2009 and 2010 with the Lakers. 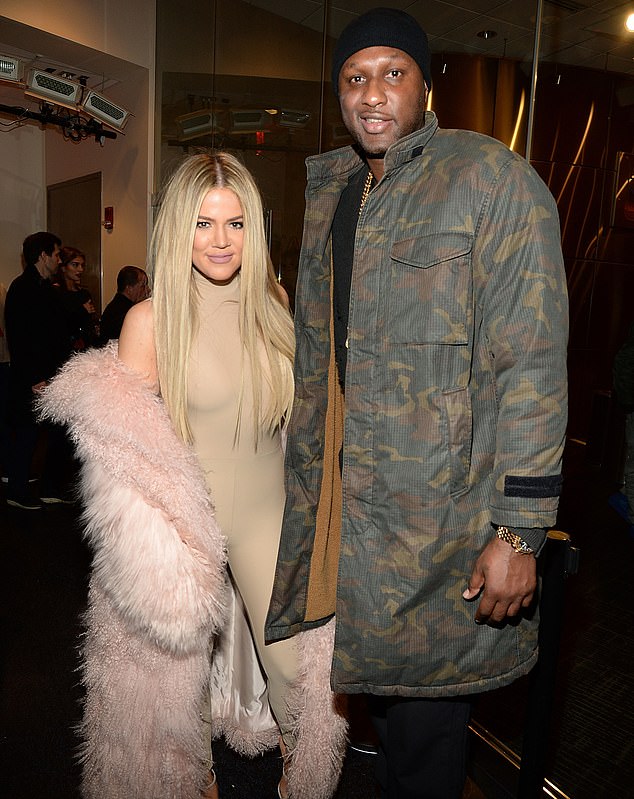 Bedside vigil: Khloe Kardashian, shown with Lamar in February 2016, remained at his side after he was hospitalized following his overdose in October 2015 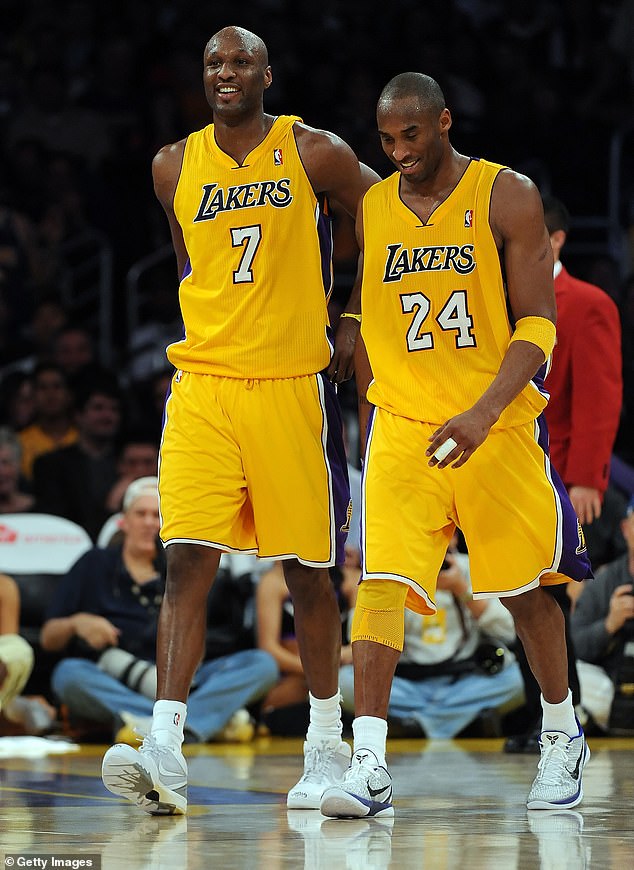 Two titles: Lamar, shown with Lakers legend Kobe Bryant in January 2011 in Los Angeles, won championships in 2009 and 2010 with the Lakers