Lampard: Derby can use Liverpool and Tottenham as inspiration in play-offs

‘It’s a beautiful thing when you see character win games’: Frank Lampard urges Derby to use Liverpool and Tottenham’s Champions League comebacks as inspiration ahead of Championship play-offs

Frank Lampard has urged his Derby players to take inspiration from Liverpool and Tottenham’s remarkable Champions League comebacks ahead of their own pursuit of glory in the Championship play-offs.

Derby take on Leeds in the first leg of the semi-finals on Saturday, at the end of a week of remarkable European action.

Both Liverpool and Tottenham overturned 3-0 aggregate deficits to book their places in next month’s Champions League final and now Lampard hopes his side can show the same spirit in their push for the Premier League. 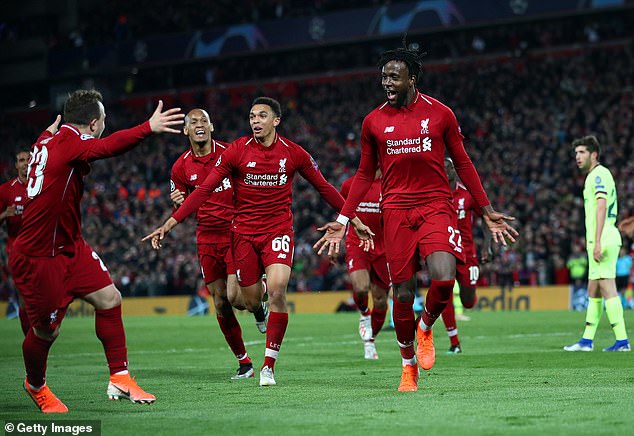 ‘Everybody in football should take inspiration from what Liverpool and Tottenham have done in the last two days,’

‘I think we all would have watched those games and I think it’s a beautiful thing when you see not just talent, but character, win games.

‘I’ve always loved that, that’s why I was so proud of the players at West Brom last week because of the moment of character when it went to 1-1 to go on and win the game.

‘Seeing top players and top teams perform with that should certainly make players understand that this tie won’t be over until the 180th minute or more if there’s extra time and we have to fight all the way.’

Derby head into their semi-final with Leeds as underdogs, having finished three places behind their rivals, who have also beaten them twice already this season. 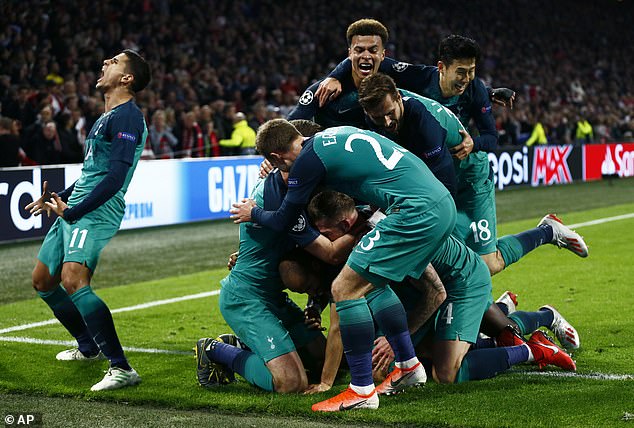 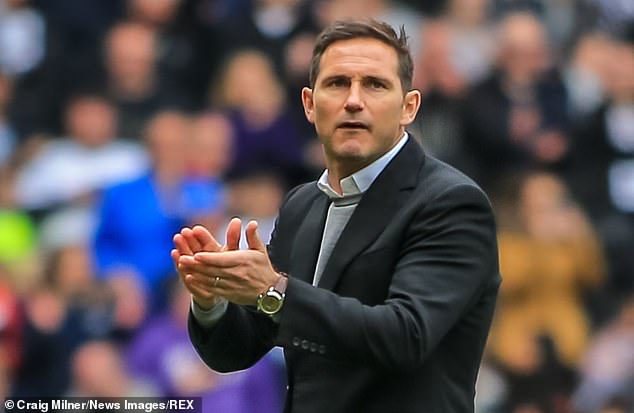 ‘It’s a beautiful thing when you see not just talent, but character, win games,’ Lampard said

But Lampard’s side are the form team of the two. They have lost just once in 12 matches, while Marcelo Bielsa’s Leeds have lost three in four games.

‘We’ve got to get through two games against Leeds who were the best team in the league for a period of time,’ Lampard insisted.

‘I think emotionally you do have to make sure that you make the players aware of the extra intensity of build-up, fans and atmosphere in both stadiums.

‘You want to be successful, you want to have a bit of the feeling that Mauricio Pochettino had, that’s what it is and that’s why I love seeing the celebrations.

‘I can certainly understand how they (Spurs and Liverpool) felt on the pitch at the end of the game and we’ve still got a mountain to climb to get that there.’