Landlord is blasted for offering a ‘corridor’ as a flat

An author who has gained a reputation for blasting the property market in the capital, has accused a landlord in Brixton of attempting to repurpose a corridor as a flat.

Vice writer Joel Golby spotted the flat for rent on property website Zoopla, and said that while he’d initially thought it wasn’t the worst living quarters he’s ever seen, he quickly realised the problem, saying: ‘It isn’t a flat, is it? It’s a corridor someone put two doors in.’

The refurbished studio, on offer for £845pcm including bills, is advertised as being suitable for a single or professional couple, but no floorplan has been provided to show exactly how big it is.

Amenities have been strategically placed throughout to make the apartment look appealing despite it’s compact size, with a radiator placed halfway up the wall due to lack of floor space.

A landlord in London has been accused of attempting to repurpose a corridor as a flat, after listing a studio for £845 a month on Zoopla 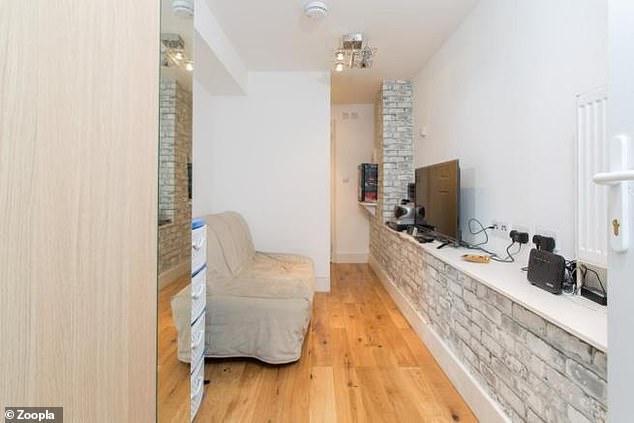 Photographs reveal the door opens directly on to a narrow living space with a wardrobe, couch, bed and TV squeezed in  – which will also be used as the sleeping area

Located close to Brixton’s overground and underground stations, the flat was first listed for £901 per month in August – however the landlord lowered the price a month later.

According to Zoopla the advert has had 3,591 views since it was first posted, as thousands of city dwellers search for their ideal home.

Photographs of the property show that the tenant would open the front door on to a narrow space for watching television, complete with a radiator mounted high on the wall.

A wardrobe is placed alongside a chest of drawers in the living area, which also doubles as the ‘bedroom’. 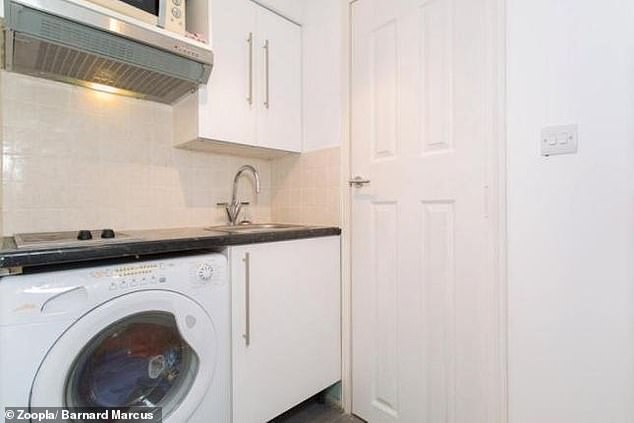 The flat does have washing machine, but apparently no oven. Renters will have to make do with a microwave perched above the cooker hood

Meanwhile, a small glimpse of the kitchen gives the impression that the flat doesn’t have an oven, although there is a microwave placed over the cooker hood.

The landlord has advertised the property as available with or without furniture, however images fail to accurately show the amount of space available for a bed or other household items.

Despite being recently refurbished, a gap between the wall and the sink is visible in the image.

According to Zoopla the average price to rent a one bedroom flat in Brixton is around £1,444 pcm. 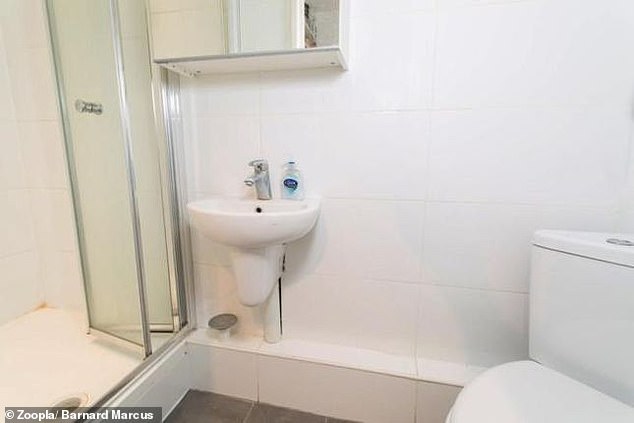