The Los Angeles Police Department has apologized for prematurely reporting the death of singer Tom Petty.

Petty was found in full cardiac arrest in his Santa Monica, California home on Sunday and rushed to the hospital before being taken off life support, but remained alive with no brain function on Monday, according to his family.

‘The LAPD has no information about the passing of singer Tom Petty. Initial information was inadvertantly [sic] provided to some media sources,’ the department tweeted late Monday.

‘However, the LAPD has no investigative role in this matter. We apologize for any inconvenience in this reporting,’ the statement continued.

Singer Tom Petty has been taken off of life support and is said to have no brain function, but reports of his death on Monday were premature 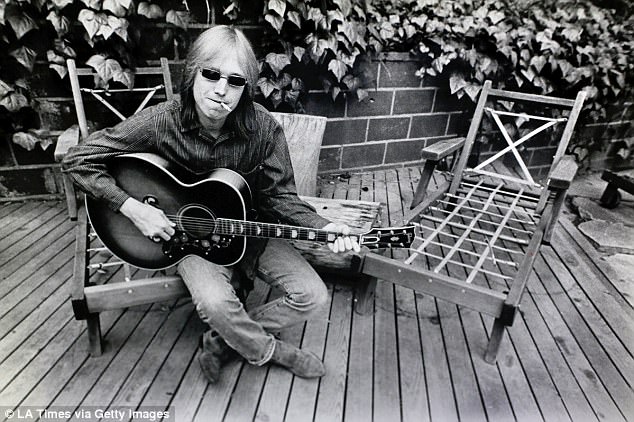 Petty is seen in a portrait in 1985. He is said to be clinging to life after a major cardiac arrest

Multiple news outlets falsely reported that Petty had died based on the information provided by the LAPD.

The apology came after tests confirmed the Tom Petty And The Heartbreakers lead singer had no brain function on Monday morning, hours after he suffered a devastating cardiac arrest.

The veteran star had been found unconscious and not breathing at his Malibu home on Sunday night, as first reported by TMZ.

Responding to a 911 call, emergency services resuscitated Petty before rushing him to hospital in nearby Santa Monica.

TMZ reported that the singer had a current Do Not Resuscitate order and both his family and a chaplain were at his bedside when life support was removed.

After false reports of Petty’s death began to circulate, the singer’s daughter Annakim Violette Petty took to Instagram to blast the media in profanity-laden posts.

‘My dad is not dead yet but your f**king magazine is,’ she said in a rant directed at Rolling Stone. ‘How dare you report that my father has died just to get press because your articles and photos are so dated.’

Representatives for the singer have yet to respond to requests for comment. 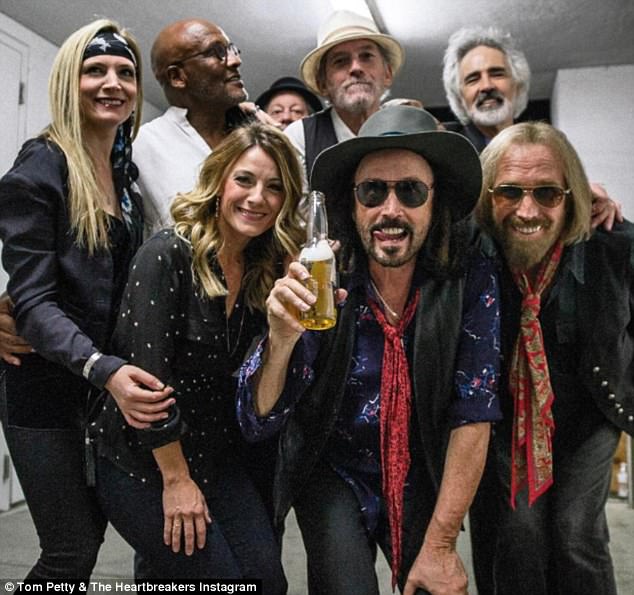 The final picture: Tom Petty, front right, is seen backstage before his final performance at the Hollywood Bowl last week; he has died aged 66 following a devastating cardiac arrest 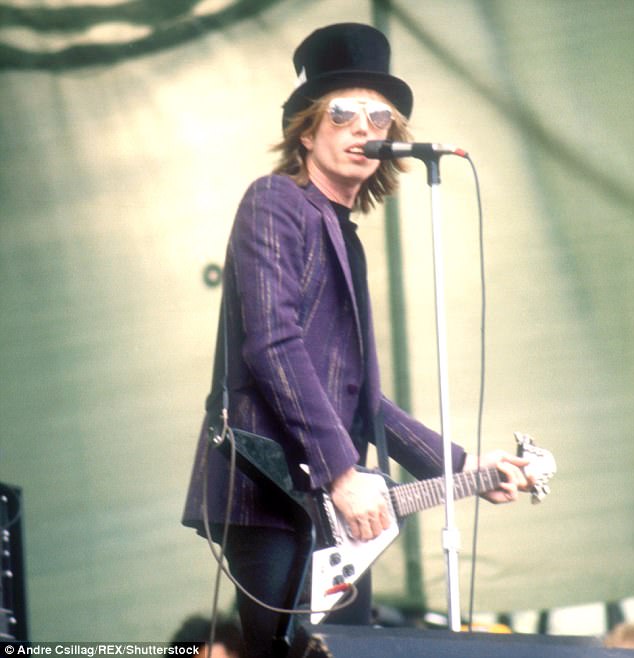 As he was: Petty is seen performing in Britain back in 1978

On Monday afternoon, TMZ posted an audio recording of the 911 emergency call Petty’s wife Dana made after finding her husband unresponsive.

She tells the dispatcher that Petty wasn’t breathing and was lying on the floor.

The dispatcher tries to talk her through performing CPR before Dana says that Petty was breathing ‘very shallow breaths’ at which point she was instructed to stop CPR, place him on his left side and wait for paramedics to arrive.

There was also a man, not identified, who was with her at the time and who also briefly spoke with emergency services. 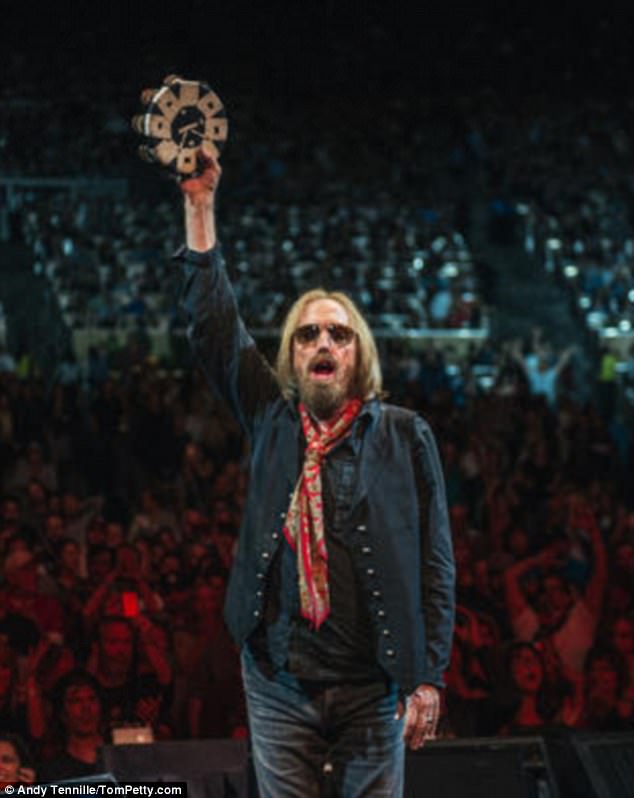 Touring: The artist had just completed a 40th anniversary tour with The Heartbreakers, he is seen at a show in California on September 25

Rock ‘n’ Roll Hall Of Famer Petty first found fame in the 1970s with his band releasing hits including Breakdown, American Girl, The Waiting, Free Fallin’, Stop Draggin’ My Heart Around and Listen to Her Heart.

He had success both as part of The Heartbreakers – with whom he worked on and off for 40 years – and as a solo artist. 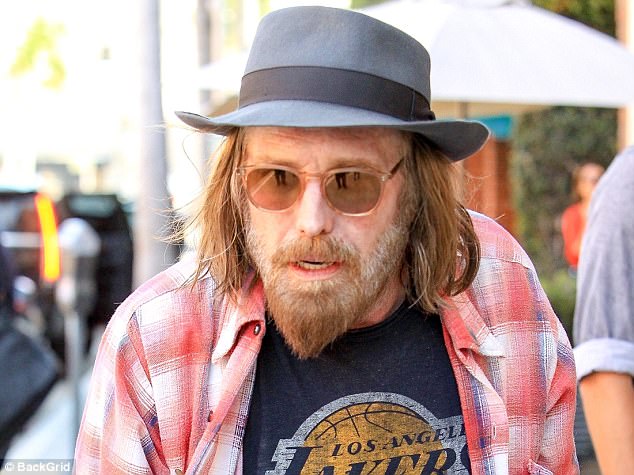 Petty’s most recent album, 2014’s Hypnotic Eye, was the first Tom Petty And The Heartbreakers to top the charts in the U.S.; he is pictured in Los Angeles on September 11

His most recent album, 2014’s Hypnotic Eye, was the first Tom Petty And The Heartbreakers to top the charts in the U.S.

The artist had just completed a 40th anniversary 53-date tour with The Heartbreakers, winning rave reviews with his final performance at the Hollywood Bowl in Los Angeles last week.

His influence was widespread, and could be seen as stars From LeAnn Rimes to Sheryl Crow and Bryan Adams rushed to pay tribute on social media.

‘Thank you for giving so much, a lifetime of inspiration and love,’ wrote Ryan Adams.

However Petty had recently talked of cutting back his work schedule to spend more time with his young granddaughter.

Talking to Rolling Stone in December, he said: ‘I have a granddaughter now I’d like to see as much as I can. I don’t want to spend my life on the road. This tour will take me away for four months. With a little kid, that’s a lot of time.’

Petty is the father of daughters Adria and Annakim from his 22-year first marriage to his teenage sweetheart Jane Benyo.

Adria is a respected video producer, working with stars including Beyonce. 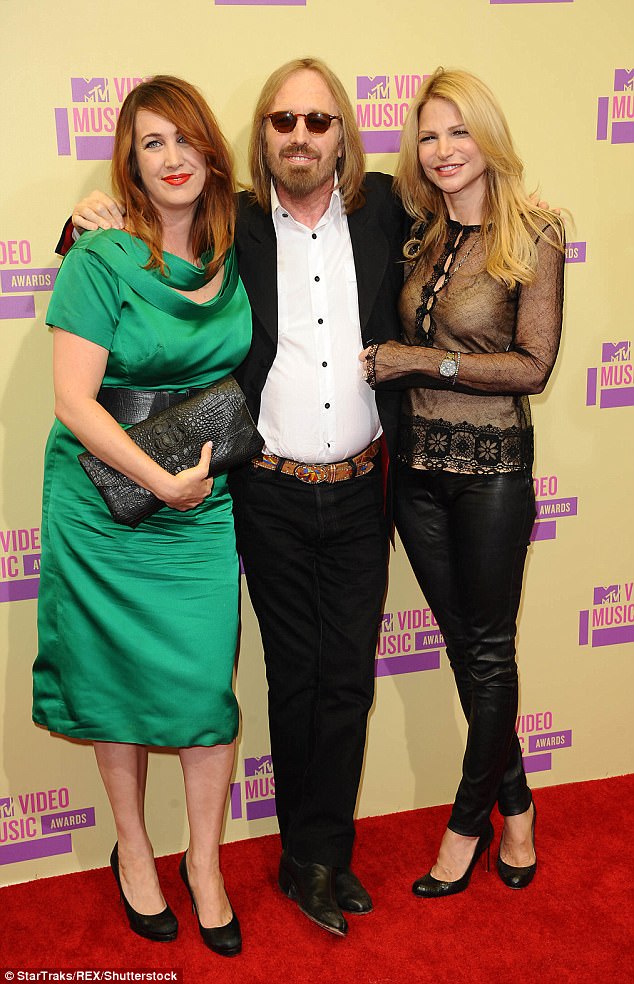 Family: Petty is seen with daughter Adria Petty and his second wife Dana York in 2012