And this week Lara Worthington (née Bingle) was spotted carrying adorable Racer on hip as she ran errands.

Dressed down in black trackpants and a plain black top, the former model was snapped heading from her car into a Whole Foods market in Santa Monica,California on Tuesday.

The Australian native sported an outfit ideal for a busy mum, pairing her casual ensemble with practical white trainers.

With her son by her side, Lara shielded her eyes from California’s rays with a pair of sunglasses and stayed expressionless as she strolled.

Racer looked content during the outing, alternating between using his hands to point in the air and cling to his mother’s body. 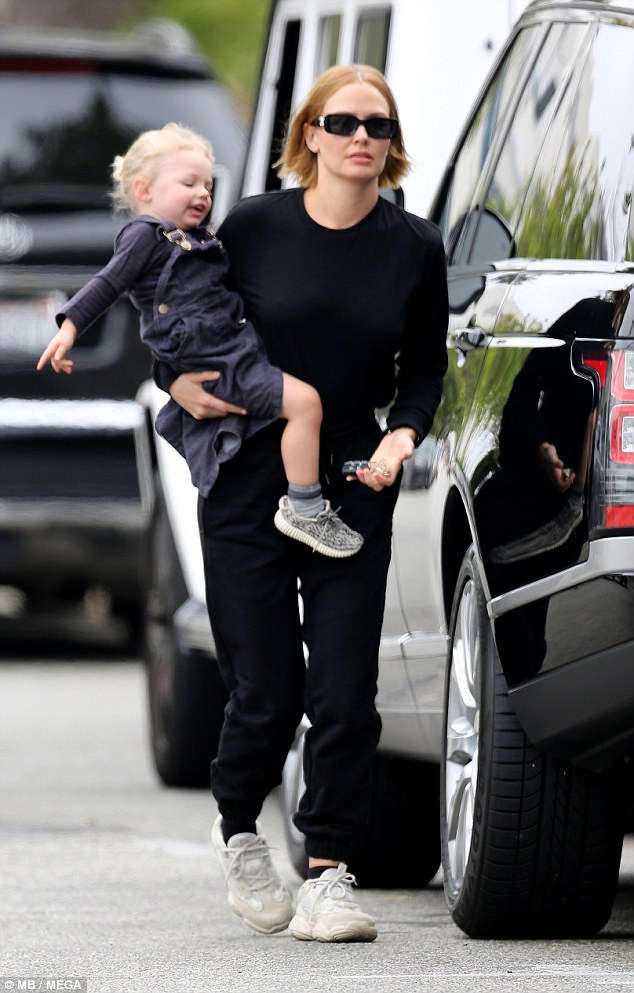 Keeping casual: Lara dressed down in  black trackpants and a plain black top, an outfit she paired with trainers and sunglasses

The sighting comes just several months after the notoriously private Lara spoke candidly about her husband Sam and praised his parenting skills.

In an interview with Sunday Life magazine in July, Lara admitted Sam’s parenting style has her impressed.

‘Parenting is challenging. You need a lot of patience and I’d say Sam is definitely more patient than me,’ Lara gushed.

‘He’s just a really good dad and absolutely obsessed with the boys, so nothing comes between them – not work or anything else. And that, for me, is the most attractive thing about him.’ 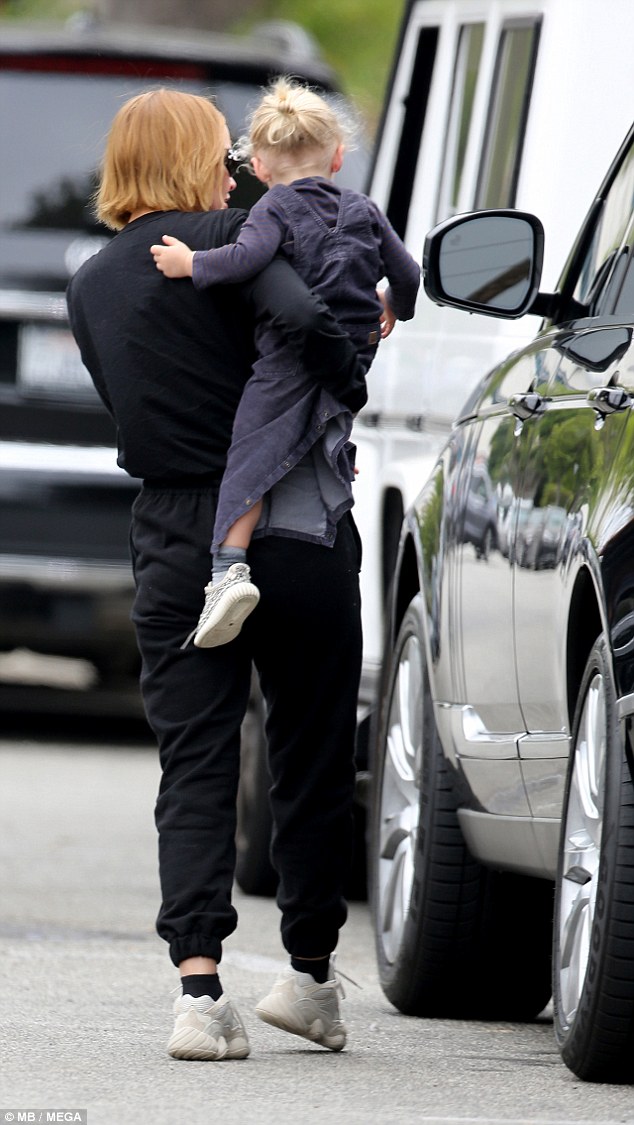 Too cute! Racer clinged to his mother during the outing 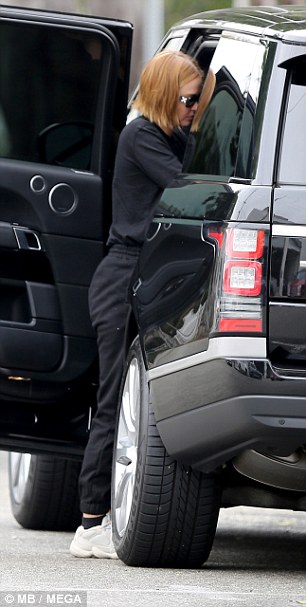 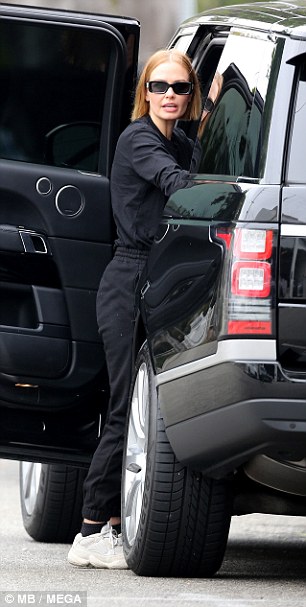 Lara, who married Sam in 2014, also opened up about the romantic surprise Sam planned for her 30th birthday last year.

The Avatar actor organised for the kids to be looked after while he took Lara away on a mysterious romantic getaway.

With Lara in the dark as to where they were headed, the couple travelled to Iceland’s Blue Lagoon, then ticked off music gigs in Dublin, Brussels, London and Toronto.

‘Each night I’d go to bed in one country then wake up and open a new present which would be a T-shirt of the band I was going to see that night,’ Lara explained to Sunday Life. 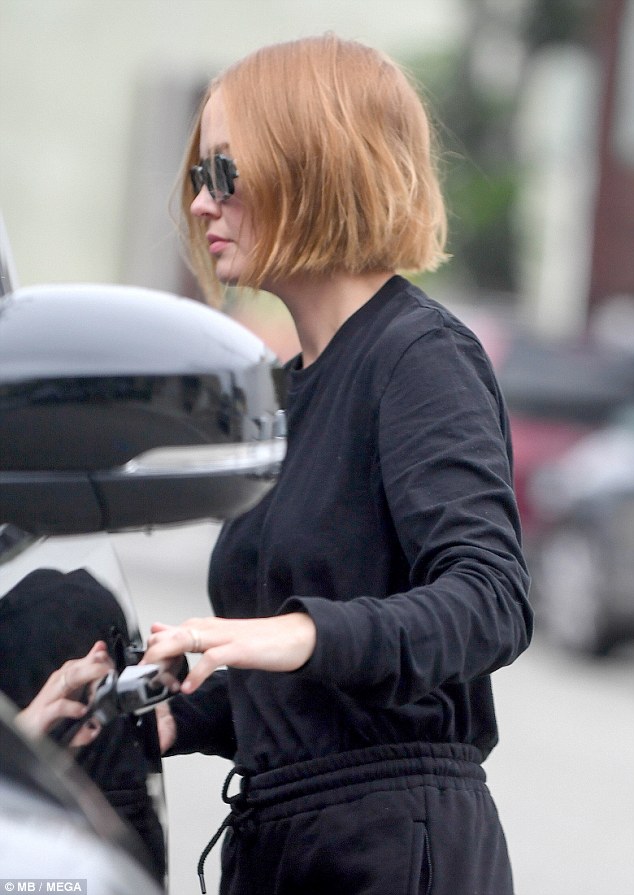 ‘You need a lot of patience and I’d say Sam is definitely more patient than me,’ In an interview with Sunday Life in July, Lara admitted parenting was ‘challenging’  and praised her husband 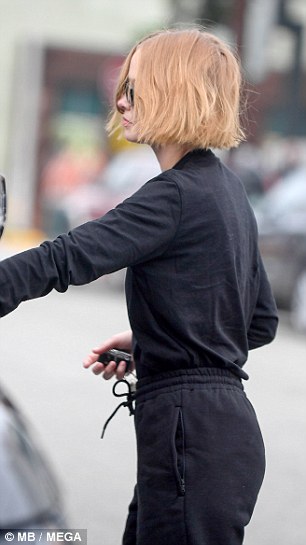 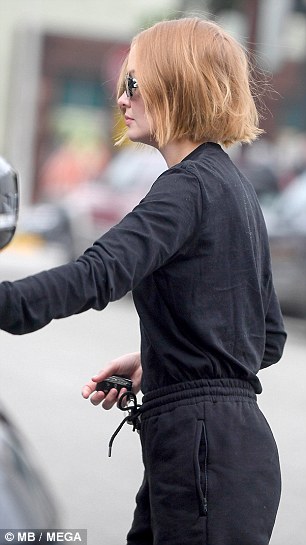 ‘He’s just a really good dad’ In the interview, Lara said the Avatar star’s parenting style has her impressed 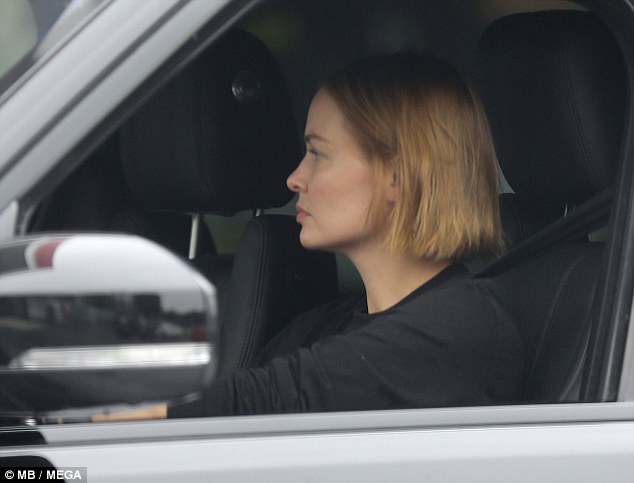 Grabbing some food: Lara was spotted in her car before she went shopping at Whole Foods