A large group of travellers set up camp on the Long Walk in Windsor – just yards from Harry and Meghan’s Frogmore Cottage home.

They moved on within the hour before security guards or police arrived to enforce the rules against unauthorised encampments.

The group had earlier been moved on from nearby Imperial Park before being moved on by police, reported The Sun.

One local said: ‘If there’s one place you don’t want to park your caravan it’s the Queen’s back garden.’ 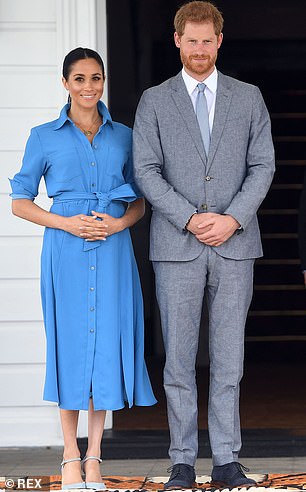 The Duke and Duchess of Sussex live at nearby Frogmore Cottage

Thames Valley Police said: ‘We received reports of an unauthorised encampment in Kings Road, Windsor, at around 2.50pm.

‘They have since been moved on from the site.’

In March, a band of French travellers set up camp in Alexandra Gardens car park, around half a mile from Windsor Castle.

The 50-strong members of an extended French family said they were on holiday in Britain and wanted to visit the royal attractions.

‘We are here on holiday,’ Sam Dameter, the leader, told MailOnline. ‘We have come to Windsor to see the famous castle. It’s beautiful, no?

‘We are all from the same family and are from across France – Lille, Strasbourg – all over. We are travellers, we travel a lot.

‘We are not here for work, it’s just a holiday. There is nothing more to it than that.’

Locals complained the group were taking up parking spaces and left litter. 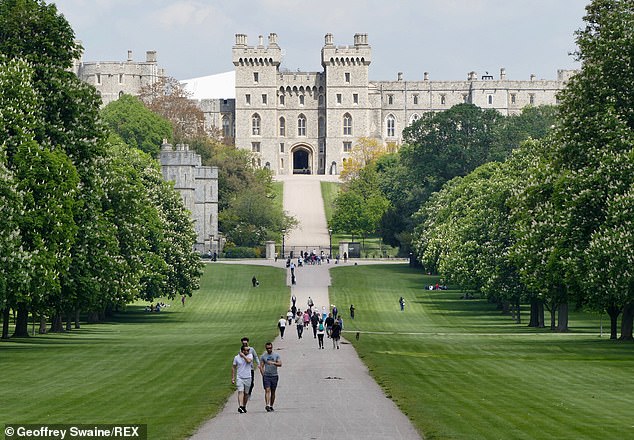