Looking tired and fragile but with his legendary wit as sharp as ever, this is the last video of comedian Freddie Star.

But despite his obvious ill health, Starr manages to crack a joke about his neighbours Steve and Sue Taylor being ‘cup thieves’. 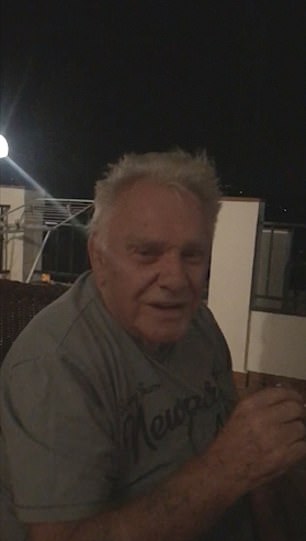 The Liverpool-born comic was found dead at his Costa Del Sol apartment on Thursday by his live-in carer and close friend Nelly Georgieva.

He had a heart attack as he sat watching the news.

During the 40-second clip, Starr addresses Mr Taylor’s sister Barbara, a fan of his and says ‘It’s Freddie Starr speaking, just wishing you all the best of health and good fortune. 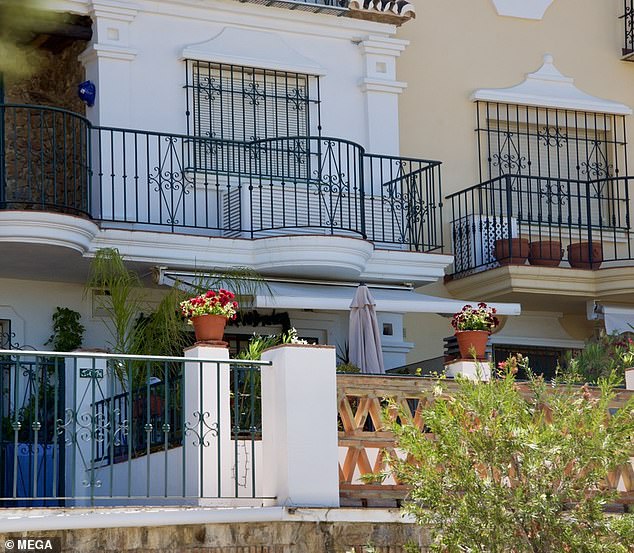 He then starts chuckling with laughter while smoking one of his 60-cigarettes a day before calling out for Nelly.

Mr Taylor told MailOnline: ‘You really couldn’t have wished for a better neighbour, he was a gentleman.

‘We became quite close to him and he was a really warm, lovely bloke.

‘Although in recent months his health had deteriorated and you can see that in the video clip, he still had that sparkle in his eye.

‘It was a little message to my sister who was a huge fan of his so it was a lovely gesture for him to do. 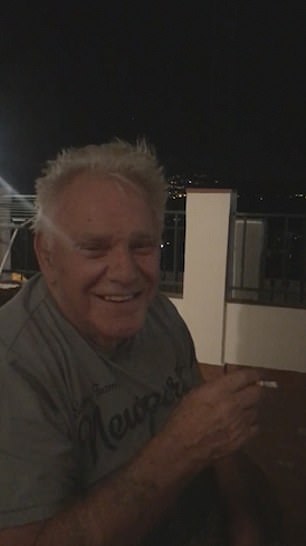 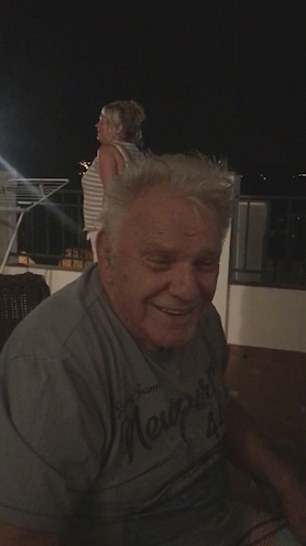 ‘He made a joke about myself and Sue being cup thieves because he used to joke how him and Nelly stole cups from restaurants and was accusing us of doing the same.

‘He never lost that wit, he remained funny to the end.

‘I’d see him most days and we’d chat. The last time I saw him was on Thursday the day he died as we were preparing to travel back to Britain for a couple of weeks.

‘I just shouted over the fence “see you Freddie” and they were my last words to him.

‘He would regale us with the tales of his exploits on stage and all the famous people he met, like when he went to Memphis to meet Elvis Presley.

‘You could listen to him for hours. 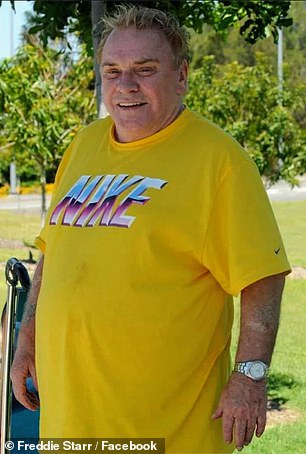 Starr’s failing health since Christmas when he was hospitalised meant that he would usually stay in his apartment and not venture out (pictured: Freddie Starr)

‘We had a running joke. He’d call me Dave all the time in homage to Trigger from Only Fools and Horses.

‘It was silly things like that, really, that were endearing. I’ll really miss him and My heart goes out to Nelly because she really looked after him.’

Starr’s failing health since Christmas when he was hospitalised meant that he would usually stay in his apartment and not venture out.

However up until a year ago he would accompany Nelly, 47, to the Express California and Oasis bars every day for coffee.

Locals said that he would pop in as many as three time a day and share a laugh and joke with fellow patrons.

Speaking yesterday, Nelly recalled their last hours together on Thursday.

She said: ‘It was a normal day, I made both of us a cup of tea and then I made him an omelette and a fresh tomato sandwich .

‘He was sitting down on the sofa watching Fox News on TV, the cat was on his lap.

‘He smoked quite heavily, I told him “you have to quit otherwise it’ll kill you” but he never paid any attention.

‘I left about quarter to two to go to the supermarket and the chemists.

‘When I came back, he was slumped on the floor by the sofa.

‘I went over to check on him and knew straight away that he’d gone. I think it was a heart attack.

‘The police and ambulance arrived moments later and took his body away.

‘I’m devastated because to me he was such a kind man who made me laugh every day.’