The ‘last search’ for missing Malaysian airlines flight MH370 has come to an end in the remote Indian Ocean – leaving the families of victims with nothing but hope.

Malaysia said the search by Texas-based firm Ocean Infinity, which has used a deep-sea vessel to scour the seabed, would end today after two extensions of the original 90-day time limit.

Australia said a four-year search for the missing aircraft had been the largest in aviation history and tested the limits of technology and the capacity of experts and people at sea.

But Transport Minister Michael McCormack added there would always be hope of finding the Boeing 777, which vanished on March 8, 2014 with 239 on board while flying from Kuala Lumpur, Malaysia, to Beijing.

The ‘last search’ for MH370 has come to an end in the remote Indian Ocean – leaving the families of victims with nothing but hope. The plane is pictured over Poland a month before it vanished 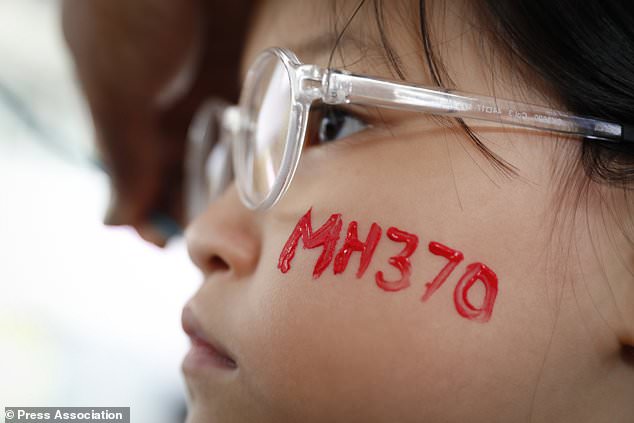 Malaysia said the search by Texas-based firm Ocean Infinity, which has used a deep-sea vessel to scour the seabed, would end today after two extensions of the original 90-day time limit. Pictured: A girl has her face painted during a Day of Remembrance for MH370 in Kuala Lumpur

‘Our thoughts are with the families and loved ones of the 239 people on board MH370,’ Mr McCormack’s office said in a statement. ‘We will always remain hopeful that one day the aircraft will be located.’

Malaysia signed a ‘no cure, no fee’ deal with Ocean Infinity in January to resume the hunt for the plane, a year after the official search in the southern Indian Ocean by Australia, Malaysia and China was called off. No other search is scheduled.

Ocean Infinity chef executive Oliver Plunkett said the search would soon end after covering more than 112,000 square kilometers (43,000 square miles) of remote ocean floor – an area more than four times larger than the zone targeted by experts as the most likely crash site.

‘I would firstly like to extend the thoughts of everyone at Ocean Infinity to the families of those who have lost loved ones on MH370. Part of our motivation for renewing the search was to try to provide some answers to those affected,’ Plunkett said in a statement.

‘It is therefore with a heavy heart that we end our current search without having achieved that aim,’ he added.

Plunkett said he was pleased to hear the new Malaysian government had made finding the Boeing 777 that vanished with 239 people aboard a priority.

‘Whilst clearly the outcome so far is extremely disappointing, as a company, we are truly proud of what we have achieved both in terms of the quality of data we’ve produced and the speed with which we covered such a vast area,’ Plunkett said. 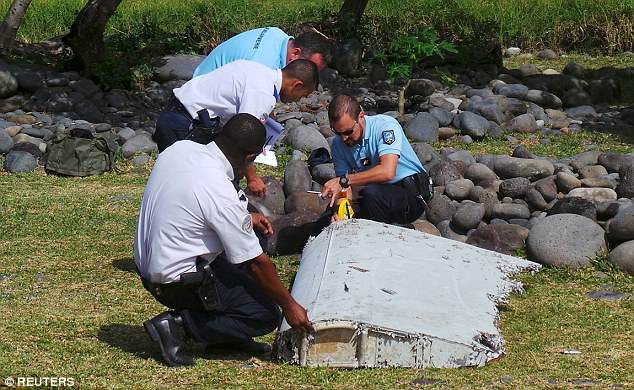 Pieces of debris have been found as far away as La Reunion (pictured), but the main body of the plane has still not been located

‘We sincerely hope that we will be able to again offer our services in the search for MH370 in the future,’ he added.

Australia, Malaysia and China agreed in 2016 that an official search would only resume if the three countries had credible evidence that identified a specific location for the wreckage.

The search area deemed by experts to be the most likely crash site was 9,650 square miles, an area roughly 25% larger than Wales.

Meanwhile, Malaysia’s transport minister, Anthony Loke, said a full report into MH370’s disappearance would be published in the near future, but he did not give a date.

‘I can assure you the final report will be published with full disclosure. There will not be any edits, or anything hidden,’ he told reporters late on Monday.

Asked whether the report would refer to controversial elements of the MH370 case, he said: ‘To me, whatever elements, we will just publish it’.

The Boeing 777 vanished on March 8, 2014, while flying from Kuala Lumpur, Malaysia, to Beijing. 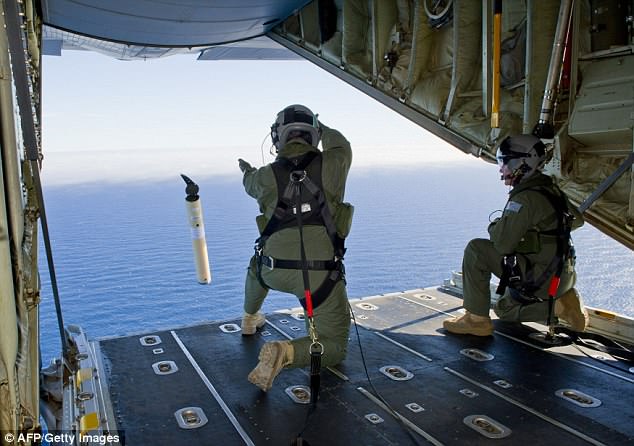 The original search focused on the South China Sea before analysis revealed the plane had made an unexpected turn west and then south.

Australia co-ordinated an official search on Malaysia’s behalf that scoured 46,000 square miles and cost 200 million Australian dollars (£113m) before it ended in 2017.

Last year, Australian authorities said the MH370 captain had flown a route on his home simulator six weeks before the disappearance that was ‘initially similar’ to the course actually taken by the aircraft.

Peter Foley, who led the Australian Transport Safety Bureau’s search efforts, told an Australian Senate hearing ‘control inputs’ had been made to fly the airliner off course, but he could not say if one of the pilots had done so.

Malaysian investigators said in 2015 they had found nothing suspicious in the financial, medical or personal histories of the pilots or crew.

Danica Weeks, an Australian resident who lost her husband on Flight 370, urged Foreign Minister Julie Bishop to call on the new Malaysian government to be more transparent about what they knew about the mysterious disappearance.

‘There’ve been so many theories and rumours and… we don’t know what is true and what isn’t,’ Ms Weeks told Australian Broadcasting Corp.

‘I want Julie Bishop to say to the Malaysian counterparts now: ‘what do you have? Where is the investigation at’?’

Foley, told an Australian Senate committee hearing last week that he still hoped that Ocean Infinity would be successful.

‘If they’re not, of course, that would be a great sadness for all of us,’ Foley said.