One desperate ‘last throw of the dice’ to strike a Brexit agreement is under way today as Boris Johnson gears up to push ahead with no deal.

Michel Barnier and the UK’s David Frost are resuming negotiations in Brussels after a call between the PM and EU chief Ursula von der Leyen failed to achieve a breakthrough.

As pressure builds with the clock running down, Mr Johnson is preparing to make a dramatic address to the nation explaining his decision to pull the plug.

The Cabinet has also indicated it will back the premier if he decides there is no point in continuing efforts to settle new trade terms before the transition period ends on January 1.

However, seasoned observers insist they have not given up hope on a last-minute agreement, with speculation that both sides are posturing and trying to extract maximum concessions.

However, in a joint statement afterwards they admitted there were still ‘significant differences’ between London and Brussels.

French demands for Britain to remain tied to EU rules have been highlighted as the biggest remaining obstacle.

If the impasse is not broken by tomorrow evening, when Mr Johnson and Ms von der Leyen speak again, Mr Johnson could take to the airwaves to inform Britons that the UK is leaving without a trade deal. 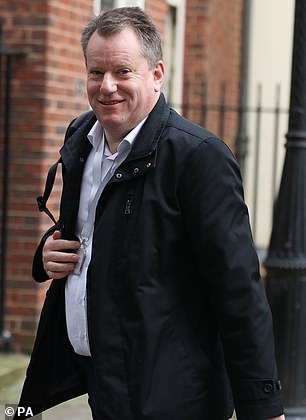 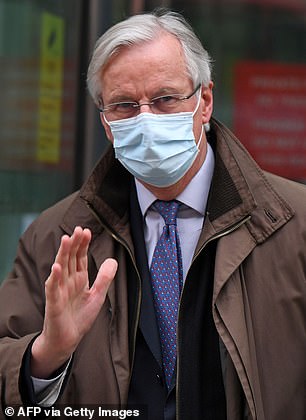 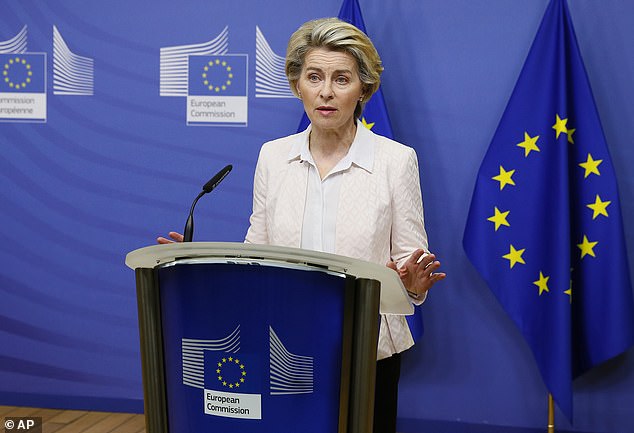 The middle of this week is regarded as the very final deadline because Parliament and EU states must approve the deal. There is a summit in Brussels on Thursday an Friday.

The Government’s scope to make concessions in the talks is limited by pressure from Brexit-supporting Tory backbenchers – with threats to try to force a leadership contest if the Prime Minister surrenders any of the country’s post-EU freedoms.

Sir Keir Starmer is having to self-isolate for the second time in four months after a member of his staff tested positive for coronavirus.

He is expected to remain in isolation until December 16 after coming into contact with the employee last Tuesday.

In September, he had to isolate after one of his children displayed ‘possible symptoms’ of the virus. He stayed at home until the child’s coronavirus test came back negative two days later.

The Labour leader, 58, will now be absent from Parliament at a critical time as the Brexit talks reach a climax.

However, Commons sources indicated last night he would be offered the same remote videolink facilities as Boris Johnson, who recently did Prime Minister’s Questions from No 10 when he had to self-isolate.

A spokesman for the Labour leader said: ‘Keir is well and not showing any symptoms. He will now be working from home.’

It said: ‘Both sides underlined that no agreement is feasible if these issues are not resolved.

‘Whilst recognising the seriousness of these differences, we agreed that a further effort should be undertaken by our negotiating teams to assess whether they can be resolved.

‘We are therefore instructing our chief negotiators to reconvene tomorrow in Brussels. We will speak again on Monday evening.’

The call took place after Mr Barnier and Lord Frost announced on Friday that they were putting the talks on ‘pause’ after the latest round of negotiations failed to achieve breakthrough.

Lord Frost is due back in Brussels with a small team of negotiators to attempt to work through the remaining issues.

While in the past much of the focus has been on the differences over fisheries, British sources indicated they would be looking particularly at the so-called ‘level playing field’ rules on issues like state aid for business.

A source close to the talks said: ‘This is the final throw of the dice.

‘There is a fair deal to be done that works for both sides but this will only happen if the EU is willing to respect fundamental principles of sovereignty and control.’

British negotiators were left stunned by a sudden hardening of the EU position at the behest of French President Emmanuel Macron, who said he would veto any deal that threatened French interests.

One source called them ‘unprecedented last-minute demands incompatible with our commitment to becoming a sovereign nation’, adding: ‘There is barely any time left, and this process may not end in agreement.’

In a further complicating factor, the UK Government is bringing back to the Commons legislation enabling it to override elements of Mr Johnson’s ‘divorce’ settlement with Brussels in breach of international law.

MPs will vote tomorrow on whether to overturn amendments by the House of Lords which removed the provisions in the UK Internal Market Bill relating to the Irish border. 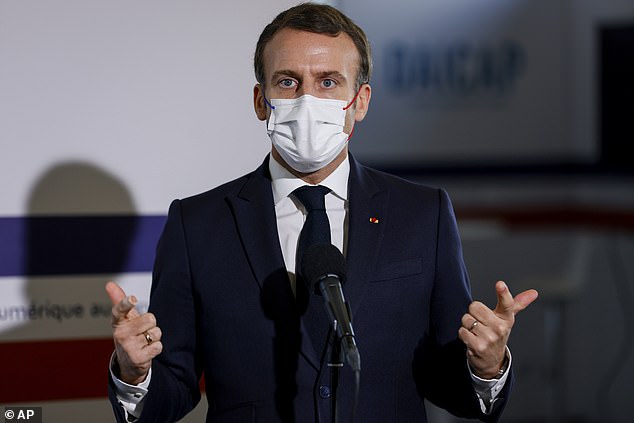 British negotiators were left stunned by a sudden hardening of the EU position at the behest of French President Emmanuel Macron (pictured), who said he would veto any deal that threatened French interests

MPs will then go on later in the week to consider the Taxation (Post-Transition Period) Bill which contains further similar provisions.

The legislation has infuriated the EU and – if it is passed – could further sour the mood in the negotiations making a deal harder to reach.

Peter Bone, one of the ‘Spartans’, a group of Tory MPs named for their hard line on Brexit, said: ‘I would bet my house Boris won’t sell out Britain in any deal he gets.’

Fellow Spartan Marcus Fysh insisted Brussels – not Mr Johnson – would have to compromise.

Sshadow cabinet office minister Rachel Reeves called on both sides to resolve their differences as swiftly as possible.

‘The British people were promised a deal and, with time running out, we urge both sides to get on with reaching an agreement,’ she said.

However, Brexit Party leader Nigel Farage expressed concern that they were moving towards yet another extension of Britain’s period under EU rules.

‘I do hope that this lack of an agreement does not mean we are heading for an extension,’ he tweeted.

‘After four and a half years, Brexit voters won’t tolerate that.’