A 68-year-old grandmother died after waiting an hour for paramedics and her last words were ‘where’s the ambulance?’, her family said today.

Paula, 46, was left holding her mother Lynda Manning’s head in her hands as she lay dying on the pavement outside her home in Swindon, Wiltshire.

Mother-of-two Lynda cracked her head open after falling outside her daughter’s home at around 11.40pm on September 28. 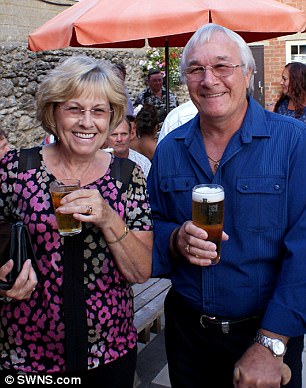 Paula (left, with Lynda), 46, was left holding her mother Lynda Manning’s head in her hands as she lay dying on the pavement outside her home in Swindon, Wiltshire. Lynda is pictured right with her husband Richard

The family had been celebrating Ms Manning’s birthday.

Ms Manning’s partner rang 999 but no-one noticed that Lynda’s head was badly bleeding – so their call did not flag up that her injury was life-threatening.

They were told that paramedics would get to Lynda as soon as possible but, on a busy Saturday night, crews were dealing with a high number of call-outs.

It was only when Ms Manning crouched next to her mother that the shocking bleeding was discovered.

‘It was late at night, it was dark and we couldn’t see the blood,’ said Ms Manning. 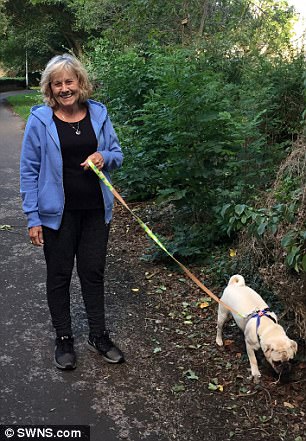 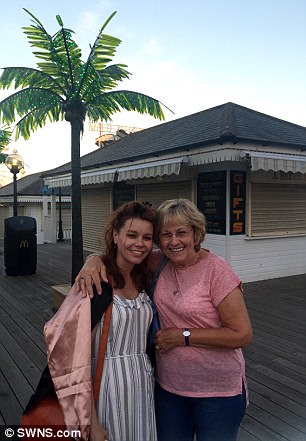 The family had been celebrating Ms Manning’s birthday. She is pictured with daughter Debbie

‘My mother’s last words to me were: ‘Why is no one coming to help me? Where’s the ambulance? My head hurts’.’

She put her hands behind her mother’s head in a bid to make her more comfortable.

‘There was blood on my hands,’ she said.

After an hour of waiting for the ambulance the family decided to drive Lynda to nearby Great Western Hospital themselves.

Lynda was taken by another ambulance to the John Radcliffe Hospital in Oxford, where she died five days later on Thursday, October 2 – on Ms Manning’s birthday.

But Ms Manning alleges that the brain bleed was such that her mother was brain dead before doctors could help.

‘She was already dead by the time she got to hospital,’ she said.

Ms Manning paid tribute to her mother, calling her an ‘amazing lady – she was someone you could rely on’. 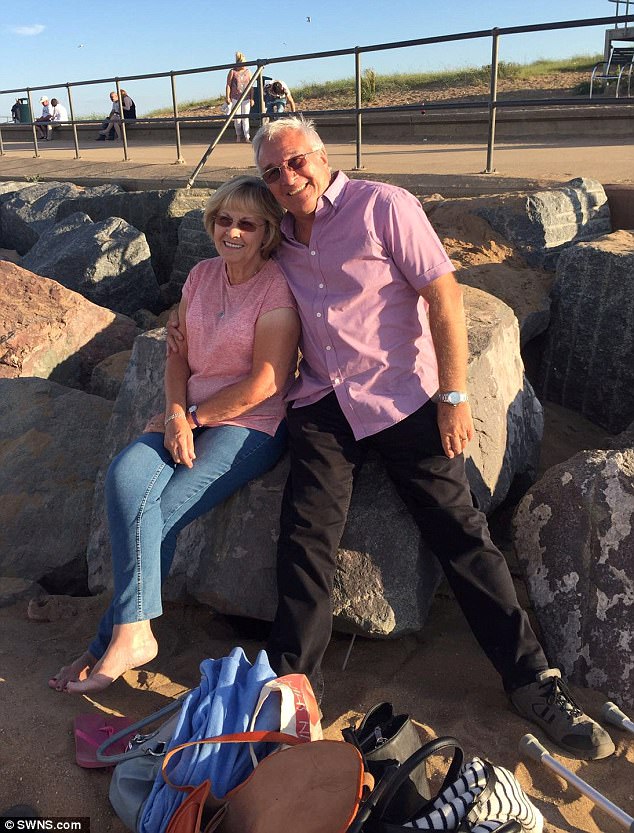 Lynda was taken by another ambulance to the John Radcliffe Hospital in Oxford, where she died five days later on Thursday, October 2 – on Ms Manning’s birthday

‘Don’t rely on them,’ she said. ‘Take matters into your own hands. What’s the point in calling them? They let us down massively.’

A spokesman for South Western Ambulance Service NHS Foundation Trust said: ‘On this particular day demand for the 999 ambulance service in Swindon was extremely high and we were dealing with a six per cent increase in incidents compared to 2016.

‘We will always clinically triage those patients most in need of an ambulance who are in a life threatening, time critical situation.

‘When demand is very high SWASFT staff and volunteers will be doing everything they can to attend as many incidents as possible in order of clinical priority.

‘Four further calls were received and the patient’s condition had not deteriorated. During the final call the caller confirmed they were standing down the ambulance and taking the patient to hospital themselves.’