It was a garage sale like no other. For among the items on sale was a £2,000 ostrich skin bin, bottles of vintage wine worth thousands, garden sculptures going for millions and art from some of history’s most famous painters.

The family of Saudi billionaire Sheikh Walid Juffali sold off more than 400 items from his sprawling country estate in Surrey yesterday.

The everything-must-go sale saw art works by Pablo Picasso and Andy Warhol auctioned off alongside a £55,000 ‘crystal’ piano and even a pair of 19th Century cannons.

His family are now selling off his luxury belongings, along with his £50million Bishopsgate House near Egham, Surrey, with the proceeds being divided between his three former wives and his five daughters.

The possessions of Sheikh Walid Juffali were sold off from his lavish Bishopsgate House estate near Egham, Surrey yesterday 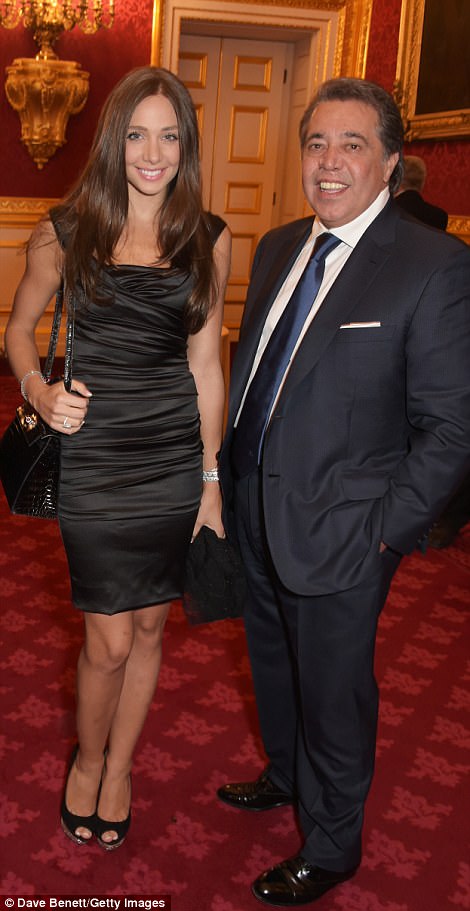 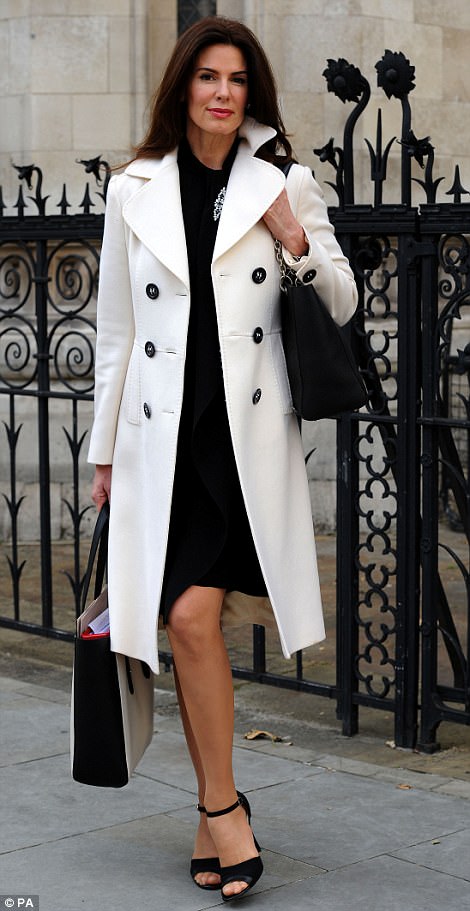 Among the more than 400 items which raised over £7million, was this ‘crystal piano’, complete with an acrylic transparent case and a colour changing LED lighting system 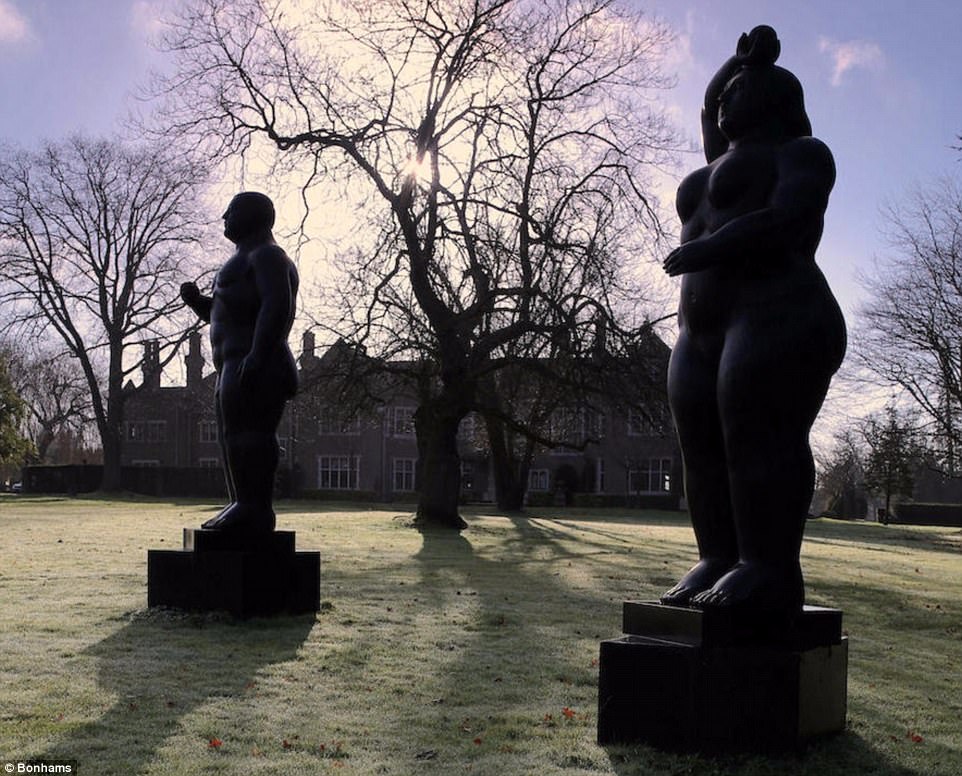 Yesterday’s sale -which lasted a marathon 10-and-a-half-hours – sold every item on the list and made the family £7.1million.

Among the most expensive items up for sale were Dr Juffali’s scultures of Adam and Eve by Columbian artist Fernando Botero. They sold for just over £2million. Another of his scultures sold for £1million.

A source told the Daily Telegraph: ‘There is a big auction and it is all by agreement.

‘There is money for his third wife, money for the second wife and money for all his daughters. Christina got what the court said she should.

‘It’s all confidential but people got what they wanted.’

Bonhams Head of House Sales, Charlie Thomas, commented: ‘The prices achieved today were impressive across the board, the wide range of exquisite works of art and furniture attracted bidders from across the globe.

‘We were thrilled to be able to offer such an astounding range of lots, and are pleased that so many found keen new owners.’ 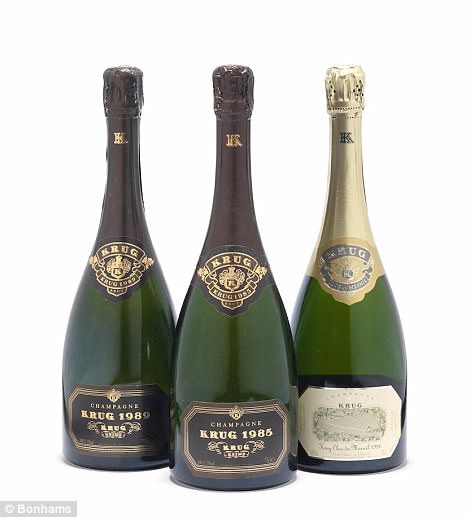 This desk set, including a tissue hold, bin and business card holder all covered in ostrich skin, sold for £2,000 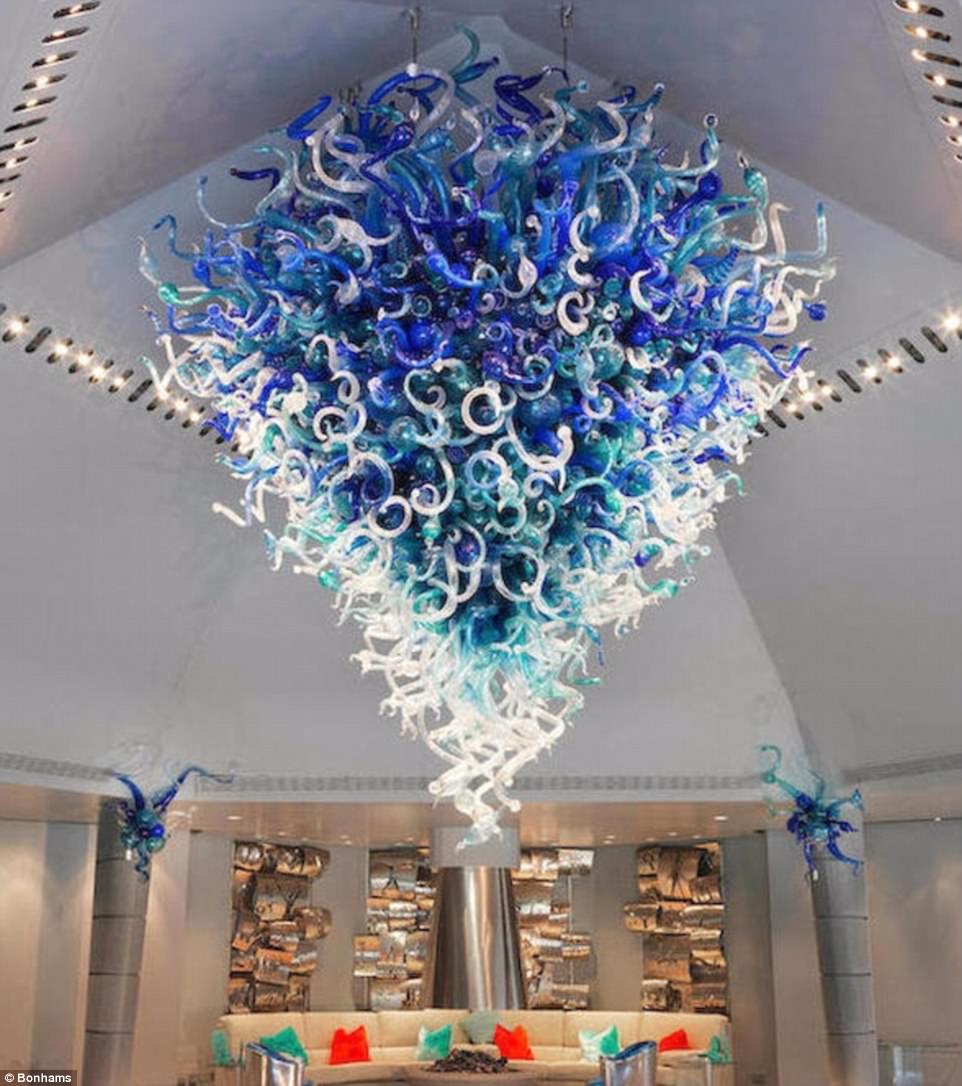 This stunning ceiling installation, made with blue and white glass by American artist Dale Chihuly sold for £75,000 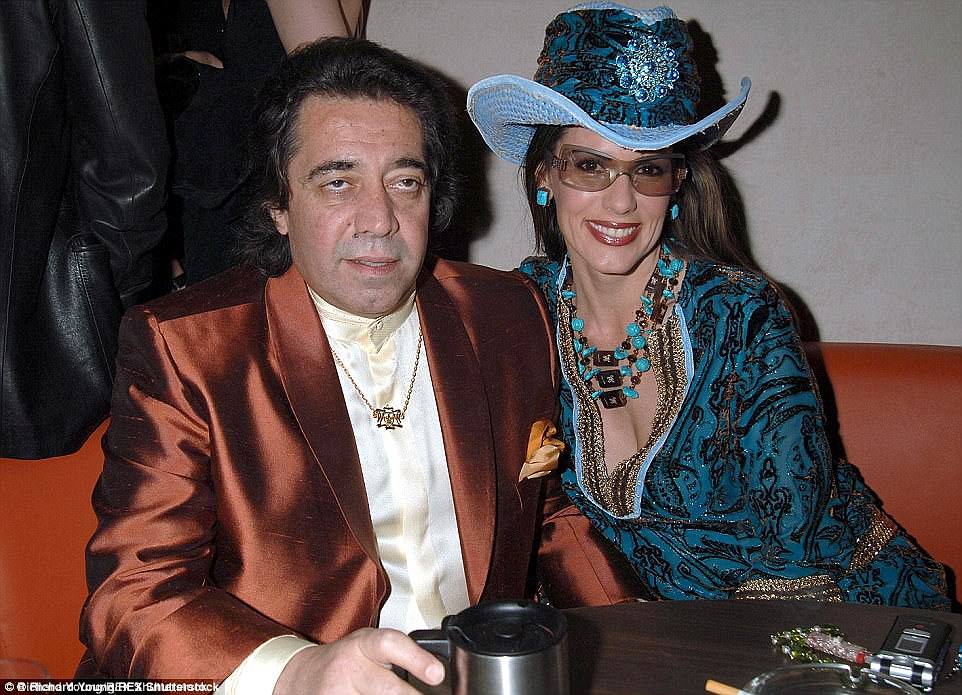 Loujain Adada, Lebanese supermodel and TV presenter, and Dr Juffali, 60, at their Venetian themed wedding in 2012 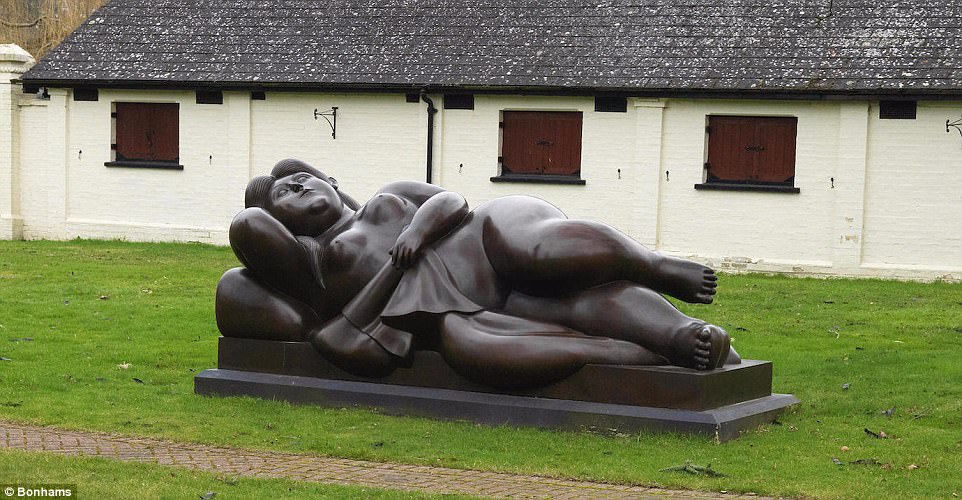 This sculpture by Colombian artist Fernando Botero, which sat in the sprawling gardens of Bishopsgate House, called ‘Reclining Woman’, sold for £1,088,750

The house where the sale took place was the centre of one of Britain’s most expensive divorces, between a supermodel and her Saudi billionaire ex-husband.

And now this 16-bedroom home, complete with swimming pool, tennis court and helipad, is set for a new owner after being put on the market for £50million.

But when the businessman, whose fortune was estimated at £8billion, secretly married another wife, a Lebanese model 35 years his junior, Miss Estrada sought a divorce – demanding £196million. 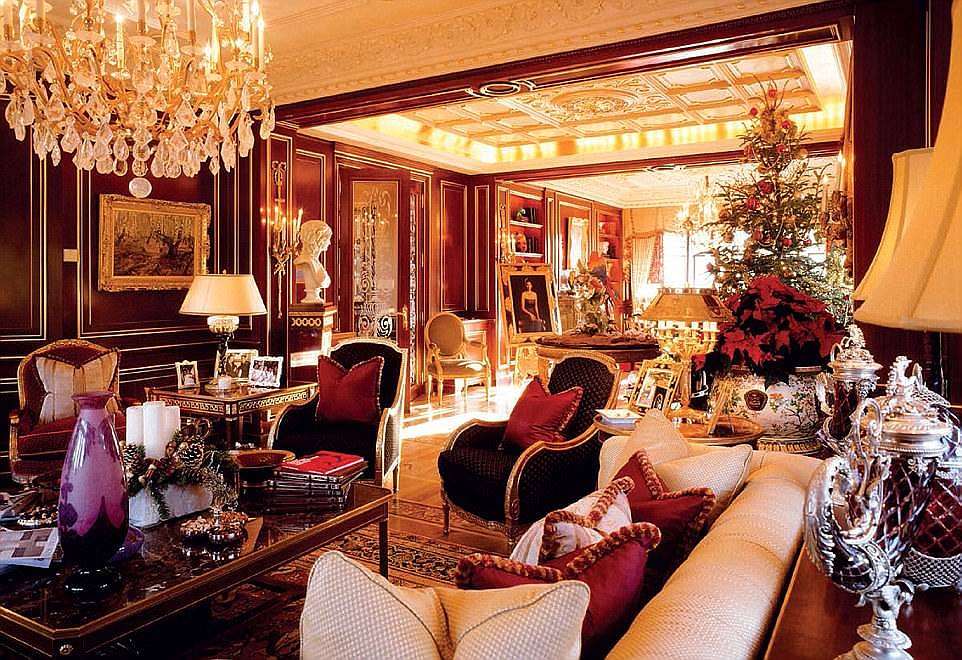 This reclining figure sculpture, also by Fernando Botero, sold for £788,000 at the 414 lot auction hosted by Bonhams 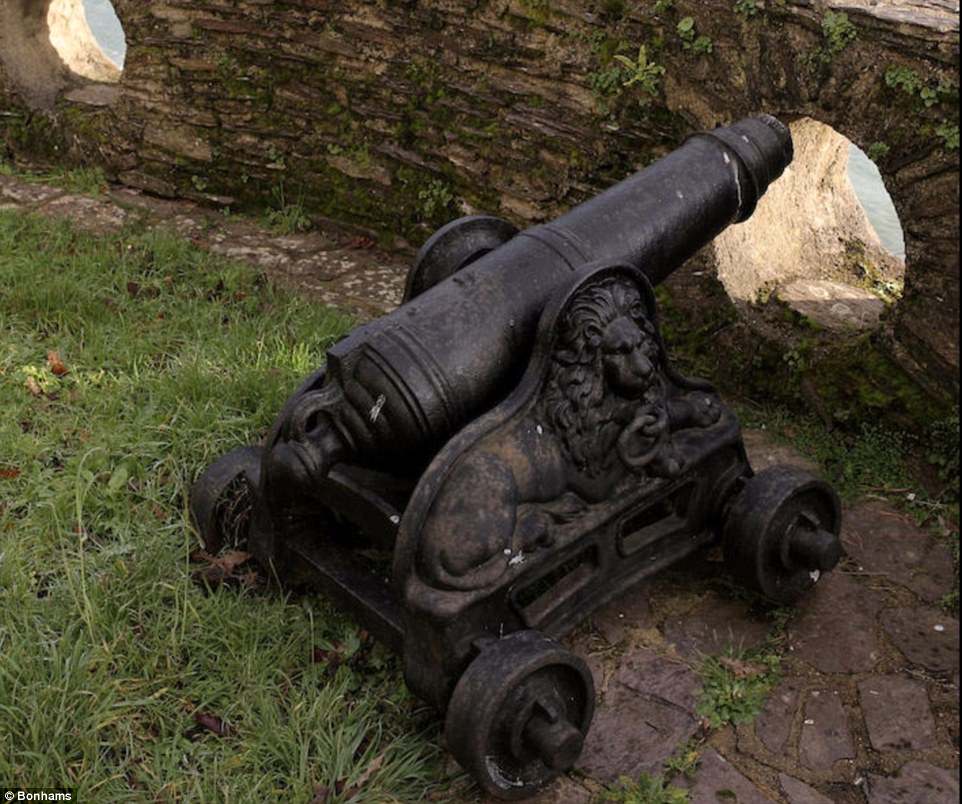 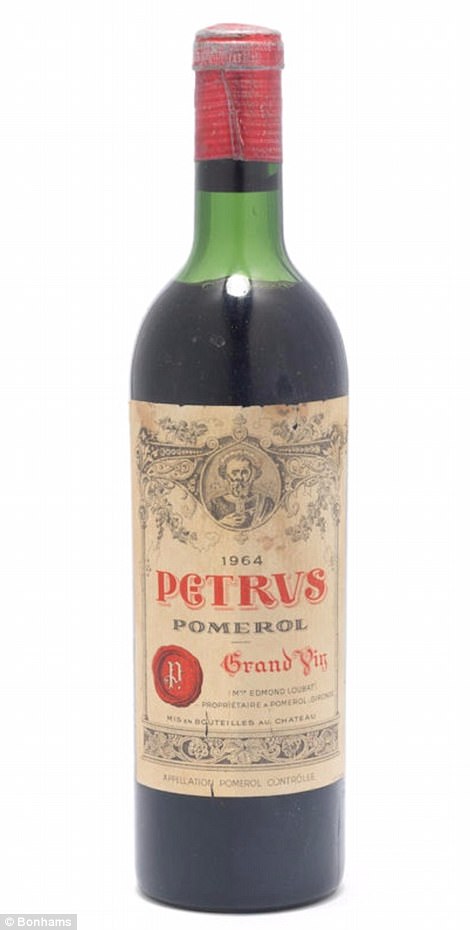 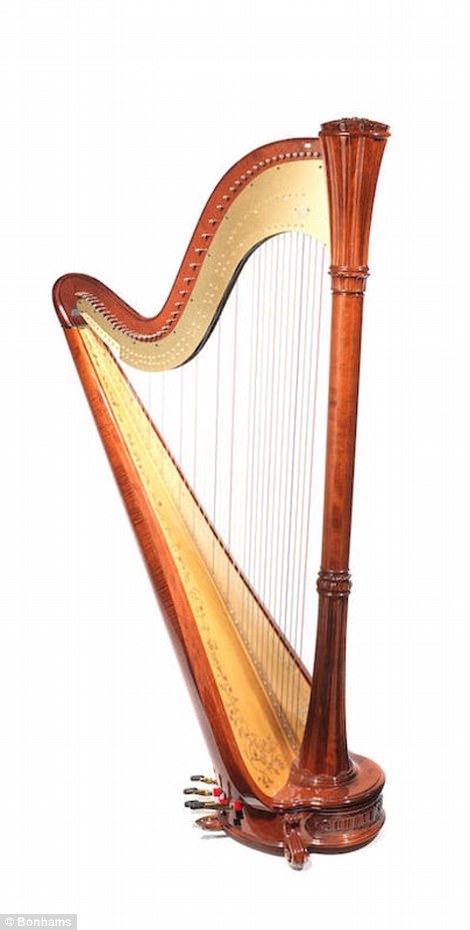 Among the gems from Dr Juffali’s huge wine cellar was this 1964 Petrus Pomeral. This Salvi ‘Diana’ Harp sold for £10,000 A royal Copenhagen Flora Danica dinner service set, created in the late 20th century, was sold at auction for £93,750 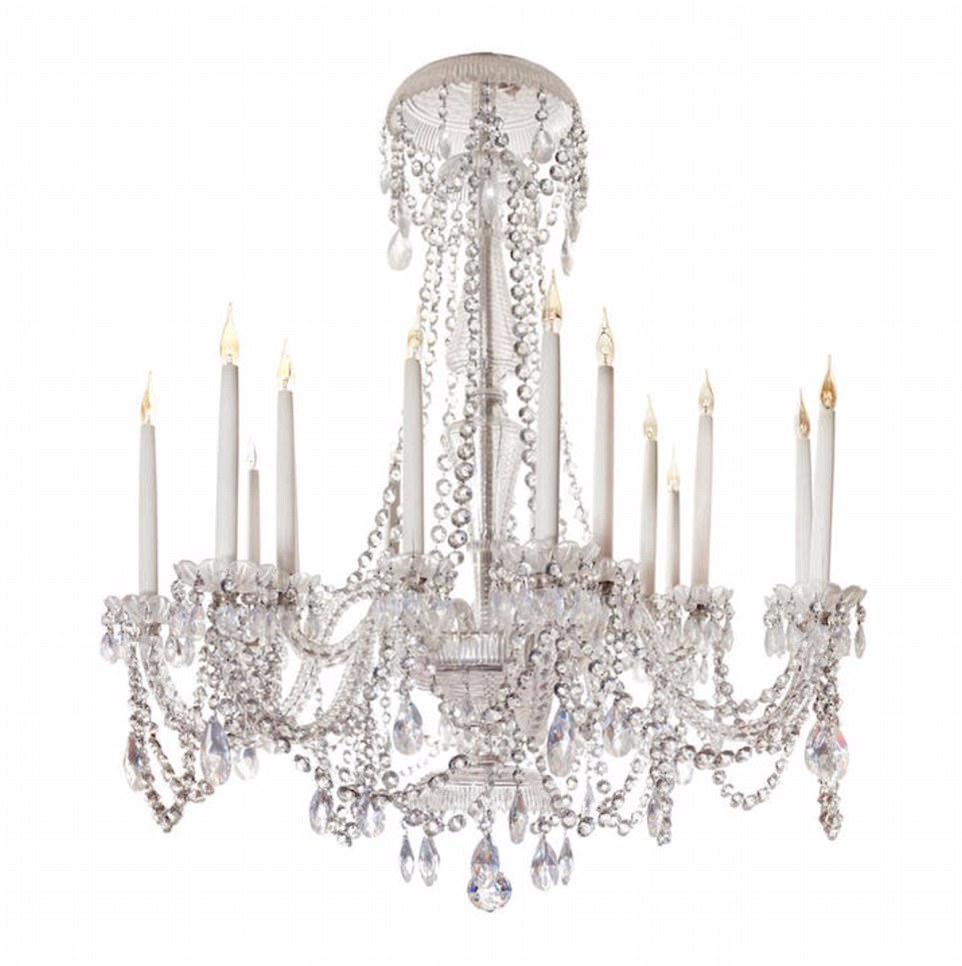 A pair of cut glass sixteen-light chandeliers (once of which is pictured above) sold for £47,500 following an on-site auction

Miss Estrada was awarded £75million, and Dr Juffali, 61, died from lung cancer less than two weeks after the case was settled in July 2016.

US-born Miss Estrada, who lived in Bishopsgate House with their teenage daughter, told the High Court she needed £55mllion for a new London home that met her needs, saying: ‘You have to understand, I’m moving from a 20-bedroom home [Bishopsgate House] to a five- or six-bedroom home.’

She had suggested three ‘appropriate’ homes, costing £55million to £68million, to substitute for the former marital home near Windsor Castle. Her other demands included £40,000 a year for a fur coat and £109,000 for dresses.

And Miss Estrada, who was once romantically linked with Prince Andrew, claimed an annual travel budget of £2.1million, including nearly £600,000 for private jets and £247,000 to book the Paris Ritz’s presidential suite for a week. 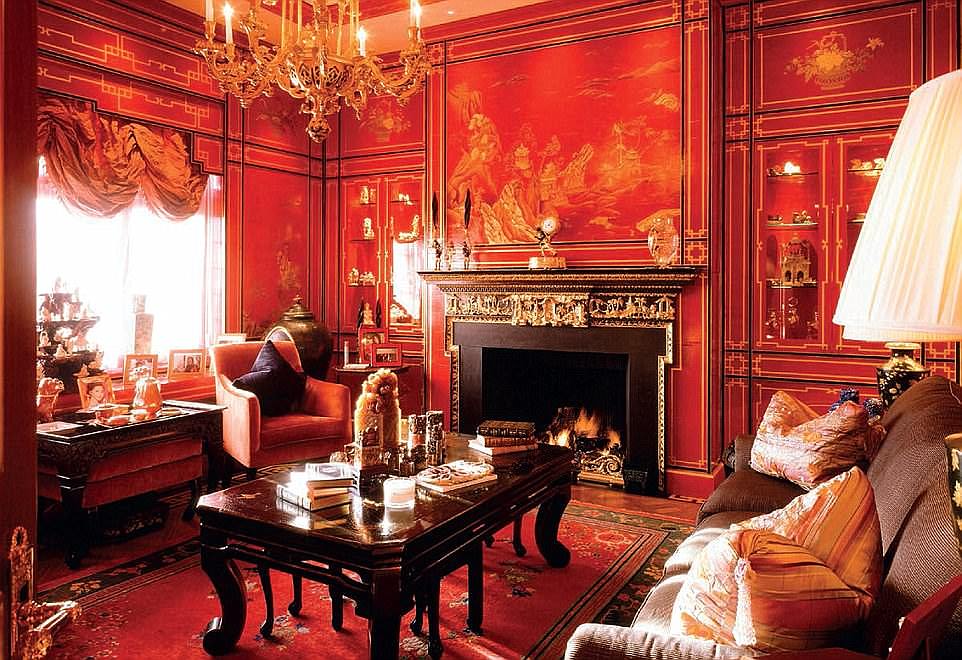 The house, which has 16 bedrooms, a swimming pool, tennis court and helipad, is itself on the market for £50million 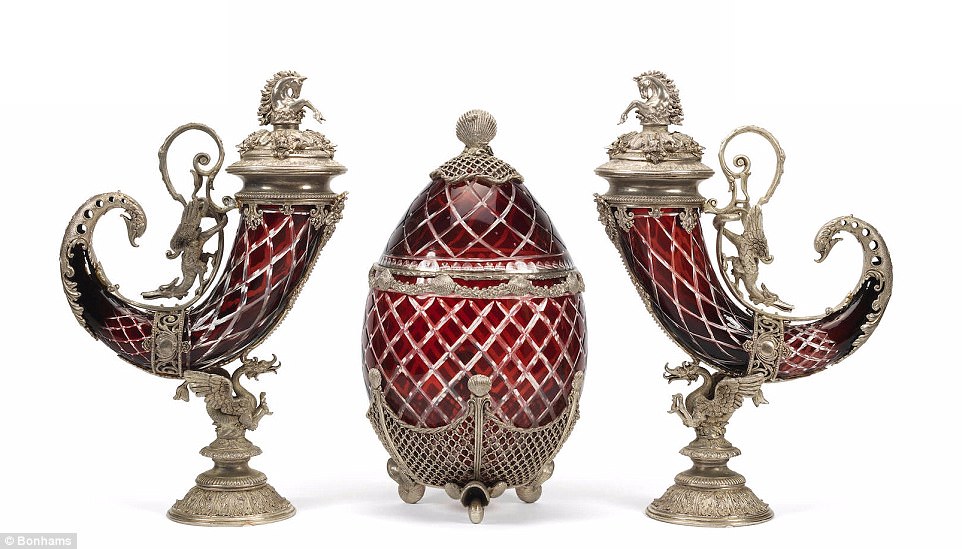 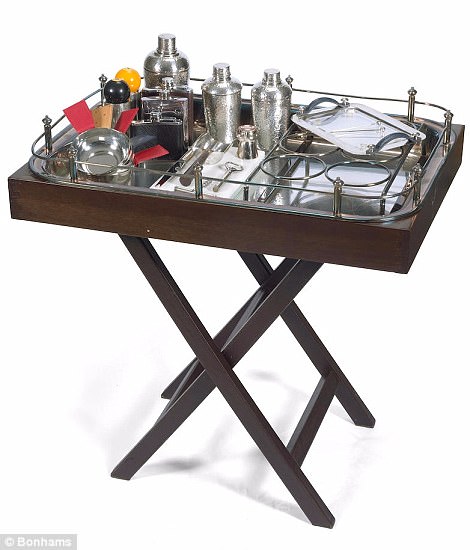 A charming mini-bar set including hip flasks and cocktail shakers went for £1,300. These beautiful French vases made £6,000

Miss Estrada told family judge Mrs Justice Roberts: ‘I am Christina Estrada. I was a top international model. I have lived this life. This is what I am accustomed to.’

Miss Estrada, who is understood to have already received her divorce payout, met Dr Juffali in 2000, when he was already married, but he divorced his first wife to wed Miss Estrada.

But in 2012, he secretly married model Loujain Adada, with whom he had two children. Two years later, he divorced Miss Estrada in Saudi Arabia under Islamic law without telling her.

She had to apply for financial relief in England as she could not bring a case in Saudi Arabia, where polygamy is legal.

Miss Estrada is now said to be enjoying a friendship with businessman Camillo Caltagirone. This painting (The Mandolin Player by Conrad Kiesel), one of several that was auctioned off by Bonhams, was among the most expensive sold at £106,250