Wayne Bennett has fiercely defended Latrell Mitchell’s right to privacy after the star fullback was visibly upset walking off the field at Bankwest Stadium on Friday night.

TV coverage showed the 23-year-old in tears and being consoled by Bennett and teammates in the Rabbitohs’ sheds following their 40-12 win over the Warriors.

When asked why Mitchell was upset, Bennett leapt to the defence of his star man.

‘He may well have been (visibly upset) but it’s got nothing to do with you,’ Bennett said. 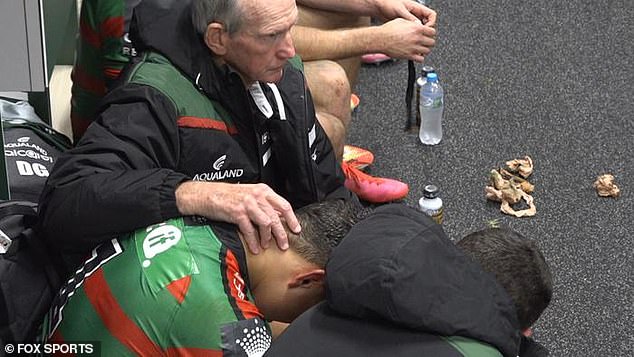 ‘The changeroom for me has always been a sacred place and unfortunately the game gave away a lot of our rights to those places but in my mind and in my head, it’s a place where we can go and be who we want to be and not have to answer to anyone.’

After suggestions that fans would like to know what happened to Mitchell, who had played a key role in his side’s impressive victory, Bennett bit back.

‘The fans would love to know a lot of things that we don’t tell them, OK? They won’t be disappointed, they’ll understand my position on it,’ he said.

The match’s emotional finish followed a fiery moment in the 65th minute where replays showed Warriors hooker Wayde Egan’s hands on Mitchell’s face, raising concerns the Rabbitoh had been eye-gouged.

Mitchell reacted strongly and the players came together in confrontation before teammates split them apart. 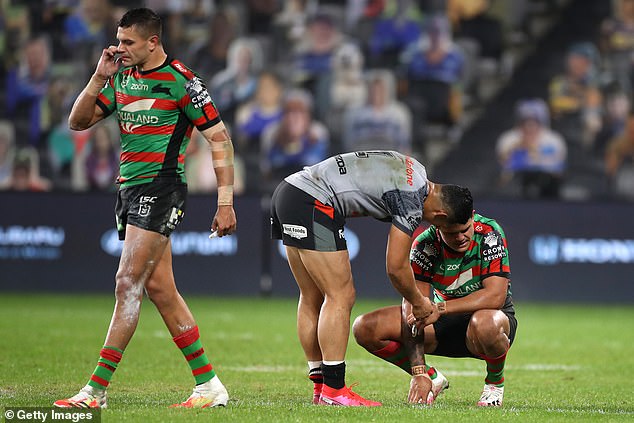 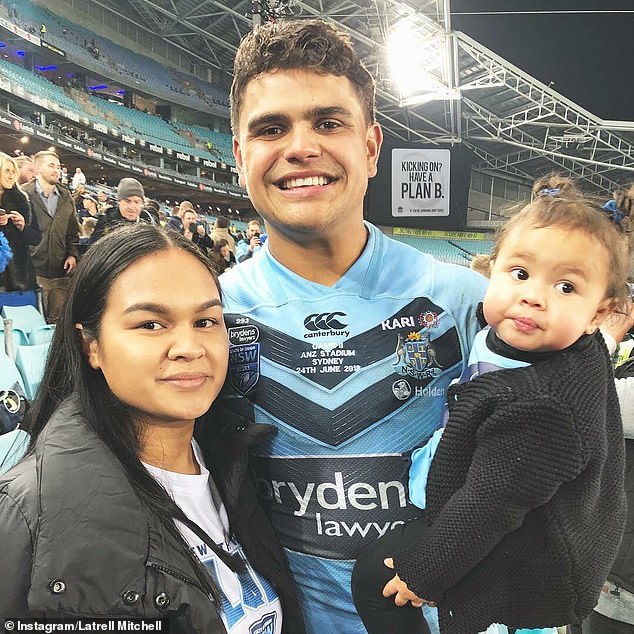 ‘I saw pushing and shoving but Wayde Egan is as good as they come. I couldn’t imagine that being the case,’ said disappointed Warriors coach Stephen Kearney afterwards.

The flashpoint put a sour note on the night for Mitchell who has begun to find his groove in the number one jersey for South Sydney.

In their first back-to-back win for the season, Mitchell starred with two try-assists in a slick performance at the back.

Two bullet passes from Mitchell gifted Campbell Graham and Alex Johnston tries in the first half to set up an unassailable 22-6 lead at the break.

A week after they trounced North Queensland in Gosford, the Warriors crumbled under a poor completion rate, maintaining their own trend of inconsistency this season.

Just three weeks ago the Warriors set an NRL record for most consecutive completed sets with 44 against St George Illawarra but they looked a far cry from that high standard on Friday night. 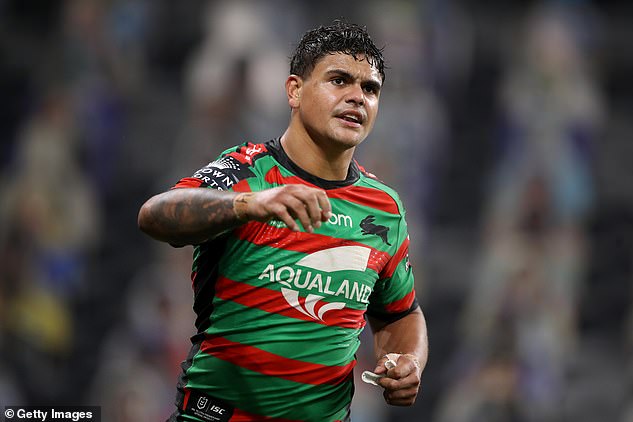 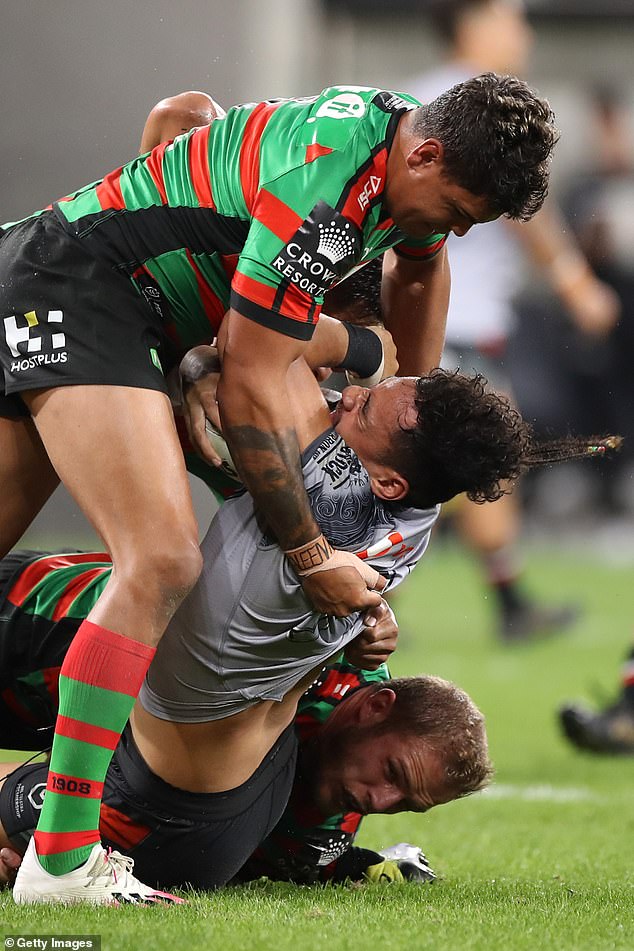 Instead, in front of a devoted crowd of 436 fans, it was the Rabbitohs who found their groove.

Milestone man Cody Walker was sin-binned at the end of the first half but made up for his transgression by scoring through broken play on the line just minutes after he returned to cap off a memorable 100th NRL game.

The Warriors scored first, in the sixth minute, when Blake Green floated a ball out to winger David Fusitu’a, but that’s where the joy stopped until Agnatius Paasi grabbed a consolation try in the dying minutes.

Forward Lachlan Burr was lost to concussion early in the first half, while Fusitu’a was also taken off after copping a high shot from Mitchell – who could face sanction from the match review committee – while attempting to score. 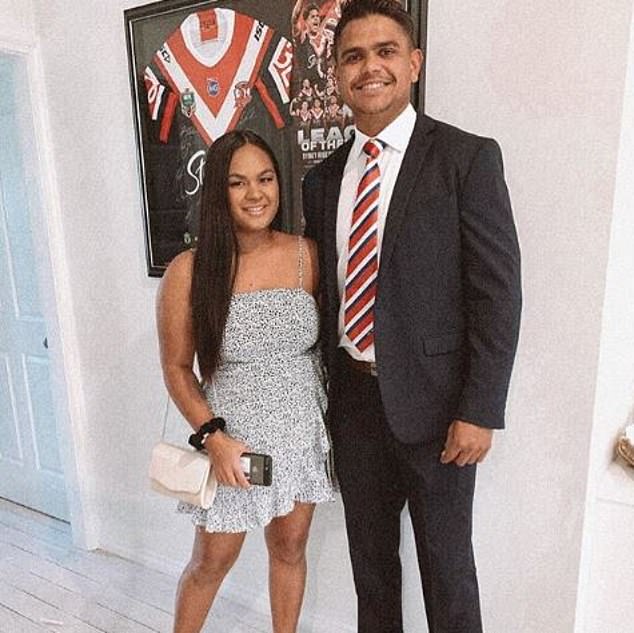 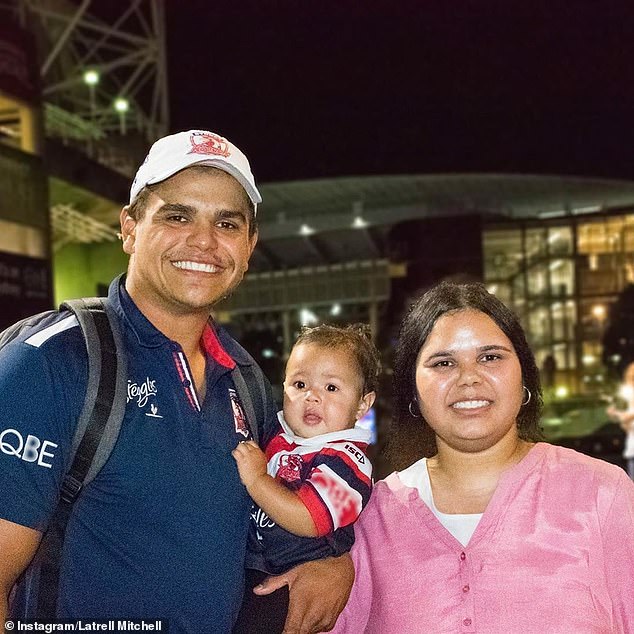