The 22-year-old Roosters star has been looking for another club after his current team withdrew their two-year, $1.6million offer.

Mitchell turned it down because he believes he is worth more money.

The Wests Tigers also withdrew a lucrative offer because they felt they were being treated as a backup option.

The Bulldogs and the Souths have both denied interest in Mitchell.

The Titans have shown interest in signing him, but they would need to free up space to be able to afford his asking price.

Mitchell’s move to the Rugby League sparked outrage on social media as many believed the decision would further alienate him from the NRL.

‘Whoever is in this bloke’s ear has absolutely no idea. Seriously, as much as I loathe them, why wouldn’t they accept 800k from the Roosters first up?’ one person said.

‘One of the best young talents in the game, receiving the worst advice imaginable.’

Another said: ‘Now Latrell’s people have played the rugby union card, there’s only one thing left – the NFL!!

‘Not sure who is advising Latrell – he seems to have about 3 managers – but can’t remember a more ham-fisted handling in recent years.’

Former professional rugby league and rugby union footballer, Timana Tahu, penned a column for the SBS in May and argued Mitchell should be a priority for Rugby Australia.

‘For the next high-profile player that they wanna look at, throw big money at, I’d be looking at Latrell,’ Tahu wrote.

‘It’d be a massive loss for rugby league, but for rugby union, he’d bring a new audience, new sponsorship and help change the Wallabies.

‘It’s perfect timing because there are two or three years for him to get his game knowledge up … the next World Cup is in 2023.’ 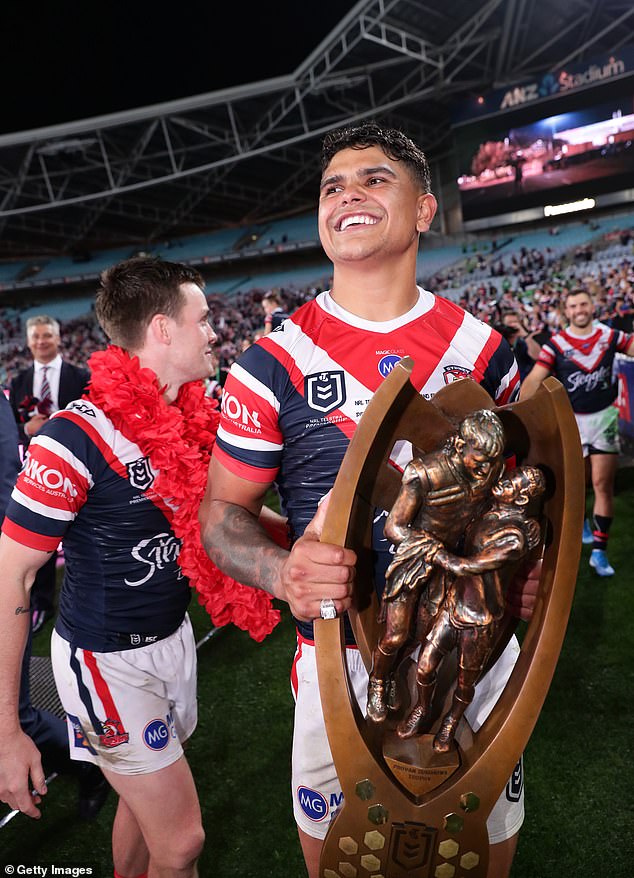 The 22-year-old Roosters star has been looking for another club after his current team withdrew their two-year, $1.6million offer after Mitchell turned down the offer because he believes he is worth more money (pictured: Latrell at the 2019 NRL Grand Final)